On this crisp February morning, Kirkland Horton and Jarius Gooch we are smiles as they walked into the central office at Water Valley High School. With family and coaches surrounding them, Horton and Gooch were the center of attention.

“They care more about the players than just trying to win. They want to make you better in life outside of football,” Horton said this morning when asked why he chose ICC. “Along with the coaching staff and defensive scheme, it was the right fit.”

After ICC, Horton, a multi-year starter at safety for the Blue Devils, hopes to advance to a Division I, or FBS, school and major in mechanical engineering. While Kirkland will miss the football family he has grown with, Gooch will miss the pancakes.

“Other schools thought I wasn’t big enough to play. Holmes thought I was pretty big,” laughed Gooch, who also wishes to attend a university after junior college.

The players play on different sides of the ball, and when asked who they try to mimic on the field, Gooch responded with a quick and confident “Michael Oher.” Horton gave it some thought and, as if a light bulb had switched on his head, grinned and said, “Chancellor. Seattle Seahawks safety, Kam Chancellor.”

A strong sense of family and togetherness has been engraved at Water Valley, and that is thanks to head coach Brad Embry and the rest of the Blue Devils’ staff. “We want them to remember the good memories. Memories of the little things. The way our coaching staff tried to instill values, doing things right each and every day. Good habits, not only sports, but life. If they remember that, then we’ve done a good job.”

It is fair to say Embry has done an excellent job coaching his young men into better people along with great football players. Horton and Gooch have been prime examples of what Embry wants from his players.

“Showing up every day ready to work and leading by example,” Embry said. “They are going to be hard to replace, but you pride yourself on that and now it’s time for the next player to step up.”
Gooch and Horton hope to have successful careers at their respective schools and will not forget the families that helped them get there. 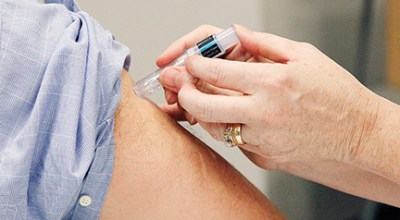