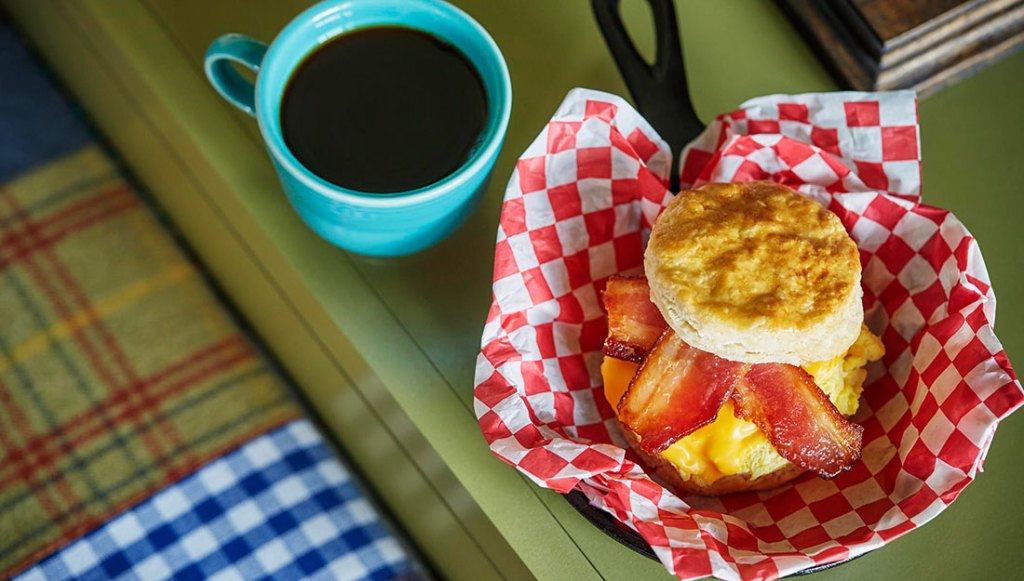 When it opened in September, the Graduate Hotel was committed to offering the most unique experience Oxford could offer — including the dining options in its two different restaurants.

Both Cabin 82 and The Coop have an unmistakable Mississippi feel to them and that is not by accident. Both restaurants are full of ingredients and menu items that are distinctly Mississippi with an Oxford and Ole Miss connection. In fact, that connection even goes so far as to include the “first family of football” at the university. Williams Brothers, which is a general store and much more in Philadelphia, is owned by the father of Olivia Manning – Archie’s wife. The store supplies bacon, bologna, sausage and cheese and other meat products from its butcher shop to be used in recipes developed at The Coop and Cabin 82.

Cabin 82 is a coffee shop and café, modeled to pay homage to the Neshoba County Fair — a Mississippi tradition. The ceiling lights are designed to look like parts of a carnival ride. Visitors can enjoy their coffee on patch-quilt benches. The front of the service counter is covered with old fair tickets in an intricate design, but it’s the food patrons come to enjoy.

Cabin 82 has a breakfast, lunch and dinner menu, all priced under $10. Williams Brothers supplies bacon and sausage to biscuit and egg sandwich, as well as the signature fried chicken biscuit.

“Cabin 82 pays tribute to the traditions and flavors of Mississippi,” said hotel chef Jon Davis said. “We are proud to offer a menu of high-quality, locally-sourced ingredients, which will hopefully provide our guests with a delectable taste of the South.”

On the fourth floor is The Coop, a chic but sassy terrace and lounge where pictures of chickens mix with crystal chandeliers and farmhouse fixtures. From the patio, one can just about look down over the entire Square.

“People travel a long way to be on the Square and see the view,” said Luke Chamblee, part owner of The Graduate. “And we’re lucky we were able to capture that view.”

While coming for a view or a room, Graduate staff encourages partaking in some cuisine with deep Southern roots and heritage.

The digging of Hilgard Cut