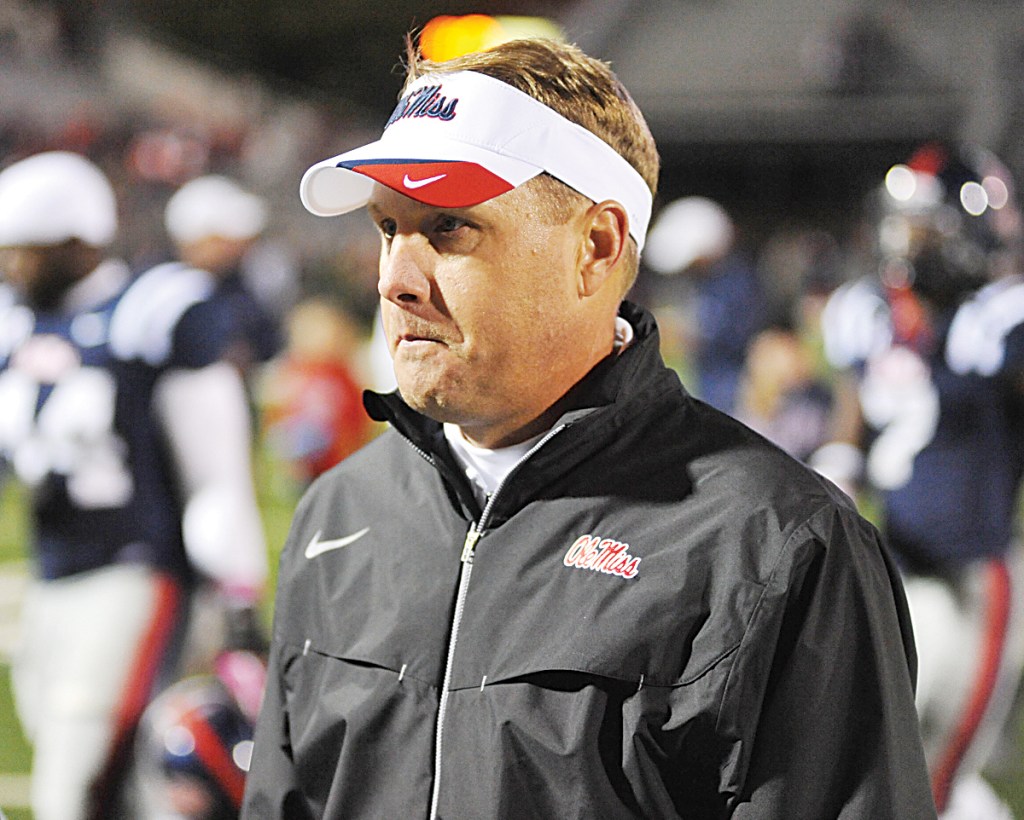 Ole Miss just wrapped up what’s been ranked as the most successful recruiting class in program history, though the haul could’ve been even better had the Rebels nabbed more of their targets Wednesday.

Did the recent reports of the school receiving a Notice of Allegations from the NCAA alleging rules violations within the football program scare some of Ole Miss’ remaining targets away?

Hugh Freeze can’t say for sure, but the Rebels’ coach admitted when talking publicly for the first time about the subject that it certainly didn’t help.

“I don’t think it blunted the momentum. Maybe it hurt us in a couple of battles where kids were undecided,” Freeze said after putting the finishes touches on his 24-member class Wednesday. “I don’t really know. I’m sure it didn’t help. But the timing of that and the way it was put out I think was quite peculiar. I wasn’t crazy about that.”

The school receiving the official notice, which also alleges violations in women’s basketball and track, was first reported by Yahoo Sports’ Pat Forde on Friday, the same day some of the Rebels’ most targeted recruits arrived on campus for the last official visit weekend before national signing day.

Ole Miss athletic director Ross Bjork confirmed in a statement Saturday that the school’s legal counsel had received the notice of allegations within the three sports and that it stemmed from an investigation into the women’s basketball program under then-head coach Adrian Wiggins in 2012, the track team under then-head coach Brian O’Neal in 2012-13 and the football team under former coach Houston Nutt and his staff. The only connection to Freeze’s tenure, Bjork said, is the withholding and reinstatement this past season of offensive lineman Laremy Tunsil, who received a seven-game suspension from the NCAA after an investigation found he received extra impermissible benefits.

Freeze said he sat down with the recruits who were in town over the weekend, which included Starkville receiver A.J. Brown, Noxubee County defensive end Jeffery Simmons and Germantown cornerback Nigel Knott, and “told them exactly what I knew to be accurate and true the first night we were together” before he and Bjork broached the subject with them again Saturday night.

“I would bring it up myself and say, ‘Hey, is there any discussion you want to have on it?’” Freeze said. “Those were the only times that I know it was talked about at all. Again, you talk about what you can. You share with them everything that you know and be truthful.”

“We’re going to go through it, but we believe in how we do things,” Freeze said. “We’ve said that from the get-go.”