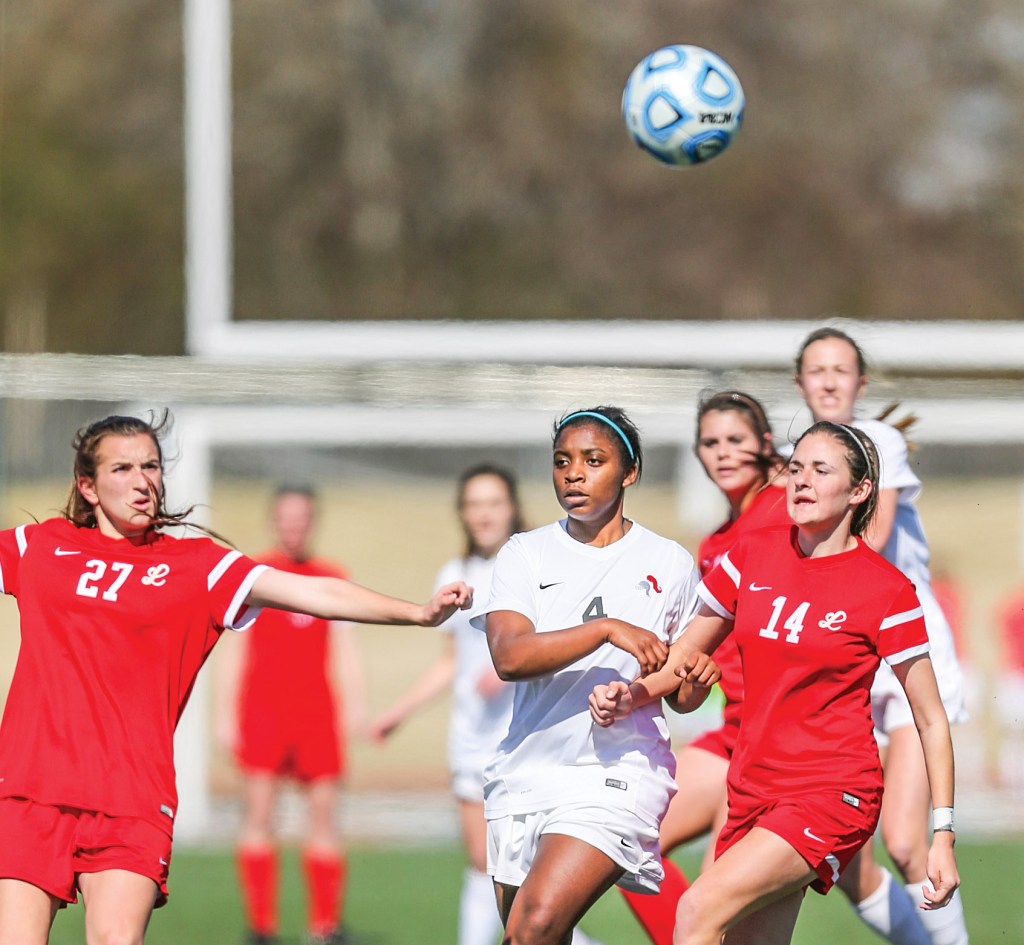 That was the recipe for success for the Knights, who defeated Lafayette 3-1 in the MHSAA Class 4A girls state soccer championship Saturday at Madison Central High School.

The Commodores were looking for back-to-back state championships after winning their first in program history a year ago.

The first goal of the match came early when West Lauderdale’s Riley Thompson shot one past Lafayette goalkeeper Ana Branch in the eighth minute. Lafayette (20-3) had to spend a majority of the 40 minutes on the defensive as the Knights (21-2) were on the attack, keeping the ball in Commodore territory throughout.

“They’re a phenomenal team,” Lafayette coach Melinda Scruggs said of West Lauderdale. “I think we matched up. We just obviously didn’t have it on our side today. On both teams, we had players that were outstanding. I think all around, I couldn’t have asked my girls to do a better job of pressuring. I don’t know if we could have made other adjustments or other changes. Ultimately, I know they left it all on the field.”

Another aspect of the West Lauderdale game plan was to make sure no less than three Knight defenders were around Houghton at all times. That resulted in the Lafayette senior not touching the ball until more than 10 minutes had passed.

“We knew we had to with (Houghton),” West Lauderdale coach Alex George said. “We knew we weren’t going to be able to shut her down. We just had to contain her the best we could. I thought our back line kept enough pressure on her and won some good 50-50 balls.”

The Commodores were able to gain a little momentum midway and late in the first half, but every clean look found West Lauderdale goalkeeper Clair Campbell’s hands. Lafayette’s best chance came late in the first half when Houghton found her sister, Maddy, wide open in front of the goal, but the shot went straight to Campbell to keep it a 1-0 lead at halftime.

Besides the Houghton sisters, Lafayette was not able to get anything from the rest of its offensive attack as West Lauderdale was able to bottle up anything that came into its half of the field.

With the Commodores’ offense stymied, West Lauderdale took advantage, scoring two more goals in the second half. Caroline Green made it a two-score deficit with a goal after cleaning up a rebounded shot in the 51st minute.

The Knights’ third goal was from Celeste Boswell in the 65th minute. Lafayette avoided the shutout when Alley scored the Commodores’ lone goal off a rebound when her penalty kick was blocked by Campbell with two minutes left in the match.

The attempt at a repeat state championship was denied, but the Lafayette girls soccer program is in a better place after what the team has achieved the past two seasons.

“What we’ve accomplished and where we came from has been great,” Alley said. “It didn’t end the way I wanted it to, but we’ve still got a lot more and there’s a lot of talent that’s coming up. I’m just going to continue to watch them as they grow.”

Metcalf ‘excited’ to take over as Pearl River’s offensive…