Everyone knows everyone on the hill 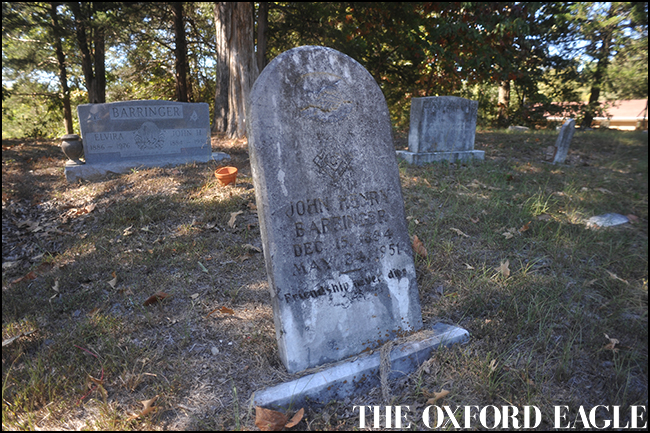 Price Hill Cemetery sits at the entrance of Price Hill.

These are the first stories in an ongoing series featuring Lafayette County African American neighborhoods that will run each Sunday in February in honor of National Black History Month. Today we are featuring Price Hill and West Spring Hill

Many of the residents living in the Price Hill community grew up together. Generation after generation have fond memories of sliding down the hill when it snowed or running back and forth to each other’s homes on summer days and enjoying a game of jacks.

Much of what is now West Jackson Avenue, and the land around it, was once owned by African American farmers like Elmo Price, according to Preston Taylor, an alderman for the city of Oxford whose ward covers Price Hill.

Price owned about 100 acres that he divided up and sold as lots to other black families in the 1950s. There was not much there but the hill, trees and the St. Paul’s Church, where the Jackson Place shopping center is now located.

“Mr. Price thought it would be a nice place for a subdivision for people who wanted a home,” Taylor said. “He was a wise man who saw the need for housing.”

More and more homes started to pop up on the hill.

“There were no roads,” Taylor said.

When a road was finally built, it was named after the man who started the Price Hill neighborhood.

Lisa Jenkins has lived in Price Hill all of her 52 years of life.

“Everyone is like family to me,” she said. “We all came up together. Everyone knows everyone. If anything goes wrong, we all know about it. If something bad happens, we know it’s from someone up here visiting because we all came up from good parents and were taught better.”

“Some of the deacons from Christ Temple take care of the little cemetery,” she said.

About 20 years ago, the late Mildred Quarles headed up the effort to get the city to build a small park in the neighborhood for the children. The park, named Price Hill Park, has recently been updated and improved with new bathrooms, new playground equipment and has also been made handicapped accessible.

“I’ve been watching and staying up on the park to make sure all that got done,” Taylor said. “We had some ladies go to the park one day and they couldn’t get up the hill there. I said we got to have some steps.”

Jenkins said while Price Hill has stayed very much the same over the years, the world surrounding the still mostly black neighborhood has changed greatly with all the businesses on West Jackson Avenue. That, along with its proximity to the University of Mississippi, Jenkins says developers are always coming around “looking to push them off the hill.”

“I don’t know what I’d do if I had to move,” she said. “We’re all family here. We may not act like it all the time but all families got their issues. But this is home.”