ANOTHER ONE: Lady Chargers extend winning streak with rout 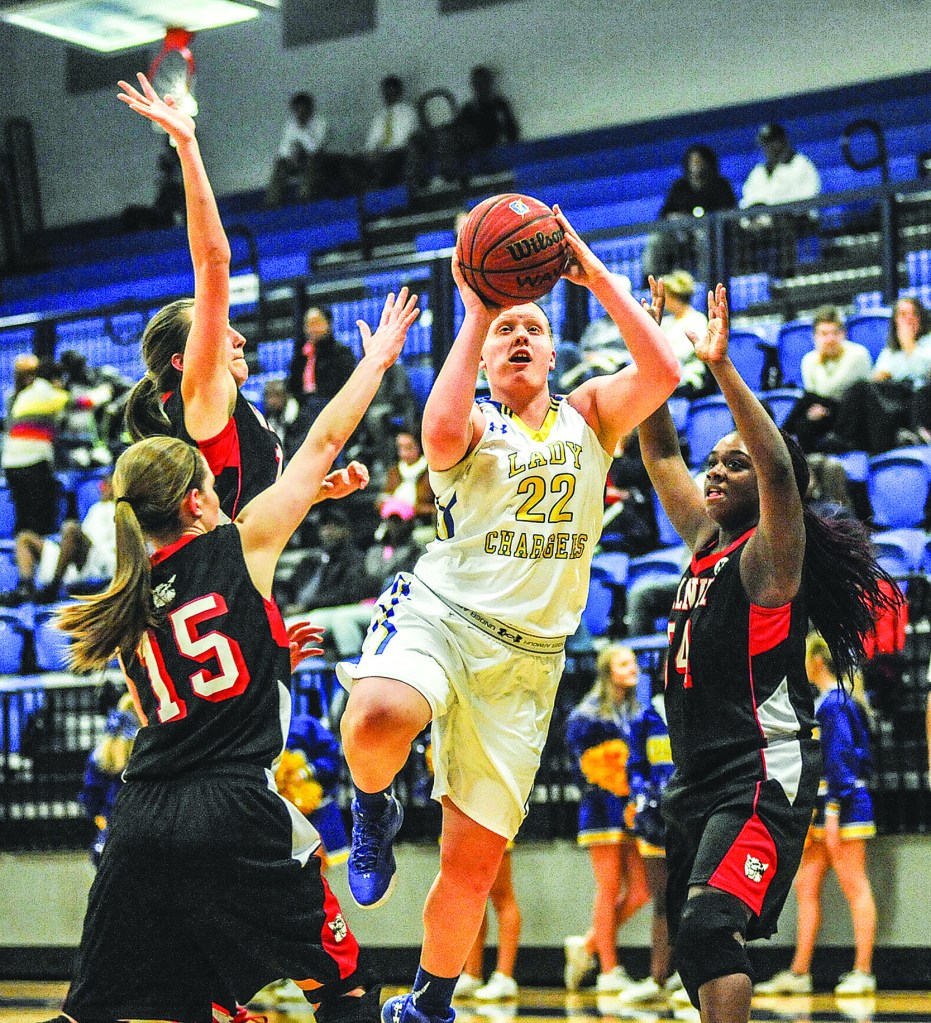 Cliff Ormon wasn’t exactly sure if he had the personnel for his first Oxford team to wear down opponents like so many of his other teams have over the course of a season, but the Chargers’ girls basketball coach knew it wouldn’t be because of effort.

“When I saw them in practice the first time and watched them, I knew that they had the type of character and were the type of kids that were willing to do whatever it took to be good,” Ormon said.
Turns out Ormon’s system is working just fine.

Walnut was the latest victim of Oxford’s combination of pressure defense and up-tempo offense as the Chargers picked up a 67-38 victory Tuesday at the Oxford High gymnasium. Oxford (21-4) built a double-digit lead early in the second quarter and never let up to run its winning streak to 13 games.

Oxford, which will be the No. 1 seed in next week’s Region 2-5A tournament after finishing region play with a win at New Hope on Friday, got 15 points from Maggee Hobson and 14 points apiece from Tiara King and Aliyah Herod. Emma Schultz added 11 points.

With King leading the press, the Chargers’ defense once again generated instant offense, forcing 29 turnovers with many of them leading to easy baskets. Oxford, which also knocked down seven 3-pointers, stretched the lead to 20 at the half and led 52-24 entering the fourth quarter.

“Tiara King does so much on the front of our press or wherever she’s guarding,” Ormon said. “She affects it with her speed, her length. Our other kids have bought into that hard work as well, and it’s a team thing with our pressure.

“We’re definitely seeing some results, and I think the kids like playing fast, too.”

Boys end skid
Oxford’s boys got back in the win column with a 71-50 victory in the nightcap of Tuesday’s varsity doubleheader.

Terry Williams recorded a double-double with a game-high 23 points and 10 rebounds while Jarkel Joiner added 19 points for the Chargers, who snapped a three-game losing streak. Williams had 17 of his points in the first quarter to highlight a 70-percent shooting performance (20 of 29) from the field for Oxford in the first half.

“I thought we did a good job swinging the ball against their zone, and the zone he was in, yeah, he’s capable of doing that,” Oxford coach Drew Tyler said of Williams. “When his legs are under him and he’s really getting under the ball, definitely.”

The Chargers (16-9) played more man defense than usual to try to take advantage of their smaller lineup with forward Cole Cromwell out with a concussion. While Tyler assessed the defense as spotty at times, the fast offensive start helped Oxford quickly pull away as the Chargers led 50-29 at the half and emptied their bench in the final two quarters.

Oxford made 12 3-pointers and finished with 22 assists. Manse Pulliam led Walnut with 15 points.

Oxford will stay home Thursday for the regular-season finale against Coldwater.