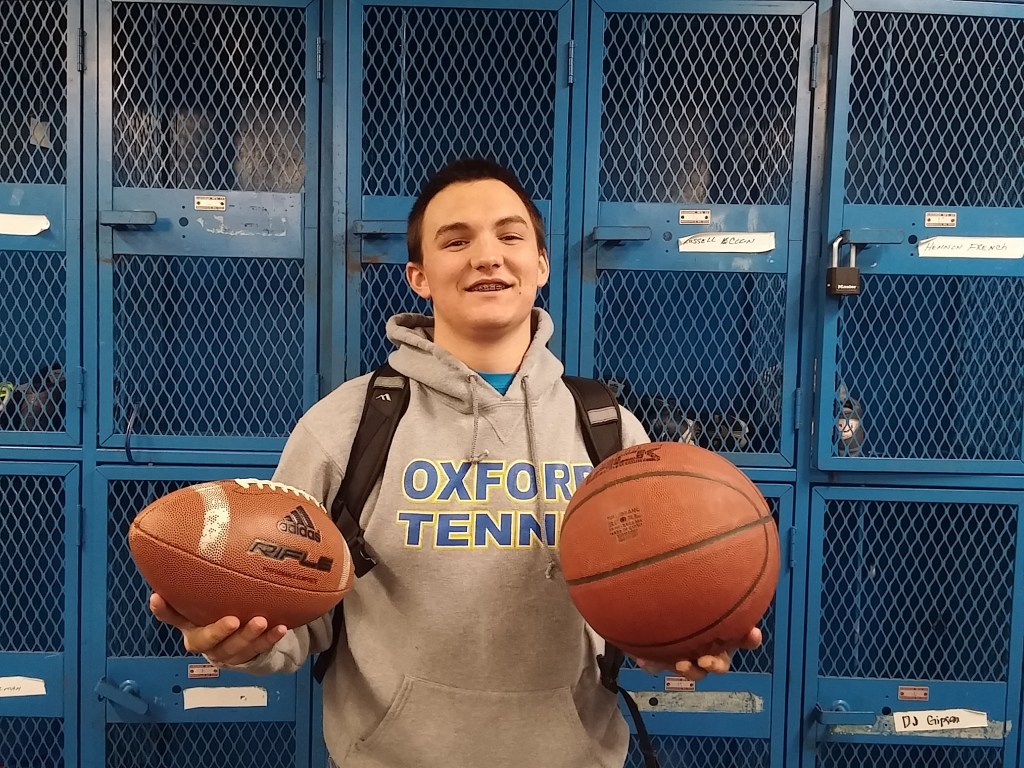 Whether it is on a field, in church, in class or at home, one Oxford eighth-grader is doing his part to be a leader.

Don Fruge, 14, is involved in his church, in Beta Club and plays basketball, football track and tennis. But the Oxford Middle School student is learning some serious life skills in Teen Leadership.

“It’s kind of like where you go and become a better leader,” Don said. “It teaches you how to interact with people and be more social and more outstanding.”

The course has taught him valuable communication skills and ways to work with others wherever he goes, including at home where he’s the oldest of four children.

“I started doing better once I got into Teen Leadership because I started learning how to interact with other people and stand up for people instead of being a bystander,” Don said. “I try to be friendly with everybody even if I like or dislike them. I don’t try to put people down and am always open to arguments and figuring out a way to agree with somebody.”

He’s put his newly developed skills to use in the school’s hallways, too.

“Earlier this year one of my friends was getting bullied,” Don said. “He’s in seventh grade. But some of the people I got close to and I had to stand up for him without getting in trouble ourselves. That was pretty hard because we didn’t know when the bullying was happening. We just knew we needed to stick up for him. We fixed it and he doesn’t get bullied as much anymore. It still happens, but it’s not as big of an issue.”

In addition to the course, Don is learning leadership on the football field while playing left tackle.

“Being part of the team and getting better every day” are his favorite parts of football.

Don is an all-A student, and his favorite class is math, specifically the high school-level algebra class he is taking. He said he’s worked hard to juggle all of his extra-curricular activities and ensure there is still time to study to make the grades.

“Don is an excellent example of a student with a growth mind-set,” said OMS Principal Audra Rester. “He continues to look for ways to challenge himself academically and athletically. Don consistently shows respect for others. He is one of the many students we have who strive to make a positive difference every day at OMS.”