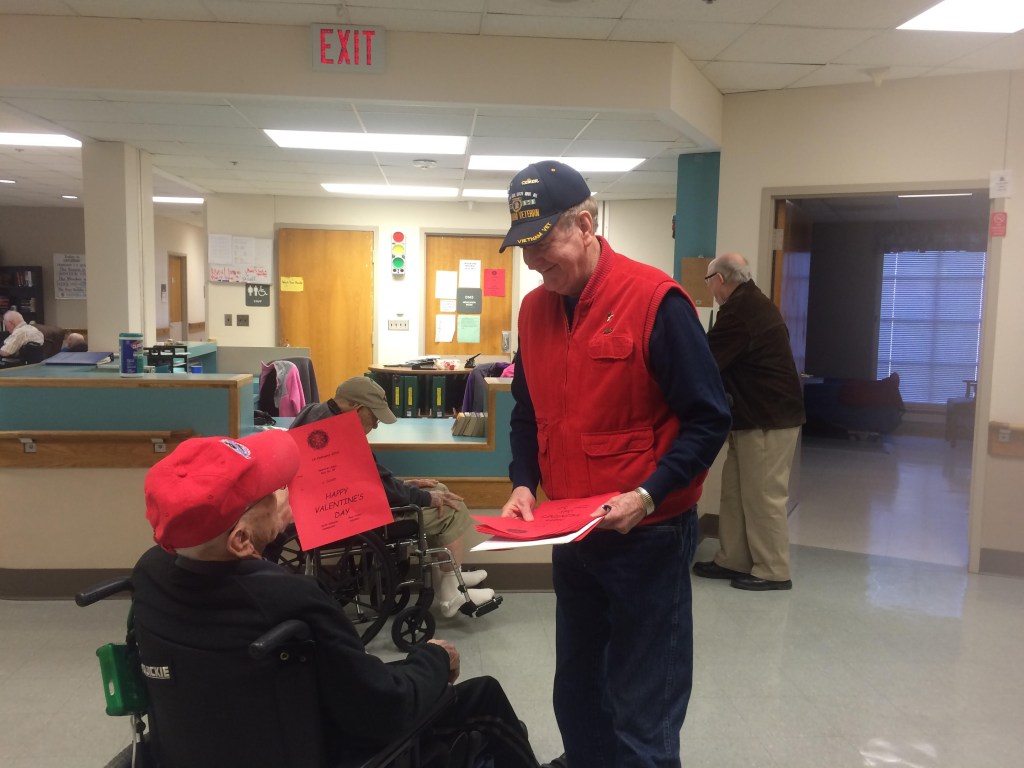 About a dozen American Legion members separated into groups and delivered nearly 200 cards room-by-room to the Mississippi State Veterans Home of Oxford, Hermitage Gardens, Brookdale and The Blake.

Gillespie said his favorite part of visiting the veterans home is interacting with other service members on a personal level.

Legion members agreed that everyone was well-received by their fellow service members.

While some rooms had other holiday gifts already, other rooms were plain. Not everyone had received a special gift until the group came through Saturday.

Legionnaire and organizer Will St. Amand, a World War II veteran himself, complies and updates the information each year and arranges the visits.

He said the Oxford chapter has been visiting the veterans annually since 2009.

St. Amand does his best to make sure every service member is accounted for and on his list. He spends hours making sure every veteran has a card with his or her name on it. He even makes extras to give out to the nurses.

More than anything, members strive to reflect on how they can improve the visit each year.

St. Amand said the chapter will discuss ways to make next year’s visit an even better experience at the following meeting.

The Oxford chapter of the American Legion meets the second Thursday of each month at the Veterans Building in Oxford.