Gordon Center a spotlight for Abbeville 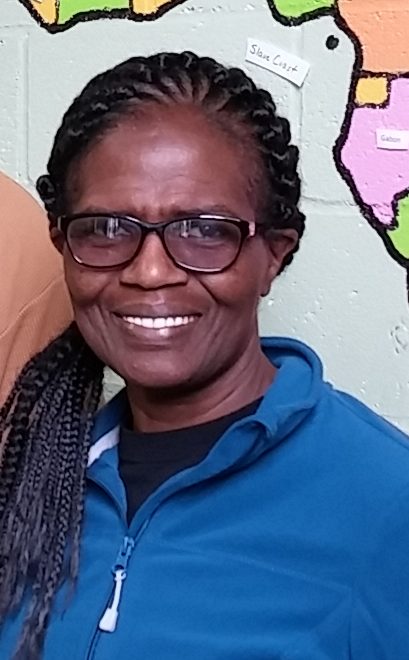 Abbeville can boast coming together when someone is in need or uniting for a good cause, and a prime example is the Gordon Cultural Community Center.

The center, at 35 County Road 115, west of Highway 7, was in need of repair and its rejuvenation has proven successful. The effort at revitalizing the former 1950s-era school that was built for black students was spearheaded by Janice F. Carr in 2006, and 10 years later the building tells a story.

Carr, 61, isn’t alone in her efforts to inspire and preserve the community, both black and white. She had a long list of now-deceased residents like Leonard Thompson, William Buford and the Rev. Arthur Herrod to look to for inspiration.

Carr moved to Abbeville in 2002 and works at the University of Mississippi, and now can add director of the community center to her resume.

“When I moved here this building was all boarded up and the roof caved in and it was just really in a dilapidated state,” she said. “In about 2006 after the Head Start center moved over here, I was walking down the road and noticed the building was sitting here and the bricks on it were together and it looked like it was something that could be preserved.”

She contacted women in the community, who brought her up to speed on it being the first black school and the fact it was built by Lafayette County and opened to the first students in January 1950.

It was the black leaders in the community who made the school happen.

“Leaders in the community went to the Board of Supervisors, and they told them they would fund $4,000 toward the building if the community raised the other $4,000,” Carr said. “The way the funds in the black community were raised was by doing fish dinners in churches and so forth.

“So when I heard that history I started inquiring about renovating and preserving this history. We had to do almost a total rebuild. Just about the only thing that was still good were the walls and floors. The county still owned the building, so the county did put the roof on it, but they said we had to do the rest of it. So we did the same thing that the original people did in the community – we started selling dinners and raising funds however we could.”

Home Depot, LOFT and Bennett Construction provided grants and in-kind labor and a group of about 12 “worked dutifully and faithfully,” Carr said getting it in shape.

“When we decided we were going to use this building for the purpose it was originally built for, education, we started the summer enrichment camp, and our first camp was in 2014,” Carr said.

United Way got on board and its funding enabled the hiring of a teacher. A VISTA was on board also.

“Our summer camp was in 2014 and we started out with 13 students and they came and they did not have running water or a bathroom,” Carr said. “They had a port-o-toilet that was put out there. We had to bring in water. They were kind of reluctant at the beginning, so I told them this is what your forefathers had to do. They didn’t have inside bathrooms, running water, air conditioning. So I said you’re getting a little taste of it. Some of the same students came back the following year and we had all of it, and so they appreciated it. By not having and then having, they appreciated it.”

The six-week camp was open to any student in Lafayette County from first through sixth grade, with a limit of 30 students. The first year, all the students were black. The second year, three races were represented.

“We want all students because the more people work together and be around each other the better they are going to understand each other,” Carr said.

The building next door to the school, the former Head Start, is the next project for the group that runs the Gordon Center.

“We are hoping to use it as a workforce training where we will teach all the trades because we have a lot of young people that may have finished high school, and there are some that have not, and they have no transportation to go anywhere,” Carr said. “We want to provide a place where they can be trained to do a specific job. We’re looking to do all the trades like plumbing, bricklaying and construction work.”

Asbestos has to be removed first, and the nonprofit needs to find a steady donation base so more grants can come its way.

Carr’s main goal in bringing new life to the building was all to be a part of the community and help the next generation.

“If I’m in a community, I feel like I have to contribute to it, so I just wanted to contribute something,” she said. “This building has a legacy and a history. That was my driving force, to have something remaining for the community.

“Whatever you do, you do it for the next generation, and as kids come through here I like to tell them the story about this building, about what happened and why this building had to be here. I want them to take from that, preserve what you got and don’t hold things that happen. Don’t forget it, but don’t live it.

“You try to strive for the best you can do. That’s what we teach in our cultural enrichment and that’s what I want our kids to learn. We try to gear our program toward children.”

Dale Timothy Gordon, president of the center’s board of directors, said Abbeville is all about working together.

“To me Abbeville is such a low-key community and we come together when we need to when something is going on,” the 53-year-old said. “We communicate pretty well.”

Gordon was born and raised in Abbeville, is a deacon at Jeffrey Chapel Church, drives a school bus for Head Start and has a lawn service. But he spends a great deal of time fixing up the center and doing whatever is needed.

He’s seen the community grow and a Dollar General come in and wouldn’t want to be anywhere else.

“This is home,” he said. “I just haven’t found any places I like better than Abbeville out in a rural area. You get fresh air and peace and quiet when you want.”

And he said it’s a community that sticks together to give residents opportunities to succeed, especially the youth.

“We have a lot of people who were inspirational in the community, giving back to the community, trying to get young children a better head start, guidance,” he said. “With the Gordon Community Center we are hoping to continue to encourage young men and women to pursue careers, whether they be here or somewhere else, but to move forward in life. That’s one of the things we would like to do, to be sure we can set the stage for generations to come, to have something to look forward to, something to work with and some places to go — positive things.”

The center will continue to be a backbone for Abbeville and its youth as long as Gordon and Carr are involved, and they hope it can be more than a summer site.

“We want to continue to get this building moving on a daily basis where we can have something going on here at all times,” Gordon said. “With the enrichment program we already have in place we would like to add to it, to get people to support it, so we can continue to educate our children, build their morale and keep the youth interested in the community to want to see it grow.”