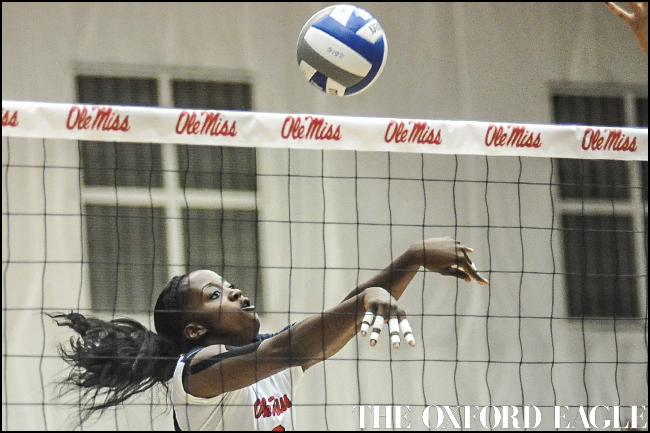 The death of a two-sport athlete has the Ole Miss and Oxford communities in mourning.

An investigation into a two-vehicle crash Thursday night that claimed the life of Ty Laporte is ongoing, according to the Mississippi Highway Patrol. Laporte, 23, was killed after apparently pulling into the path of an 18-wheeler operated by Rickey Kirkpatrick, 63, of Rainsville, Alabama, while traveling north on Mississippi Highway 7 in Benton County, MHP Master Sergeant Ray Hall said in a release.

Troopers responded to the crash at the intersection of Highway 7 and U.S. Highway 72 at approximately 8:40 p.m. Hall said Kirkpatrick wasn’t hurt in the crash.

As of early Saturday night, funeral arrangements had not been finalized.

“To lose a young person so early in life is tragic, and we are saddened to lose a special member of the SEC family,” Southeastern Conference Commissioner Greg Sankey said in a statement. “As a member of the SEC Academic Honor Roll, Ty Laporte represented Ole Miss and the SEC with excellence both on the court and in the classroom. The SEC extends it sympathies to her family, her teammates and coaches as well as her classmates and the entire University of Mississippi community.”

Said Ole Miss athletic director Ross Bjork, “We are shocked and deeply saddened by Ty’s death. Our thoughts and prayers are with her family, her teammates, coaches and our staff during this difficult time. Everyone in the Ole Miss family offers our deepest sympathy to everyone who was touched by Ty’s amazing and infectious spirit.”

Laporte was a four-year member of the school’s volleyball and track teams. As a senior, she helped lead the volleyball team to consecutive 20-win seasons for the first time in nearly three decades and ranked in the top 10 in the SEC in hitting percentage. She received AVCA Honorable Mention All-Region honors and finished her career ranked third all-time in program history in block assists (280) and total blocks (334) and fifth in kills (999).

“Our volleyball family is so heartbroken today with this news,” Ole Miss volleyball coach Steve McRoberts said Friday. “Ty’s smile would light up the room, and her passion was contagious. She was loved by all of her teammates and coaches. Ty will be greatly missed by not only the volleyball team but the whole Ole Miss community.”

Laporte, a native of Irmo, South Caroina, also ranks ninth in school history in the outdoor high jump with a career-best clearance of 5-7.75. She was named to the SEC Academic Honor Roll in 2014 and 2015 and was a member of the UMAA Honor Roll.

A memorial fund has been set up to help pay for funeral expenses. To donate, log onto tylaportefund.com.