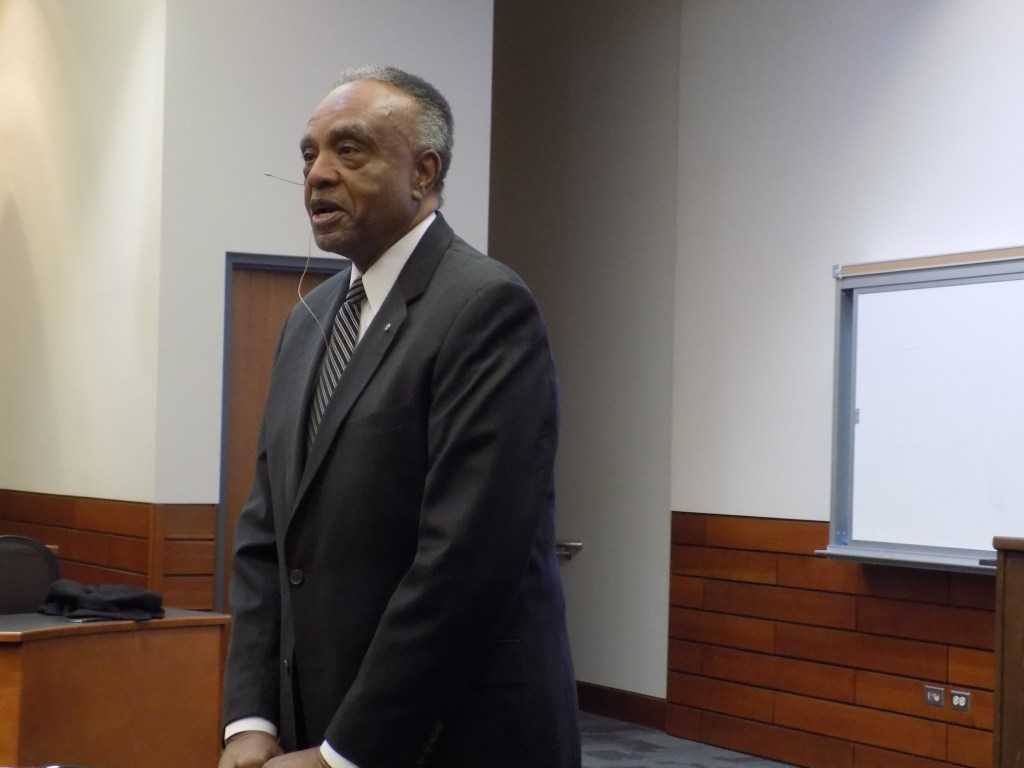 The University of Mississippi hosted a Mississippi-born and Pulitzer Prize-nominated author on campus this week.

Before his international success as a writer, Clifton Taulbert grew up in Glen Allan underneath racial prejudice. He now speaks to Fortune 500 companies, colleges and leadership groups across the nation.

Taulbert came to Ole Miss at the invitation of Project Manager JR Love, who works for the McLean Institute for Public Service and Community Engagement.

“Clifton, we felt like, embodied all of the work we do,” Love said.

One of the programs within the McLean Institute is the Catalyzing Entrepreneurship and Economic Development program, which Love manages.

The program encourages students to think critically about social issues and transform communities through service and community engagement.

Both Love and Taulbert were from the same hometown, but met for the first time last week.

Love said he had used Taulbert’s book “Who Owns the Ice House?”to teach how to develop an entrepreneurial mindset. The book uses eight lessons Taulbert learned from his uncle growing up.

His latest book, “The Invitation,” is based on his friendship with a plantation owner in South Carolina. Taulbert uses his years of friendship to think positively about the future of race relations in the South.

“He was very much a forward-thinking person,” Love said.

Taulbert spoke to four groups on and off campus. He spoke with Ole Miss administrators, attendees at the Robert C. Khayat Law Center, the CEED program as well as a high school in Quitman County.

Madison S. Palmer High School partners with the CEED program as part of its dedication to community involvement.

Taulbert’s candid tales of growing up during segregation and returning to challenge racial stereotypes are told poetically.

Love said each group Taulbert spoke with had a small faction who shed a few tears.

“I was with him the entire trip and every group had tears,” Love said.

Gordon Center a spotlight for Abbeville