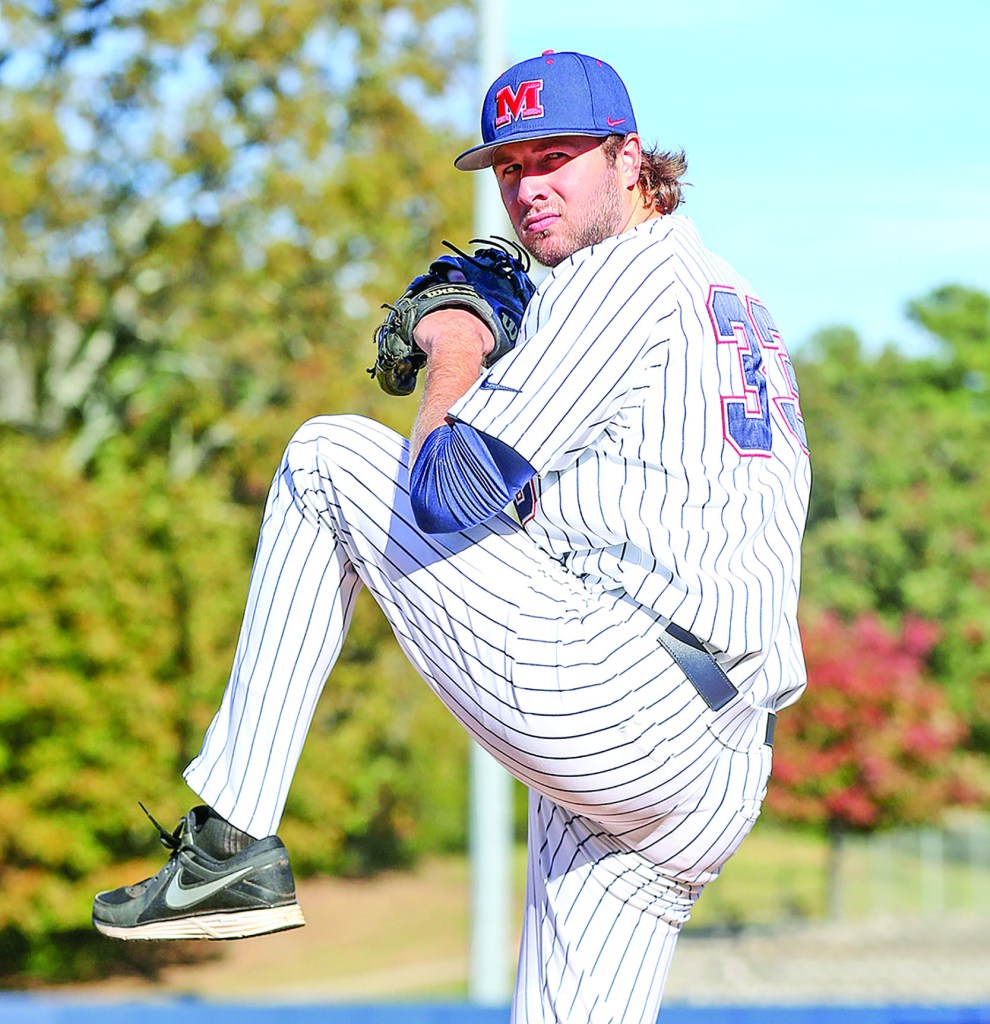 A year ago, Sean Johnson was set to be the final piece of the weekend rotation for the Ole Miss baseball team.

With Christian Trent set to be the Friday ace with Brady Bramlett locking up the Sunday starting role that had been an issue for the Rebels in the past, Johnson was penciled in to take the mound on Saturdays.

Everything was going according to plan until an issue with Johnson’s arm flared up the opening week of the season. It came to a head in the first inning he took the mound that weekend. He was not even able to record three outs.

“It was during a bullpen, and we were throwing some curveballs and one didn’t feel too right,” Johnson said. “Then we got out there for the game that weekend and I only threw one inning and they were expecting me to throw a few more pitches, so I went down to the bullpen and I couldn’t even get it to the catcher.”

When it was realized the pain was not a temporary setback, he went to see Dr. James Andrews in Birmingham, Alabama. The decision to have Tommy John surgery, which he had on March 3, was made to take him out for the entire year.

Fast forward nearly a year later, and Johnson is set to begin again this season after a long road of rehabilitation.

“It’s going really well,” Johnson said “My command’s back. My velocity’s getting there. The cold weather doesn’t really help at all, adds a little tightness to the elbow. It’s coming along very well. I’m very happy with my progress.”

With less than three outs of game time under his belt last season, he was awarded a medical exemption and is still eligible for two more years after transferring from Iowa Western CC last summer.

It was a frustrating time for Johnson as he had to sit in the dugout unable to help a pitching staff and a team that could never gain any momentum. The feeling the team lacked one more stable pitcher with Johnson on the sideline made it worse.

“I’m going to be honest. It was very hard,” Johnson said. “Seeing how it was hard to win that third game on the weekend, and I was supposed to be out there doing  it for my team. It was very frustrating having to watch, but honestly, it just added drive to me to work harder and get out here to win games.”

Quick road back
For most pitchers, the recovery timeline is around 12 to 16 months post-surgery. Johnson is nearing to beat that by five months if all goes according to plan and he takes the mound this weekend. The Rebels open the season with a three-game series against FIU starting Friday at 4 p.m.

Athletes do come back from injuries quicker than expected at times, but half a year earlier is nearly unheard of in most cases.

“I think it started really with the mental preparation,” assistant athletic trainer Josh Porter said. “One thing we talked about was what to expect when. Kudos to (Johnson) because he’s put in a lot of hard work. From there, it’s just been day in, day out working tirelessly in the training room and from there going into the weight room.”

The quicker turnaround could also be attributed to the fact Johnson had a teammate to lean on as redshirt freshamn Brady Fiegl was recovering from Tommy John surgery as well.

Fiegl injured his arm during his senior year of high school and had the procedure done during the summer of 2014 before coming to Ole Miss. With him nearly healed when Johnson injured his arm helped as a cheat sheet of sorts with the rehab.

“He did everything before I did everything, so I could come to him and ask him how it felt. What things were supposed to be feeling like,” Johnson said. “He was very helpful.”