SIGNATURE MARK: Bianco touts Rebels as one of ‘most athletic teams’ 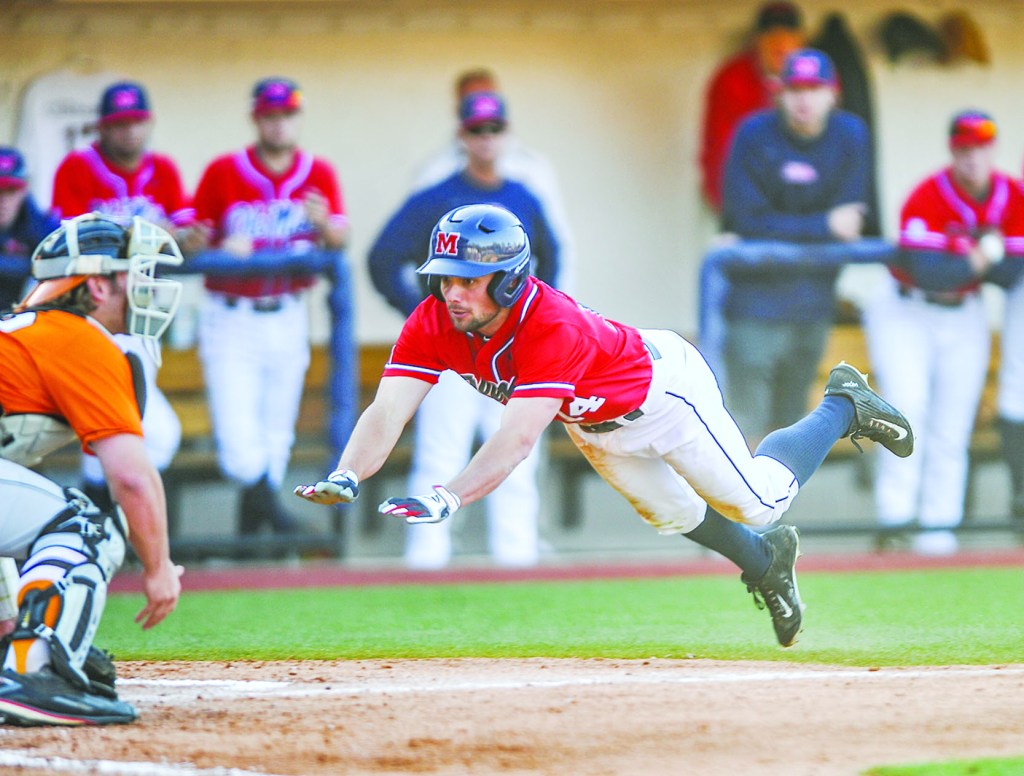 Outfielder Cameron Dishon (14) is one of many players who will provide speed for the Ole Miss baseball team this spring.

When Ole Miss baseball coach Mike Bianco sat down to write down his thoughts on the 2016 edition of the Rebels, he was careful not to say his team was the best in any specific cateogory as most coaches struggle with doing at the start of the season.

But do not let that fool you into thinking he is not high on this year’s team, specifically its athleticism.

“When I look at the outfield at guys like (Connor) Cloyd, (J.B.) Woodman, (Cameron) Dishon, (Kyle) Watson, (DJ) Miller, it’s hard to imagine much faster than that,” Bianco said during his media day press conference Monday. “Everybody remembers 2014 and those guys were very athletic, and I think this team is as athletic as that team and maybe with a couple other guys out there. … When you look around the field, this has got to be one of the most athletic teams we’ve ever had.”

The 2014 team that found its way to Omaha and finished the season ranked No. 3 nationally had a roster that included Will Allen, Austin Anderson, Braxton Lee, Errol Robinson and Woodman just to name a few. The team’s collective fielding percentage was .973, recording only 74 errors in 69 games played.

Last year, Dishon led the team in stolen bases with 17 on 24 attempts. The team as a whole stole 40 bases less than the 2014 team and attempted 47 less times.

“Cameron had a good year for us last year,” Bianco said. “I think he has a chance to play every day and steal even more bases.”
Dishon is a part of the outfield that Bianco said would see “several different lineups” in the early part of the season, but expect him, Woodman and Watson to be the mainstays as the season gets deeper.

Familiar infield
There will not be any new faces in the infield, but one will be at a new place.

Sophomore Will Golsan is replacing Sikes Orvis at first base. As a true freshman, Golsan made 45 starts last season with 35 of them at second base, nine at third base and four as the designated hitter. None were at first.

“(Golsan) is a little different than Sikes Orvis at first, but excited to have someone as athletic as Will at the position,” Bianco said. “The way he can play defense and move around, I think, will add to how well we can defend and how athletic we are.”

The rest of the infield will look very familiar to fans on opening day Friday against Florida International (4 p.m., SEC Network+).

Tate Blackman is getting another shot at starting at second base after the sophomore had a rough freshman season that eventually saw him seeing very little playing time toward the end of the year. Robinson is manning his post at shortstop for the third consecutive year, and Colby Bortles will be returning to third base for the second year in a row.

After backing up and splitting time with Austin Knight last season, junior Henri Lartigue gets the nod as the starting catcher and leads a group of four catchers this season.

“Henri is ready to have a monster year,” Bianco said. “He had a great fall for us and swung it statistically as well as anyone on the team. He bats on both sides of the plate, can really throw and handles the pitchers well. Very intelligent and easy to communicate with the signals.”