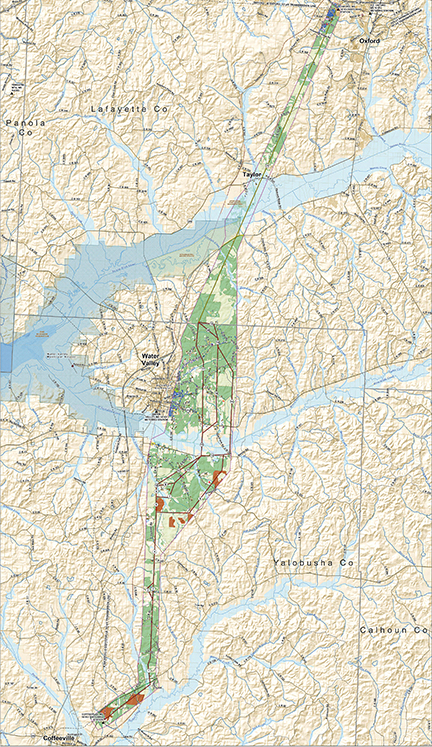 The Tennessee Valley Authority is seeking the public’s input on how a plan to improve its transmission system from Oxford to Coffeeville could potentially affect the environment, property owners and more.

TVA is considering improvements to its transmission system that would resolve voltage and thermal loading issues in the Oxford area as well as allow TVA to support new load growth in the Grenada and Resolute areas.

There are 21 alternate rights–of-way segments under consideration. The future line would be built on steel pole, single-circuit structures.

TVA will hold an open house from 3 to 7 p.m. on March 3 at the Yalobusha Country Club at 5805 County Road 436. TVA representatives will be available at the open house to provide information, answer questions and receive comments. Large maps showing the alternative locations for consideration will be available.

TVA is interested in receiving comments concerning how this project may affect the environment, historic properties or any other issues associated with this proposal. Any comments received, including names and addresses, will become part of the administrative record and will be available for public inspec- tion.

“TVA is committed to working with area stakeholders to address concerns during various stages of the project. Comments received during the comment period will be used in reaching a decision on the proposed action,” stated TVA in a press release.

All written comments on this proposed action should be sent to TVA no later than April 4.

“NEMEPA members will benefit greatly from this project as it will provide abundant power to the southern part of Lafayette County, increase the reliability of the power system and reduce line losses,” he said. “Being one of the fastest-growing cooperatives in the country, this project will help us prepare for the future and provide more opportunities for economic growth.”