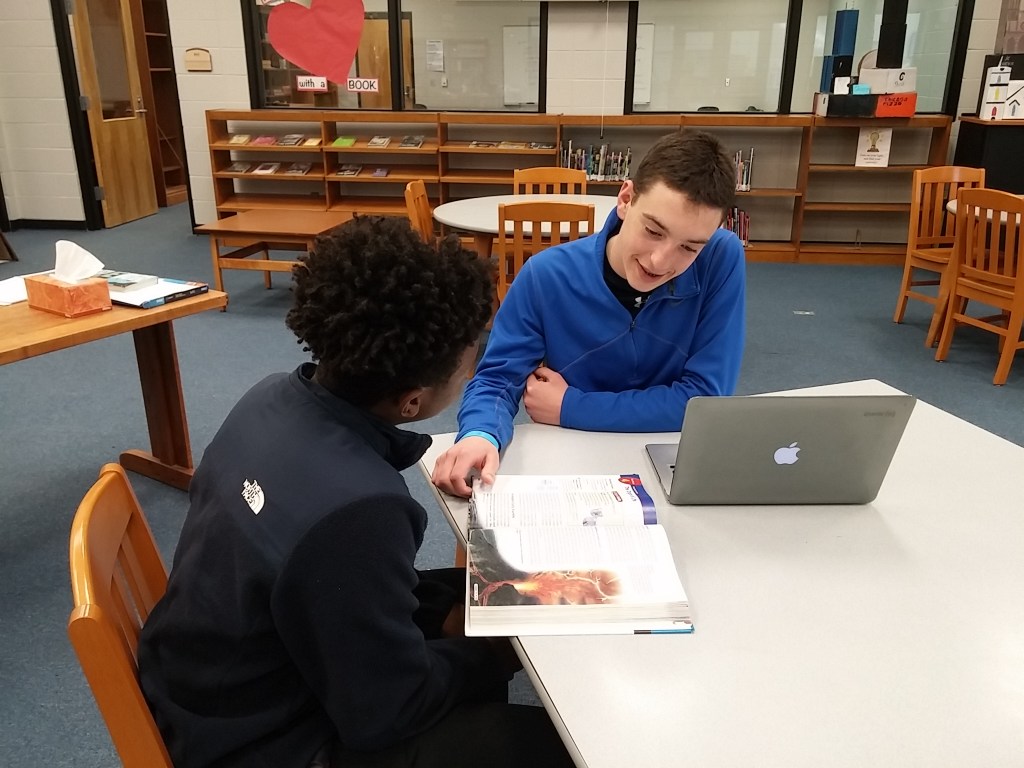 John Meagher is a hero for the Oxford Middle School football program both on and off the field.

The eighth-grader gets down to business both as quarterback and as a tutor for his fellow teammates.

The all-A student, starting this year, has tutored both seventh- and eighth-grade football players and others who need it, especially in his favorite subject — math.

“I’ve always been into numbers. People think it’s crazy, but it’s just how it is,” John said.

The 14-year-old also runs track and plays basketball, is in Beta Club and is involved with activities at St. John the Evangelist Catholic Church, including More than a Meal and Lovepacks. But, football is his favorite, and he even shows his team spirit by wearing the OMS blue color on his braces.

He works with his teammates at least once a week, or more when needed, in the library, which all began when a group of active football parents decided to ensure academics were a priority.

John is the second youngest of three siblings and has aspirations of one day attending the Naval Academy and becoming a Navy Seal. He plans to help people along the way.