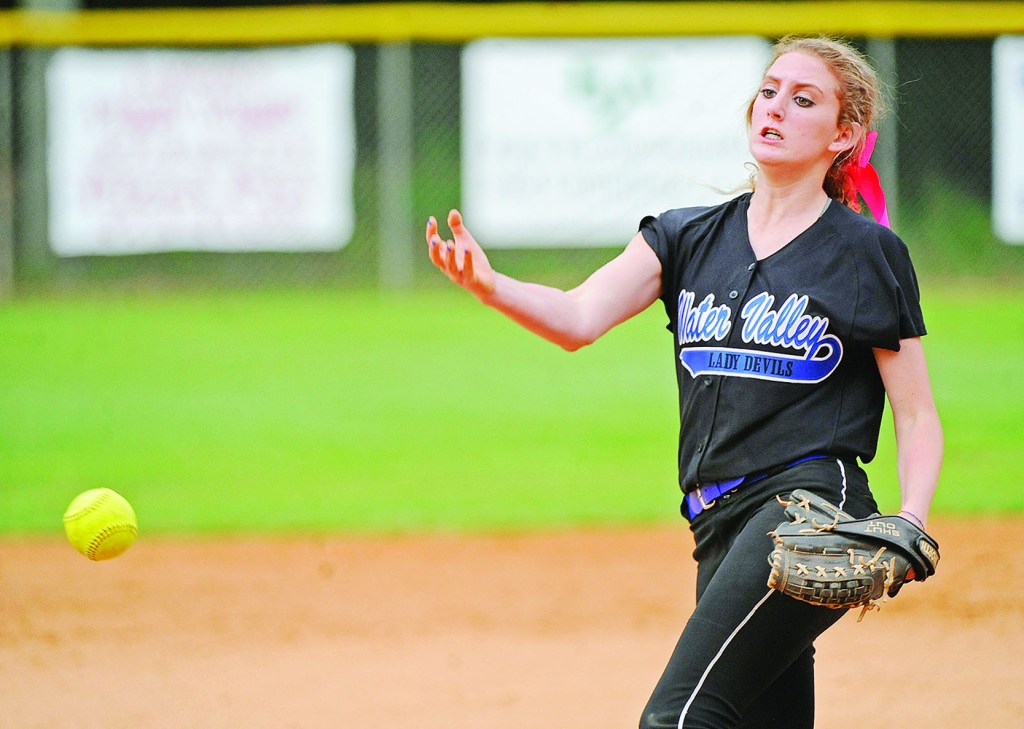 Water Valley’s Anna Mills Avant is part of a young yet experienced group of pitchers for the Blue Devils.

With that comes higher expectations.

The Blue Devils advanced to the first round of the MHSAA Class 3A playoffs last year after defeating Leflore County in the play-in round. They were quickly shown the door by a Nettleton team that fell to the eventual North Half champions in Mooreville.

Another reason Water Valley feels good about itself heading into the season is due to the fact it has been able to practice outdoors more than they were able to at this point last season.

The milder winter, minus a snowstorm in early January, has meant valuable time for head coach Casey Clouse’s team on the field.

“We’re definitely feeling a lot better than last year just by having a lot more days outside this year,” Clouse said. “We were young last year, but this year, we’re still young but we’re a stronger young.”

They are stronger in part to returning all three starting pitchers from a season ago.

Freshman Anna Mills Avant, sophomore D.J. Douglas and junior Taylor Ann Trusty will step inside the circle once again this season for the Blue Devils. Avant and Douglas will do most of the pitching with Trusty playing a role as well. When she is not pitching, Trusty will be back in the outfield on a regular basis.

“I’ve seen a lot of improvement from last year to this year,” Clouse said of her pitchers. “They’re stronger of course and a little more experienced. So hopefully we’ll be able to see the difference.”

The infield will see Hannah Higdon split time with Douglas at third base when she is not pitching. The same goes with Avant, who will fill the shortstop position when not spending time inside the circle for the Blue Devils.

The right side of the infield will have a lot of experience with seniors Ally Avant and A.K. Burress playing first and second base, respectively. The senior duo has been with Clouse since their eighth-grade year and knows what their coach expects and what to expect from each other as leaders on the team.

“Their leadership has been phenomenal so far,” Clouse said. “They really understand how things should go, and they’re very good about making sure the girls know what is at stake.”

Tougher competition
Region 2-3A saw a bit of a makeover in the offseason with the additions of North and South Pontotoc, joining the Blue Devils and Independence this season. South Pontotoc made it to the North Half championship, losing to Mooreville, while North Pontotoc lost to Kossuth in the play-in round last year.

“We have a tougher district this year,” Clouse said. “Adding South Pontotoc and North Pontotoc will be a challenge for us, but coming out of a tough district will prepare better us for the postseason.”

Water Valley will take part in the Senatobia Jamboree this weekend and begin the season with two games in the Winona Classic on Feb. 27.