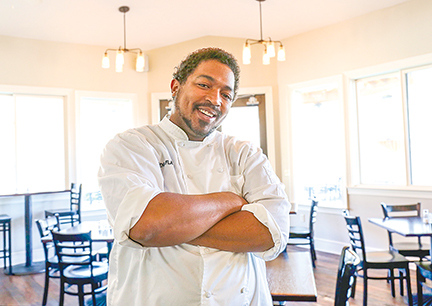 Flagg, who has a renowned reputation for his popular culinary creations and his dedication to all things food, will serve as executive chef of the Terrace Bar & Grille at the club.

“We are very excited about the addition of Chef Flagg to the club,” said Barney Chadwick of Goose Creek Club. “His culinary expertise will enhance the food offerings to our members.”

“I don’t want to just satisfy patron’s hunger, I really want to satisfy their soul as well,” says Flagg. “I am looking forward to introducing the members at Goose Creek to a new level of culinary excellence.”

In 2010, Flagg was named Sous Chef at the prestigious Alluvian Hotel restaurant, Giardina’s.

In 2012 he took the role of Executive Chef, where he remained until moving to Oxford, a culinary hub in itself.

He said his inspiration comes from his love of cooking and the impact good food can have on people’s lives.