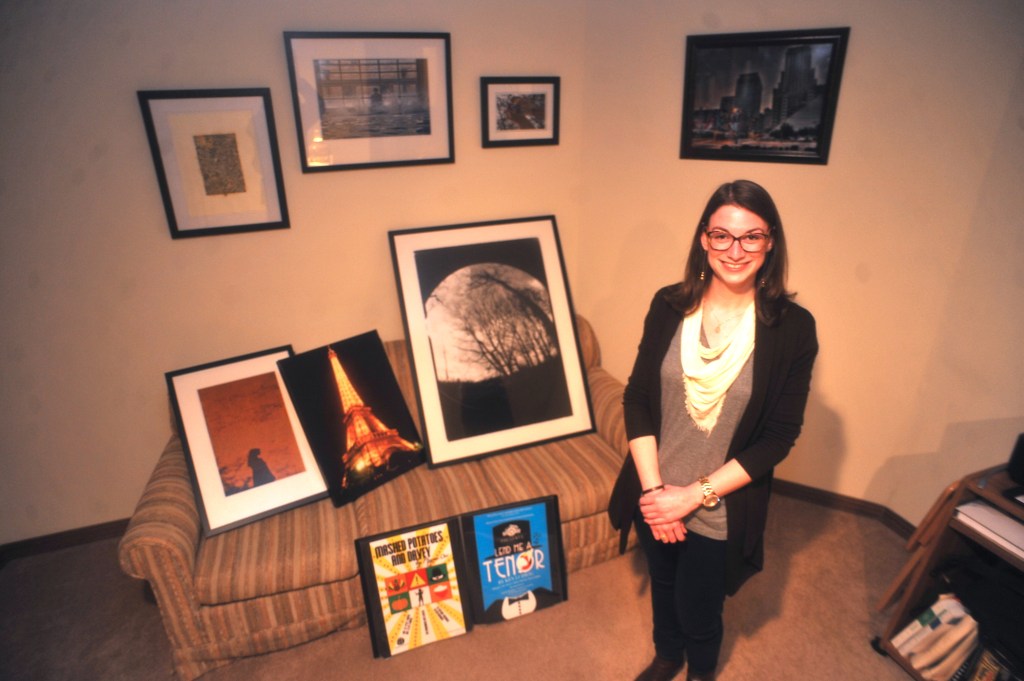 A good number of people are walking billboards for Marya Paolillo’s work and don’t even realize it.

Paolillo, 27, is a graphic designer for University Sporting Goods, which creates logos and designs for T-shirts for the Lafayette County and Oxford school districts as well as the University of Mississippi and beyond.

While she will continue to go in to work and take on the challenge of creating graphics for residents, she is going to be out and about more preparing for her photography challenges this year where people from around the globe will see her craft.

Paolillo was inspired to pick up a camera by her grandfather while growing up, and she’s always been surrounded by crafty, creative people.

“My mom’s father did it for fun also,” she said. “He got ill when I really got into it. My dad has always had a camera too, which I now have. I took it from him. In 10th grade I took a photography class from Beth Fitts and that’s when I really started enjoying it. It really brought me out of my shell because I started on the newspaper staff, the yearbook staff, and that forces you to talk to people. It made me more outgoing.”

She was involved in yearbook throughout her time at Oxford High School and then continued with it while attending Delta State University in Cleveland. She started out as a business major, because she wanted to run her own gallery one day, but switched over to art. Paolillo graduated with a bachelor’s of fine arts in photography and a minor in graphics. After working in Memphis at a commercial studio and then at another company doing more art research and collections, she moved back home to be with family and brushed up on graphic design in courses at Ole Miss.

“I decided I wanted to be creating,” she said. “If you don’t continue to do that stuff, you lose it.”

She gets the opportunity to keep her skills fresh with a variety of content coming through the doors of the business on the Square.

“Some say this is the theme of my party. Or, I’m doing movie night, I want something with popcorn and tickets. Sometimes they’ll send me something on Pinterest and say they really like it and ask me to do something similar. Some people are very specific, some people are very vague,” she said.

Paolillo’s ultimate goal is to be a graphic designer for a theater, doing all of its posters, flyers and shooting all the shows.

“I volunteer with Theatre Oxford a lot and that’s my hobby besides photography and graphic design,” she said.

Paolillo is proud to be a member of Oxford Artist’s Guild and involved with activities at the Powerhouse.

“I really enjoy doing that because I’m one of the younger members,” she said. “It’s always been around. My mom’s always done stuff with the arts so when I graduated and moved back here a year and a half ago I said I should join that because as an artist it will push me to continue to do good work. Some artists fall by the wayside if there’s nothing pushing them, and being in that organization really pushes me to do things.

“I love to volunteer with the arts. Anything at the Powerhouse, sign me up. I love being around other artists.”

Paolillo is the sort of photographer who works traditionally and would rather be getting her hands dirty in a dark room than staring at a computer screen.

“I like to shoot traditionally more than digitally. Or if I do digital, I like to shoot the way that I want the photo to come out,” she said. “I don’t like to use Photoshop or to manipulate things. A photographer should know how to use their camera correctly.

“But I’ve gotten into this new process of HDR — high-definition range. It’s three photographs manipulated into one. You shoot it overexposed, underexposed and then correctly and you merge all of them together. It looks more like a painting than a photograph and people seem to really like it.”

She will be out and about photographing and to prepare for her upcoming opportunities.

“I have a show May 2 at the Powerhouse. I get a 4 feet by 8 feet piece of space and I get to put whatever I want in it, so I will do some sort of mini-series,” she said. “It’s part of the Powerhouse Gallery Series, so you have to apply for it and they only picked a certain amount of people to be in the show.”

She’ll also participate in the art auction in August at the Powerhouse.

“I think the thing I’m most excited about this year is I’m going to have my artwork up at City Grocery all of November and all of December,” she said. “That’s a pretty big deal, especially being an Oxonian, having your stuff in this nice Oxford restaurant that people from all around the world come to.”

She’s proud to be a part of the Oxford arts scene and see how far it’s come.