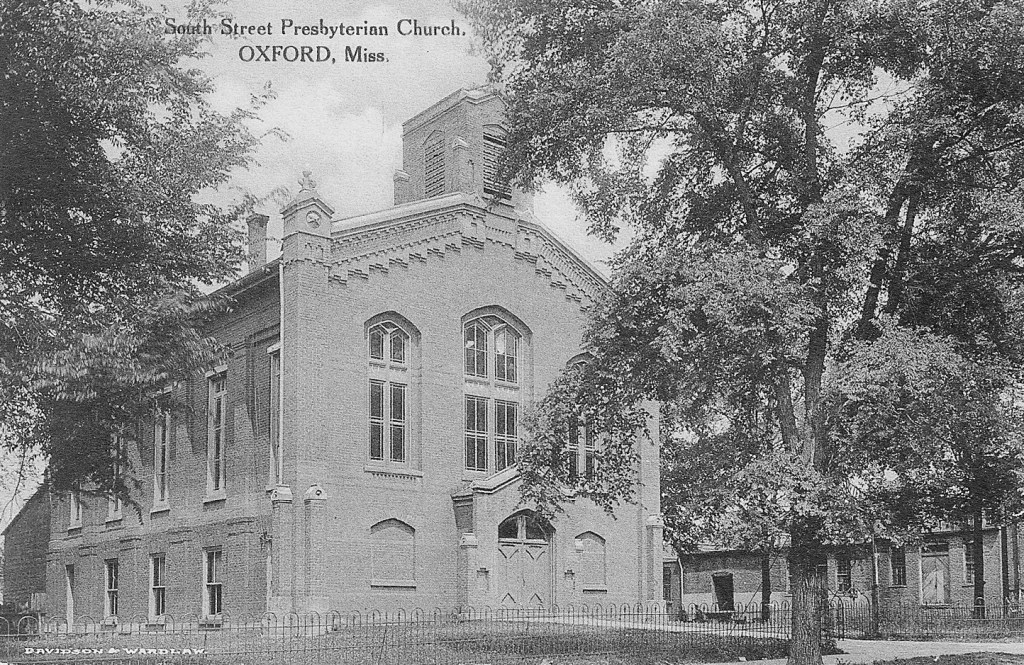 In keeping with a Black History Month theme, I want to give you some historical information on an incident that happened on July 4, 1867.

This would be the third celebration of unity of the country after the Civil War. In an article in the April 1, 1934, issue of The Oxford Magazine, Professor P.L. Rainwater, an Ole Miss history professor, passed along a story of former slave Jim Neilson and his short speech at the celebration.

Jim Neilson was a man of about 35 who had been a slave of W.S. Neilson, the founder of Neilson’s Department Store on the Square. At the end of the war, W.S. Neilson came back to Oxford and to the destruction of our “little postage stamp of native soil.” He had owned some 100 slaves and many of them were still faithful to him. This gives some indication that he was a fair slave owner.

Many of Neilson’s slaves refused to go away with the Federal army, and it was said at the time, that Neilson gave each of his slaves a $20 gold piece as a reward for their faithfulness. This was at a time when $20 would go a long way, and it meant a great deal to these former slaves.

A celebration for the former slaves was planned for July 4, 1867, at which some white citizen’s were asked to come and speak on politics of the Reconstruction period. This celebration would be shortly after the passage on Congressional Reconstruction Act on March 2, 1867. To counteract the effects of “Carpetbag Rule” in Oxford and Lafayette County, several white gentlemen had been invited to speak to the group assembled.

Arrangements had been made to hold the celebration and speech-making in the area of Freedman Town. Due to a heavy shower, the event was moved to the Cumberland Presbyterian Church, just off the Square on South Street.

In the spring of 1861, the church was the location of an event for the Lamar Rifles in which a group of Oxford women gave a company flag to be used in the upcoming war. The Cumberland Church was the largest meeting site in the county and it had been spared the Yankee torches in August 1864 when the Yankees burned the Square.

Former Neilson slave Jim Neilson was set to speak after the white gentlemen’s speeches. Several white residents were also in the crowd at the Cumberland Church. They were about to hear what one former slave had to say about the impending change in Mississippi.

The former slave was known to all in attendance “as a highly respected man by both whites and blacks, with knowledge of his faithfulness, honesty, industry and practical good sense.” He had lived in the community for more than 20 years but no one had ever heard him speak in public.

Today some would feel that his speech was very paternalistic. You might even think that the men who “tended to counteract the influence of the Negroes, and to lead them to follow the counsel of the Southern white man” placed him on the list of speakers

The Freedman’s speech was published in the July 13, 1867, issue of the Oxford FALCON. The editor of the FALCON had received a report that those who attended had made a manuscript of the speech and read the speech to Jim Neilson for his approval before it was published in the newspaper. He suggested a few corrections, and after which he said, “It is all right, every word there just as I spoke it.”

The address to those assembled at the Cumberland Presbyterian Church is as follows: “I come before you to make a few remarks, and I hope that anything I may say in my own way of speaking, will not give offence to any person, either white or black, in this large congregation. I have no book larning (sic) — I have no speach writ (sic) out on paper, so I can lay it on dis table and read it to you, but all I have to say to you I think it up right here (placing his hand upon his head).”

He went on to state, “We have listened to these white gentlemen who have been speaking to us, with great interest they have given us good advice — just such talk as I wanted to hear, and as I know many of you wanted to hear. My colored friends, we are all free now, as the white folks are, and venture that there is not one of you here in this large congregation that can tell how we come free; I have tried with all the little mind I have got to think out how freedom came to us, and I do not believe I can tell exactly how it was done, but I have found out a good deal about it.”

“They say the Yankees,” Neilson went on to say, “made us free — I do not know whether they did or not, but whoever did it, I thank them, and we all thank them for it, although it made many of us a heap worse off than we were before, but we all love to be free, and we hope someday it will make us a heap better off than we ever were before.”

Next Sunday please look for the balance of Jim Neilson’s speech of July 4, 1867. I think you will be interested in what he said at the celebration at the old Cumberland Presbyterian Church.

The time thief has struck me again