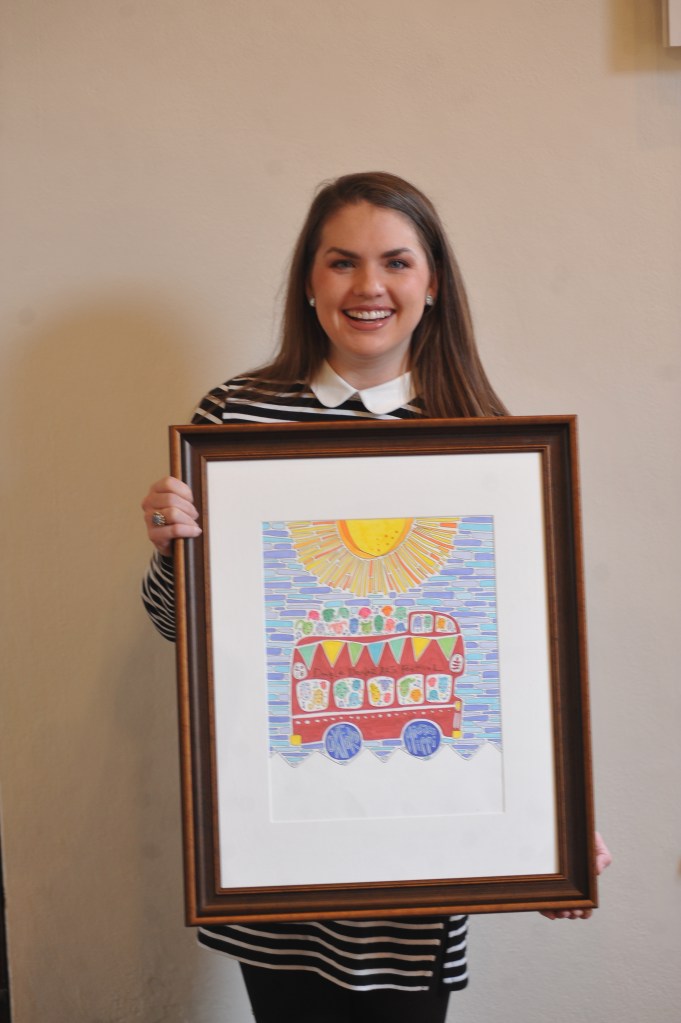 Eden Flora is the designer of this year's Double Decker Arts festival poster. 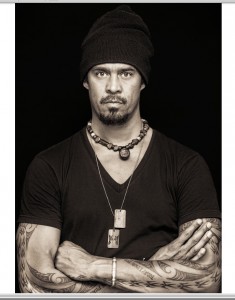 This year’s 21st annual Double Decker Arts Festival will feature the same great food, music and art that has made the event one of the most popular in north Mississippi, and some could argue one of the best attended in the state of Mississippi with crowds that top 50,000 in past years.

Now a two-day event, the festival has become a regional tourist attraction that brings in visitors from hundreds of miles away. Yet, it has also managed to retain the local festival vibe, and it’s still a place where people come each year to see familiar friendly faces, listen to great music, buy some one-of-a-kind art and sample Oxford’s well-known food offerings.

“This will be my eighth year involved in the festival and every year I’ve seen it evolve and grow,” said Visit Oxford Executive Director Mary Allyn Hedges. “We’re really excited about the plans underway for this year’s festival.”

Visit Oxford held a press conference this morning at its new location on the Square in the former Freeland Law Firm building, where the music lineup and the Double Decker poster, by local artist, Eden Flora, were revealed.

Flora’s work was selected from several submissions to be featured as the festival’s “official art,” which is printed on the festival T-shirts and posters

“I entered the contest because I wanted the opportunity to create an image about the town I call my home now,” Flora says. “My artistic style is childlike, playful and bright, which shows in our 2016 artwork. I love painting in a way that is imperfect with slightly skewed perspectives.”

The poster shows people riding in the double decker bus with the big, bright sun shining down.

Mayor Pat Patterson thanked the Visit Oxford staff for their hard work. Patterson was on the Oxford Tourism Council in 1995 when the first Double Decker festival took place.

“My contribution to this thing is hiring Robyn Tannehill and get out of her way,” he joked. Tannehill is credited for starting the festival.

Caterpillar is the lead sponsor this year with Ole Miss Athletics sponsoring the stage. Other sponsors include C Spire, Winchester, Specialty Orthopedic Group and Cannon Motors.

Taking its name from the town’s authentic double-decker bus imported from England in 1994, this year’s festival will be held April 22 and 23 on the Square.

This year’s Friday night concert will again tale place in conjunction with Thacker Mountain Radio Hour and will be free and open to the public. This will be the fourth year for the partnership between Thacker and the festival.

The show will be held on Ole Miss Athletics stage on North Lamar starting at 6 p.m. with Southaven rocker Cory Branan. Thacker Mountain Radio Hour will begin at 7 p.m. The Nightowls, and R&B and soul band from Texas, will close the show at 8 p.m. and perform for about an hour.

During the press conference, the musical lineup for Saturday was also unveiled, including headliner, Michael Franti & Spearhead. Franti’s socially inspired lyrics and Spearhead’s infectious mix of classic soul, funk and hip-hop are expected to make for an up-beat finish to the festival. Franti has been performing since the 1980s and is known for his globally conscious lyrics, powerful performances and dynamic live shows.

Before Franti takes the stage Saturday night, the day’s musical entertainment will begin at 10 a.m. and go all day. Other featured musicians for the weekend, including Orgone, The Bellfuries, Riverside Voodoo and Lettuce, described as a “funky pop rock band,” who will take the stage right before Franti at 7 p.m.

All music will be performed on the Ole Miss Athletics stage.

This year’s food court will feature a sampling of culinary treats from local restaurateurs who will offer special menu items that are special to the Double Decker Arts Festival.

The Children’s Square Fair will be held from 10 a.m. to 4 p.m. in the parking lot of the Lafayette County Chancery Building. This year, Visit Oxford is teaming up with Extreme Entertainment, which will provide activities for children toddlers to teenagers with bounce houses, rock climbing walls and more. Tickets will range from $1 to $8.

Saturday activities will kick off at 8 a.m. with the Oxford-Lafayette County Chamber of Commerce Spring Run 5k walk and 10k run. Winding through the University of Mississippi campus and nearby Oxford neighborhoods, the two courses are fun for both beginner joggers as well as experienced athletes. There is also a Kid’s Run at 8 a.m. The Spring Run is also celebrating its 20th anniversary.

“This is a great way to kickoff Double Decker with a fun, healthy event,” said Pam Swain, Spring Run chairwoman.

Baptist Memorial Hospital-North Mississippi partners with the chamber each year to hold the race that has grown over the years.

According to Peyton Warrington of Baptist, the first race in 1995 there were 100 races.

For more information on the festival, visit the festival’s newly designed and upgraded website at www.doubledeckerfestival.com.