Chargers rally, advance in 5A playoffs 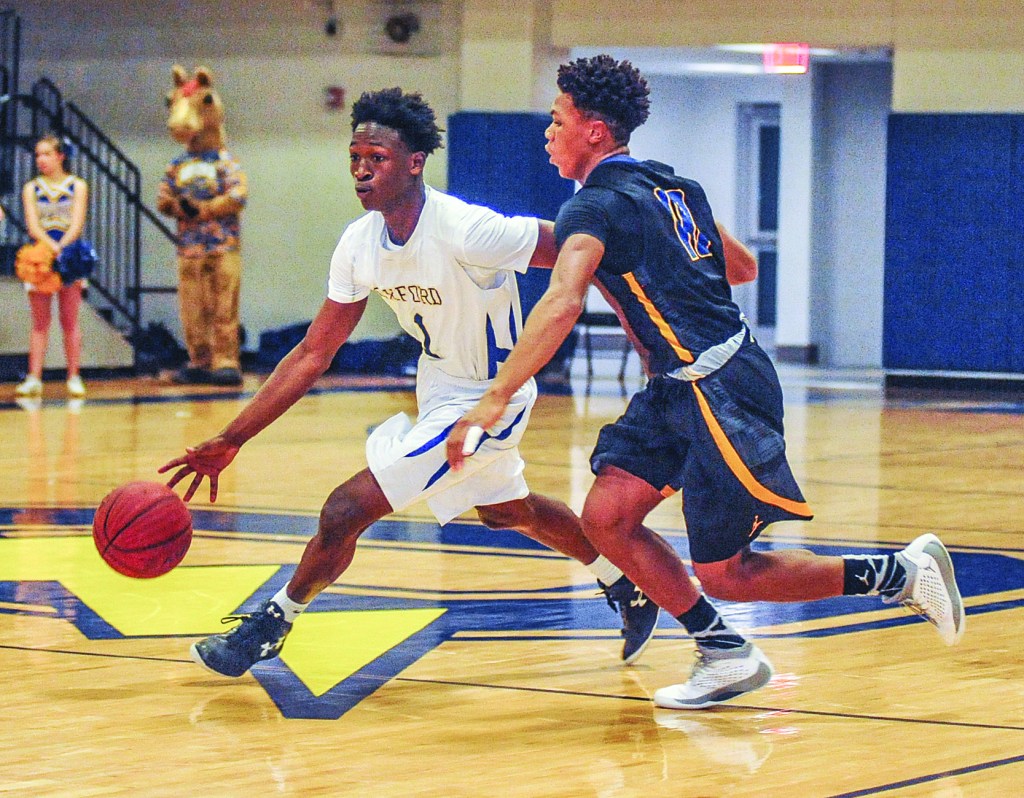 bruce newman Oxford’s Jarkel Joiner (1) brings the ball upcourt against Canton’s Tyree Smith (10) in MHSAA Class 5A playoffs at the Oxford High School Gym on Saturday. The Chargers won 73-69 to advance to the quarterfinal round.

Oxford was looking for a spark. The Chargers’ opponent helped provide one.

Oxford rallied for a 73-69 win over Canton on Saturday in front of a raucous crowd in the Oxford High gym in the second round of the MHSAA Class 5A playoffs, keeping its season alive for another week. The win earned the Chargers a postseason rematch with Wayne County in the state quarterfinals Friday at the Mississippi Coliseum in Jackson a year after the War Eagles ended Oxford’s season.

“Wayne County, they know they’ve got a target on them,” Oxford guard Jarkel Joiner said. “We’re looking forward to playing them.”

Getting that rematch looked in doubt late in the fourth quarter with Canton (14-16) holding a 61-56 lead, but the back-and-forth contest was halted with 2:51 left when the Tigers’ Tyree Smith was called for a technical after a foul on Joiner.

Joiner made his first two free throws and knocked down two more for the technical to spark a 10-0 run for the Chargers (20-9), who have won five straight. A pair of freebies from Terry Williams a few seconds later gave Oxford its first lead of the quarter at 62-61, and the Chargers held on from there.

“Is the technical a big call? I think it is a big call,” Oxford coach Drew Tyler said. “Canton might be the one you ask that to, but it gave us four shots and the ball.”

Joiner finished with a game-high 32 points, including 24 in the second half. Williams had 16 points while forward D.K. Metcalf added 12, helping the Chargers overcome a big night from Canton big man Javien Fleming, who led the Tigers with 26 points.

Canton’s 6-foot-8 sophomore center was a problem for Oxford’s defense, either finishing close to the rim or kicking out against Oxford’s collapsing defense to get open looks for Canton’s shooters.

Metcalf, one of the options to guard Fleming down low, sat on the bench the entire second quarter after picking up two quick fouls, the latter a technical.

Canton, which also got 13 points apiece from Ladarious Johnson and Jaylen Lester, went on a 12-0 run to grab its first lead late in the first quarter and led 38-30 at the break. The Chargers kept the back and forth going with a 9-0 spurt out of the locker room to retake the lead before Canton pulled ahead to take the late five-point advantage. A few too many words from Smith after a foul on Joiner in the open court drew the technical, resulting in Smith’s fourth and fifth fouls.

“I didn’t get an explanation on it,” Canton coach Russell Evans said. “The first official was about to call a tech for his antics, but he didn’t. Another official across the floor called it, and that changed the complexity of the game. They made the tech (free throws), they made the two free throws and they scored two points off of it, so that was a six-point swing. We lose by four. We don’t get that tech, the outcome could be totally different.”

Said Joiner, “He lost his emotions. We knew if we set the flame to them, they would break somehow. And he broke.”

Now the Chargers get the game they’ve been waiting nearly 365 days to play again.

“As we were going into the district final game and won the district championship, they started looking at the bracket and could see Wayne County as possibly a matchup,” Tyler said. “We’ve wanted another matchup.”