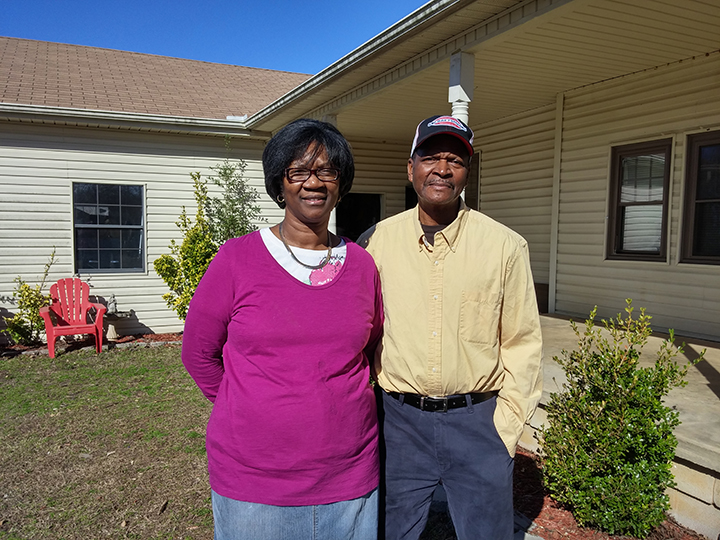 Mary and Robert Worthem live right at the center of Lafayette Springs and have been there since 1979. Their home is on land where the former community school once educated the area’s youth.

Lafayette Springs is a curve in the road and a hilly scenic drive for  some but to others it is a homestead that has been in the family for generations.

One of those families is the Ivys.

The majority of the Ivy family moved away but some have trickled back home in the past few years to enjoy the family acreage.

“As a part of the migration north during the Reconstruction, a lot of my family moved north,” said Wayne Ivy, 45, who now lives on County Road 274. “They wanted to leave this farm life behind because it was very hard work. My grandfather had seven kids and all of the sons moved away, including my father, to California, and only one stayed on the farm — he’s the youngest of seven. I’m the younger generation who’s moved back.” 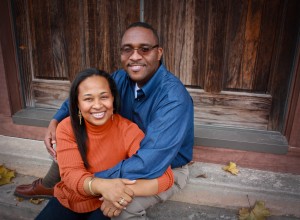 Celina and Wayne Ivy are proud new Lafayette County residents and are on longtime family land in Lafayette Springs.

While Ivy’s uncle is in his 70s and has always enjoyed life on the farm, Ivy said he and his wife are new to Lafayette County and are just now learning what all is possible with the pasture land. They are also loving what all nearby Oxford offers. Right at about the same time Ivy moved to the family land, his cousin accepted a job at the University of Mississippi and also is living on family land.

“Some other family members are watching what we’re doing and they have expressed they have always wanted to move back to Mississippi,” he said. “They’re watching us to see how we do. It wasn’t a long-term plan of mine, but you know how things fall into place with timing,” and they did for him. “Frankly, I know the lord leadeth and these doorways were opening that I could not have done on my own, and it’s been a wonderful transition for us.”

On the land where his grandfather once grew cotton now sits a home that was given to Ivy and his wife.

“It’s been a joy of mine to have the experience,” he said.

Ivy said that experience and others he has had since coming to Oxford in the past couple years lead him to see Mississippi is a far different place than it was generations ago when his grandfather was farming.

“I really wish that my father and grandfather would be alive to see it. They would be totally surprised to see how Oxford’s changed for the better.”

Nearby, on County Road 251 at the heart of Lafayette Springs, is Calvin Worthem’s homestead.

He moved to the small community in 1979 when he needed pasture for his cows. The 64-year-old enjoys the peace and quiet country living offers.

“My house is paid for and it’s a nice, quiet neighborhood,” he said. “I don’t feel a need to move. I like being right there. I’m one mile off of the four-lane and I don’t get any of the noise.”

He said previous generations of folks who lived in Lafayette Springs enjoyed having a school, two stores, a post office and a steak restaurant at one point. He’s heard the area got its name because it had a spring that people would flock to for their water.

“My land is actually where the school used to be,” he said.

Worthem said it’s a “laid-back area” and he’s never had any issue with residents getting along, regardless of the color of their skin.

He lived in Pontotoc County and also right on the Pontotoc/Lafayette county line at one point before finding Lafayette Springs, and he said, “this place came up, and I’m well-pleased.”