Oxford Schools benefits from McCafe for a Cause 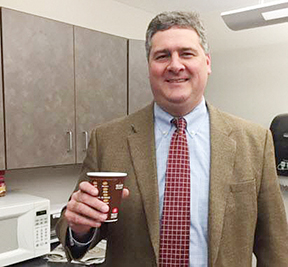 Oxford School superintendent Brian Harvey smiles with his cup of coffee from McDonalds. Half the profits from local McCafe sales on Mondays in February benefitted the school district with nearly $1,300.

McCafe for a Cause has given more than $10,000 in less than a year of operation to local charities and education efforts.

The local McDonald’s locations on University and Jackson Avenue donated half the McCafe menu profits on Mondays in February to the Oxford School District.

“This is ongoing program that gives back to the communities and schools,” McDonald’s owner Betsy Smith said.

Smith and her husband, Andrew, who own both McDonald’s locations in Oxford, were inspired by a group of McDonalds’ locations in Florida that started a charity network in their community and decided to do something similar.

Now, every Monday supporters file into McDonald’s to make every cup of coffee count.

Smith said each month is a different charity people can help. The program has raised as much $1,700 in one month, but usually averages $1,000 per charity.

McCafe has given more than $10,000 in less than a year of operation.

The district foundation benefited the program the entire month of February and was awarded nearly $1,300 today.

The funds will go back into the district and support students.

Bianco said the cause has made a trip McDonald’s a great way to give back to the community.

Bianco said the support of local businesses is necessary for the foundation to succeed.

In addition to helping local groups, McCafe for a Cause also helps raise awareness.

Other educational charities that received funds are Leap Frog, the Literacy Council, Lafayette Endowment for Education and more.

She said foundation members try to promote it as much they can by sharing pictures and reminders on social media on Mondays as well as announcing it on the local radio stations.

McCafe for a Cause also donates to Oxford Lovepacks one month of the year. Lovepacks gives snacks to underprivileged students, so it benefits the schools in more ways through the foundation.

“It’s going back into the classroom so it’s a win-win,” Bianco said. 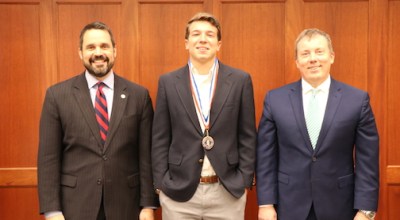