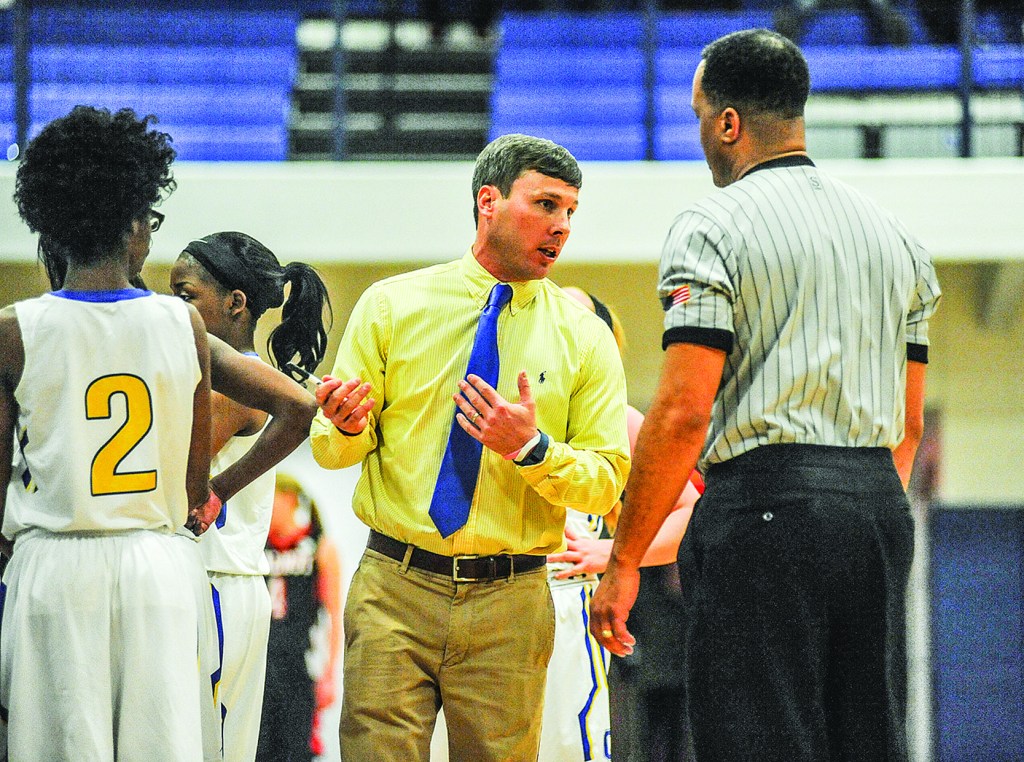 Oxford’s girls basketball team has used first-year coach Cliff Ormon’s defensive system to spark a run to Jackson for the first time in four years. The Chargers will take on Hattiesburg in the MHSAA Class 5A quarterfinals Friday.

Oxford’s girls basketball team has made it a point this season to try to perfect it.

Ormon was pegged to be the Chargers’ next head coach last spring after Linzy made the move across town to take the same post at Lafayette. In his first season, Ormon, who came to Oxford from Ripley, has led Oxford to Jackson for the first time since the Erika Sisk-led squad in 2012 won the Class 5A state championship.

Oxford (25-4) will take on Hattiesburg in the state quarterfinals Friday at 5:30 p.m. at Jackson State University. The Tigers (25-4) are back in the quarterfinals after making it in the 6A classification last season.

“When we met (Ormon), he was talking about how we’re going to get to business and our goal is to get to state,” senior center Kyla Malone said. “To get to Jackson, but to win state as well and how we were going to work every day and not play around and get down to business.”

That meant running a defensive system that doesn’t allow for much rest for the weary.

Ormon brought with him a style that’s simple in theory: Keep the opponent uncomfortable by applying as much pressure as possible for as long as possible. It’s similar to what the Chargers did the previous six seasons under Linzy, who has Lafayette in the 4A quarterfinals, though Ormon’s system has a subtle difference.

“Coach Linzy, his system was more of like zone and transition,” Malone said. “With Coach Ormon, it’s all about man-to-man and pushing. Same thing, just more intense kind of.”

Said Ormon, “I try to tell them that if we’re playing hard and making them play every play having to think and play fast, we’re going to benefit more than the other team will.”
Ormon took over a roster short on size but loaded with guards, which made the Chargers’ personnel a perfect fit for the waves of pressure he wanted to apply from one end of the court to the other. But skill only goes so far when trying to play relentless man defense for 32 minutes.

It took the Chargers some time to get acclimated to the frenetic pace in practice, but Ormon soon found out he had a group that was willing to put in the effort to transform a good defense into a suffocating one.

“It was a lot of hustle, moving and running everywhere,” senior guard Aliyah Herod said. “When we’re doing the next drill, we’re running to the next one. We weren’t really used to that, but it was all about hustle.”

First line of resistance
It starts with Herod and fellow guards Emma Schultz and Tiara King on the perimeter, whose quick feet and active hands make it difficult for opponents to advance the ball. Oxford is allowing just 38.7 points a game and yielded just 29 in its second-round win over Vicksburg, its 17th straight victory heading into Friday’s game.

“You have Emma Schultz, who’s small but a bulldog,” Ormon said. “She’ll latch on and give anybody all she can at 5-foot-2. Same thing with Tiara King and Aliyah Herod. … Those three kind of are our table-setters as far as defensive intensity.”

Everybody plays a part. Malone, by far the tallest player among Oxford’s regular rotation at 6-0, is there as insurance in the lane to alter shots and rebound should opponents break the press.

“If you’re not hustling, then (Ormon) will tell you you’re going to be over there beside him,” Malone said. “He said he wants us to make mistakes because we learn from them, and if we’re not going 100 percent and we make a mistake, that’s when he has a problem.”

But more times than not, opponents fold under the Chargers’ pressure, giving Oxford the chance to quickly pad its lead with easy baskets off of turnovers. Only twice in the last 14 games has Oxford’s margin of victory been fewer than double digits.

“Most games, they don’t even get it past half-court most of the time,” Herod said. “We’re pressing them as hard as we can because it’s what we always practice since Coach Ormon is all about the defense. That’s our strong point.”

AIMING FOR NO. 1: Chargers begin march toward ninth…