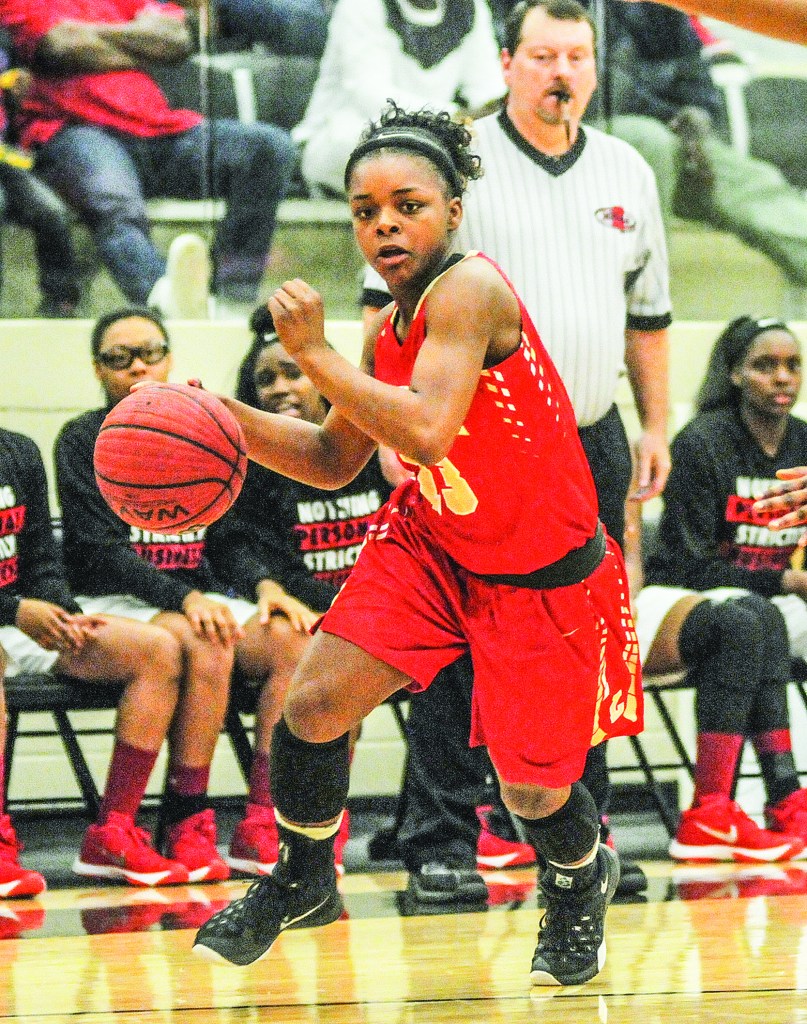 Lafayette senior point guard Shelbi Buford and the rest of the Commodores are one win away from the 4A North Half championship game at the Mississippi Coliseum.

At this point of a season in any sport, the hardest thing for a coach to do is trying to keep his or her team mentally up and in the right frame of mind between games.

It has not been an issue for Lafayette girls basketball coach Shayne Linzy.

The Commodores (22-6) will face Florence in the quarterfinals of the MHSAA Class 4A playoffs on Thursday at Jackson State University at 5:30 p.m. The days leading up to that matchup have been a breeze in terms of morale.

“(Monday’s) practice and the one we had (Tuesday morning) have been great,” Linzy said. “Obviously you hope that will translate to a great game on Thursday. It started after the win against Shannon. The confidence level has just skyrocketed. These girls believe that they can compete, and that’s all I want them to do.”

Lafayette’s recent boost in confidence can be attributed further back than the 43-41 first-round escape the Commodores had against Shannon. Linzy credits the two games in the Region 2-4A tournament a couple weeks back.

However far Lafayette goes in the playoffs, whether it ends Thursday night at JSU or the Commodores find themselves at the Mississippi Coliseum, Linzy will look at that three-game stretch as the key moment to their season.

If Lafayette wants its season to continue, the Commodores will have to get past a Florence team that Linzy describes as “big.” The Eagles (22-4) got to the quarterfinals after defeating West Lauderdale and East Central in the first two rounds of the playoffs.

They are led by five seniors with one being 6-foot tall and another 5-foot-11.

After watching some tape, Linzy feels his team’s game of transition basketball could still be a problem for Florence if the Commodores are able to utilize it as well as they did against Leake Central last Friday.

“They like to push it, even with their big girls,” Linzy said. “I like the idea that there’s going to be some transition. That definitely plays more in our favor. I think we’re faster top to bottom. Plus, if we can get down the court in the offensive game before their bigs get down there, obviously that’s to our advantage.”

Jackson is Jackson
Lafayette has done what only seven other teams have been able to do this year in 4A, make it to Jackson. With the new setup of the playoffs, the girls’ bracket has not yet made it to the Coliseum, or what is commonly known as The Big House in the Mississippi high school basketball world.

That has not been a big talking point at practices as Linzy has instilled a mindset that regardless of venue, the Commodores have made it to where they wanted to at the onset of the season back in November.

“We call it Jackson,” Linzy said. “Yes, the Coliseum is the goal, but because the way the playoffs are set up, it’s still Jackson. I’ve tried to explain it to them that it’s a great feeling to be down there and all that stuff, but we need to go with a business-like approach. If they aren’t ready to hang up the jerseys, then we’ve got to continue to handle business.”

AIMING FOR NO. 1: Chargers begin march toward ninth…