No. 13 Rebels use big inning to top Memphis 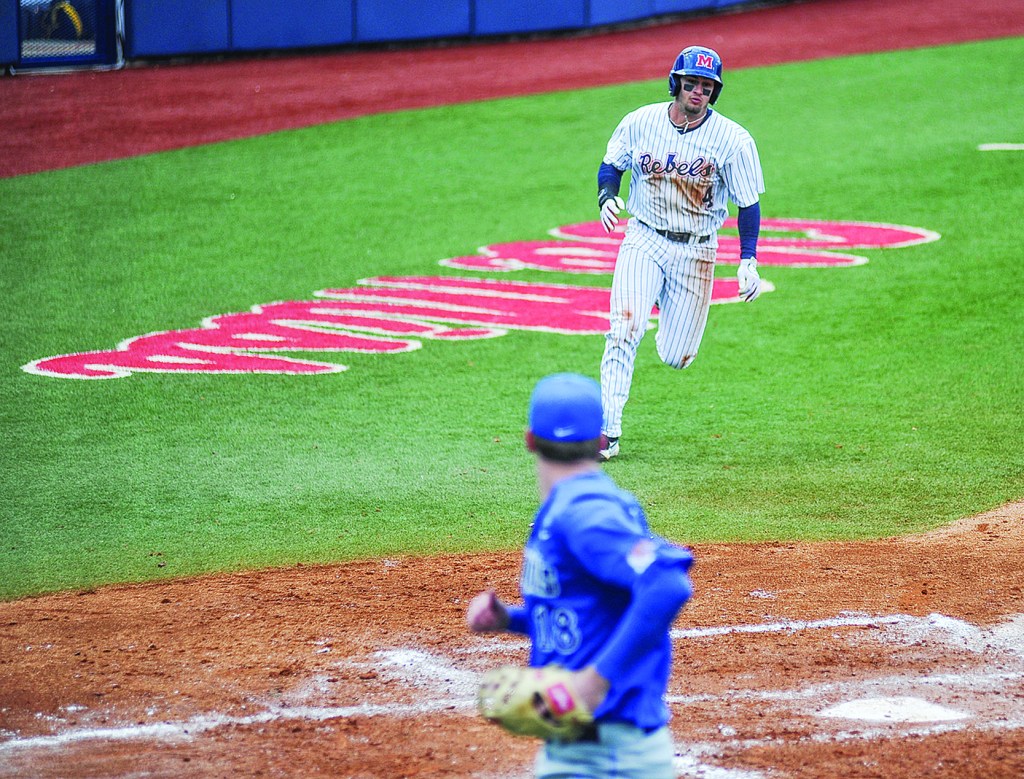 In its first game after the series win over then-No. 2-ranked Louisville last weekend, it looked like Ole Miss might have a hangover game against Memphis.

A seven-run third inning paired with another solid outing by Andy Pagnozzi erased that possibility as the No. 13 Rebels defeated Memphis 9-7 on Wednesday afternoon at Oxford-University Stadium.

Ole Miss finished its opening eight-game homestand with a 7-1 record.

James McArthur had his second start of the season, and much like his debut outing against Arkansas State, he struggled. The Tigers (4-3) jumped on the freshman right-hander for five earned runs on six hits, including a three-run home run by Jake Litte in the second inning, in 2.1 innings of work. He had two strikeouts and did not issue any walks.

Memphis added another run off Pagnozzi to give itself a 6-0 lead after two innings. Pagnozzi gave up two runs in the third, one recorded to McArthur, but settled in for three shutout innings, striking out three batters for his second win of the season.

“My thought process is just to come in, throw strikes and get outs,” Pagnozzi said. “I ran into a little trouble, and it took me a little bit to find the zone. After that inning, everything came into place. I definitely got into a rhythm.”

The Rebels’ offense was not quiet for long as they took advantage of a shaky third inning by Memphis starter James Muse. After two hitless innings, Muse gave up three hits and four walks in the seven-run bottom half of the third. Muse went 2.1 innings and gave up four runs, two earned, before being replaced by Alex Hicks out of the bullpen.

Ole Miss was patient at the plate as the walks paid off and three of the runs batted in happened with bases loaded. The Tigers also had two errors that kept the inning alive, allowing the Rebels to complete the comeback and take a 7-6 lead.

Padding the lead
Center fielder J.B. Woodman gave the Rebels some insurance with a two-RBI single in the sixth inning for a 9-6 lead. Woodman finished the day 2-for-4 with three RBIs and one run.

“One of the things that this offense has been able to do, and even though we haven’t been great after the first weekend, we’ve been able to put innings together,” Ole Miss coach Mike Bianco said. “Good offenses do that. Our batting average with runners in scoring position is really good and so unfortunately we haven’t gotten a lot of hits and a lot of base runners. When we’ve had opportunities, usually we’ve had some multiple-run innings.”

Connor Green, Brady Feigl and Will Stokes pitched a combined three innings of relief after Pagnozzi. Feigl had a key moment, getting an inning-ending double play with the bases loaded to end the eighth inning. Stokes worked the ninth, giving up a solo home run, but recorded his first save of the season.