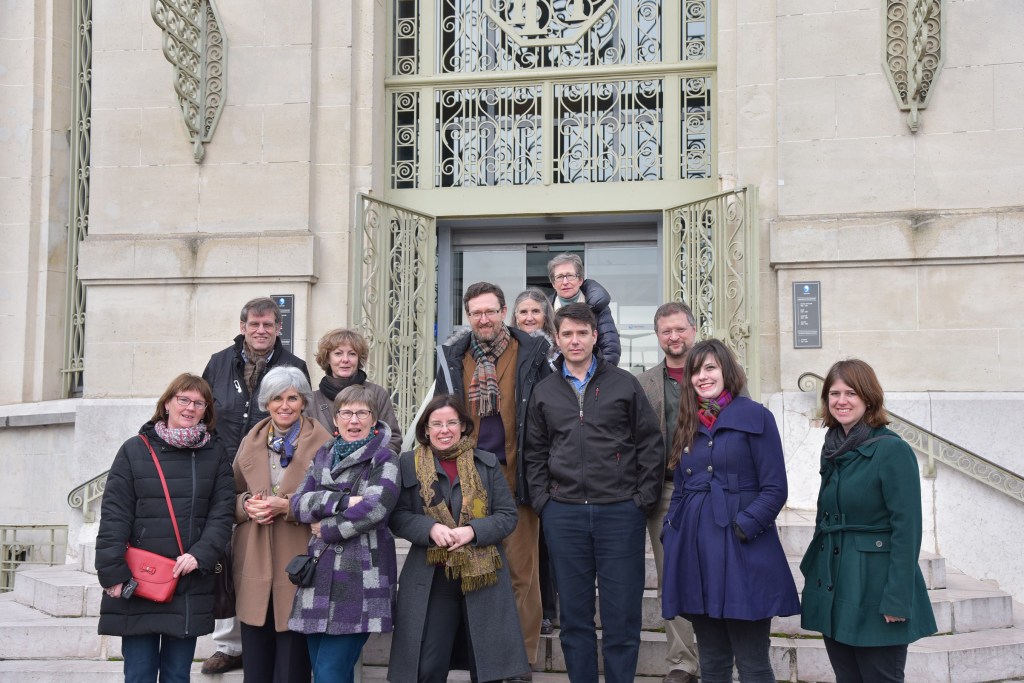 Members of the Lazarus Project collaboration gather outside the Library of Chartres in Chartres, France.

When the Lazarus Project began five years ago at the University of Mississippi, Gregory Heyworth and his colleagues envisioned using multispectral scanning to recover, digitize and preserve damaged manuscripts in danger of being lost forever.

But after several successful efforts, the program is exceeding its creator’s wildest imaginations as proposals for collaborations pour in from around the globe. The project’s success is opening up spectacular new opportunities for Ole Miss researchers and students.

With initial funding from the dean of the UM’s College of Liberal Arts and the Sally McDonnell Barksdale Honors College, and assistance from selected graduate students in English and undergraduate students from the Honors College, the project has launched its first full-on pilot program: the restoration and scanning of manuscripts from a ruined medieval library in France.

“The Cathedral Library of Chartres held one of Europe’s most important collections of medieval manuscripts until 1944, when during the invasion of Normandy, an errant bomb destroyed the library and reduced the collection to 100,000 fragments,” said Heyworth, an associate professor of English. “Our task is to use various imaging techniques to restore a portion of the collection to legibility.”

The Lazarus Project is collaborating on the project with the Early Manuscripts Electronic Library, or EMEL, directed by Michael Phelps; the Institut de recherches et d’histoire des textes, a branch of the Sorbonne; Brent Seales, professor and chair of computer science at the University of Kentucky, who specializes in volumetric scanning; and the city of Chartres. The project is expected to last at least three years.

“We hope to win funding from the NEH, as well as from European sources,” Heyworth said.

“We had some very good luck, both multispectrally and volumetrically scanning some carbonized items,” Heyworth said. “Depending upon resources, our plan is to return to France to install a new system which will allow UM students here to remotely control computers there.

“Ultimately, we anticipate hosting a conference there which would bring together digital humanities scholars from around the globe.”

The Lazarus Project utilizes new tools for illumination, new lenses, new sensors and new computing hardware and algorithms for image processing. All this allows imagery to be generated from texts that have been damaged or erased, including palimpsests and documents that have been charred by fire, faded to invisibility, stained or washed by water.

The lab was designed specifically to be portable in order to provide researchers and institutions access to the lab and a staff of trained operators and image processors, anywhere in the world, and to do so free of charge.

Items being scanned by the group already show great promise for scholars of medieval manuscripts.

“My short-term goals are the digital recovery of the marginalia and unique texts from ‘The Black Book of Carmarthen,’ the oldest extant manuscript written entirely in Welsh and dated to the mid-13th century; ‘The Chronicle of Princes,’ the oldest extant chronicle written in Welsh, as well as the oldest instructional manual for Welsh bards,” said Brian Cook, a third-year Ole Miss doctoral student in English.

The recovery of these texts would not only allow researchers to reach further back in time than previous generations of scholars, but in the case of “The Black Book of Carmarthen,” for example, it has the potential to shed light on how that manuscript was used.

“Revealing the palimpsest text at the bottom of several of the manuscript’s pages breathes life into the history of the book,” Cook said. “That realization turns us from readers of 800-year-old words into observers of an 800-year-old thought process.”

A palimpsest is a manuscript, often on parchment, from which the original text was scraped or washed off so the page could be reused for another document.

Cook became directly involved with the Lazarus Project during his second year as a doctoral student after taking a graduate seminar taught by Heyworth on “Image, Text and Technology.” 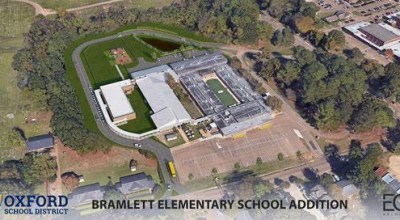 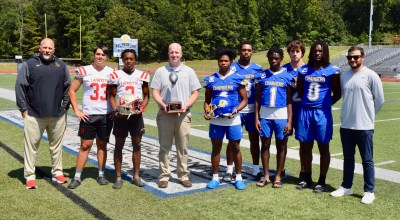