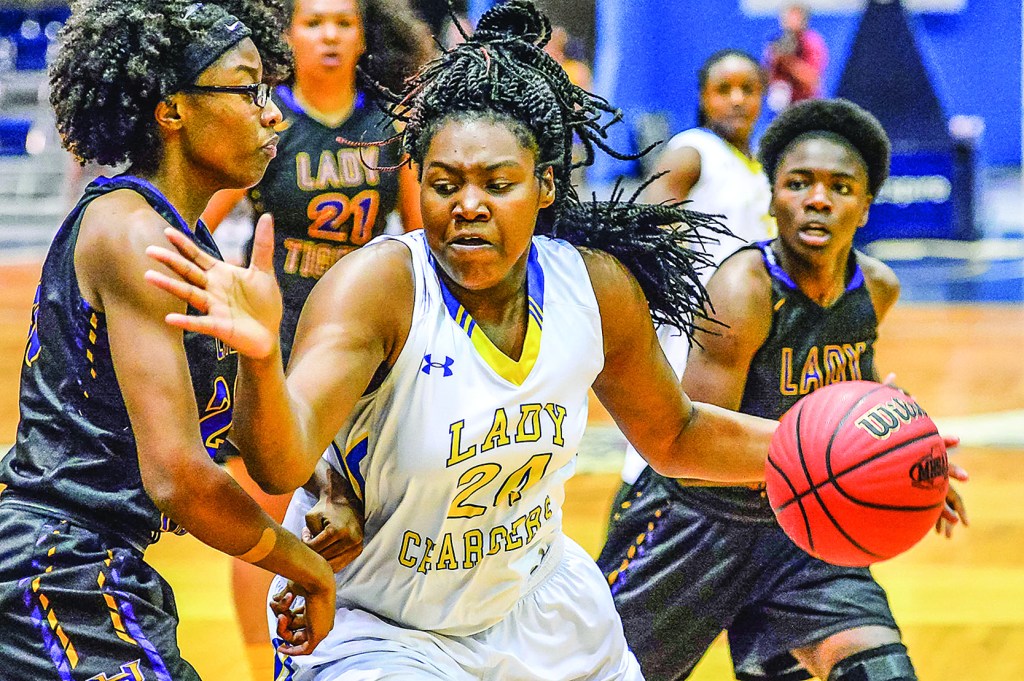 JACKSON — Oxford had its chances, but Hattiesburg proved to be just a little bit better, defeating the Chargers 49-42 in their MHSAA Class 5A girls quarterfinal game Friday at Jackson State University.

The loss halted the Chargers’ 17-game winning streak dating back to Dec. 23 and ended their season.

The Tigers (26-4) jumped out to a 13-6 lead in the first quarter but did not distance themselves much in the opening minutes of the second quarter. The only problem was Oxford (25-5) could not cut into the deficit, missing open looks and not hitting free throws when it got to the charity stripe.

“We didn’t come out with the start we wanted,” Oxford coach Cliff Ormon said. “It was just one of those halves where we got a few shots and they didn’t go in. It just wasn’t going our way. I was thankful the halftime got here so we could regroup a little.”

Oxford did not go away as the Chargers used a 13-3 run to start the second half and took a 27-26 lead midway through the third quarter. From there, the two teams traded baskets with Hattiesburg taking a 30-29 lead into the final quarter.

The Chargers tied the game at 31-31 with 5:50 left in the game when Hattiesburg flexed its muscles. The Tigers went on an 18-11 run to close things out.

“We actually relaxed a little at half,” Ormon said. “We stopped thinking about the last play. We knew that we had some opportunities that we missed in the first half that could go (in the second half). … They knew they didn’t want to go down the way that first half is. We knocked down a couple shots.”

Tamia Stenson, who averages nearly 20 points a game, led Hattiesburg with a game-high 24 points. Terralyn Ulmer added 11 points. Hattiesburg killed Oxford on the glass, grabbing 42 rebounds to the Chargers’ 26 with 14 of those Tiger rebounds coming on the offensive end.

Aliyah Herod led all Chargers with 15 points in her final game. Maggee Hobson was the only other Charger in double figures with 13 points.

Present and future
Ormon loses four seniors, including Herod, Lindsey Stout, Kyla Malone and Emma Schultz. Three of them were starters for Oxford, but Ormon is confident after finishing his first year with the Chargers.

“Those four seniors are some of the best kids I know,” Ormon said. “Huge heart. Great character. They set a tremendous example for what it’s like to be a Lady Charger. I am extremely excited about the future going forward. We have some good pieces coming back, but right now, it’s about this season right now. I feel for our players and our fans.”