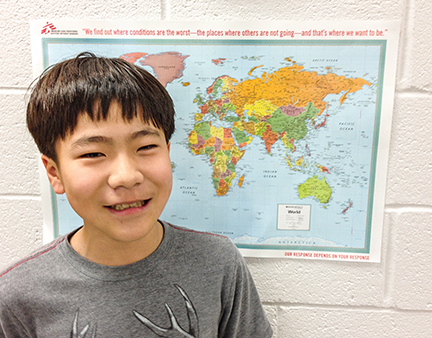 After winning the school-level competition at OIS, where he competed against fellow students answering questions on geography, he is now eligible to compete in the 2016 Mississippi National Geographic State Bee on April 1 at Hinds Community College in Pearl. This is the second level of the National Geographic Bee competition, which is in its 28th year.

School bees were held in schools with fourth- through eighth-grade students throughout the state to determine each school champion. School champions then took an online qualifying test, and the National Geographic Society has invited up to 100 of the top-scoring students in each of the 50 states, District of Columbia, Department of Defense Dependents Schools and U.S. territories to compete on the state level.

Owens fulfills her dream to become an artist