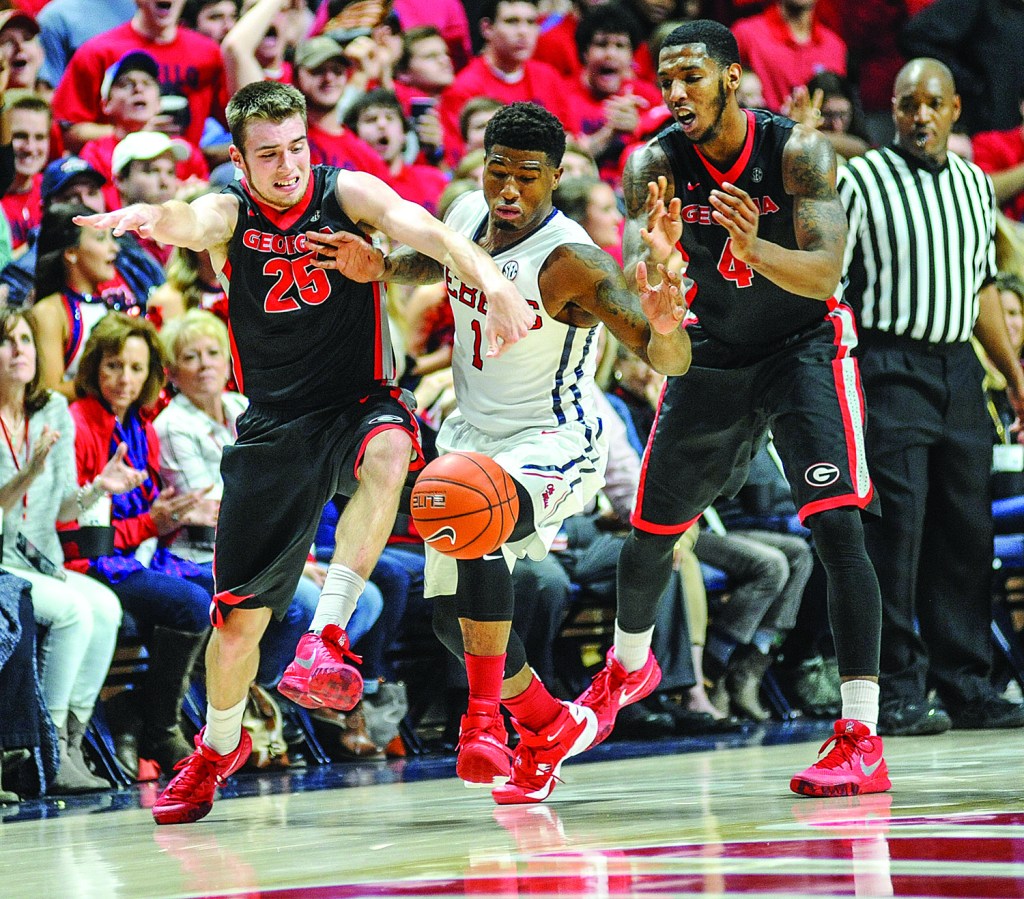 Kentucky’s John Calipari and Texas A&M’s Billy Kennedy watched their teams play to a tie atop the Southeastern Conference standings after the 18-game slate came and went in the regular season.

Kennedy’s team will the top seed in the league tournament starting Wednesday at Bridgestone Arena in Nashville, Tennessee, thanks to the Aggies’ head-to-head win over Kentucky late last month, but neither coach is automatically assuming there will be a rematch for the tournament championship Sunday.

“I believe it is definitely wide open,” Kennedy said.

The balance among the league’s 13 teams could make this year’s tournament the most competitive it’s been in recent years and far more intriguing than last year when Kentucky, which won all its tournament games by at least 15 points during its undefeated run to the Final Four, was the clear-cut favorite. Missouri won’t participate after self-imposing a postseason ban earlier this year because of rules violations committed during former coach Frank Haith’s tenure.

Both Kentucky and A&M lost five games in league play this year. Only three games in the win column separated the Wildcats and Aggies from the No. 6 and 7 seeds, Georgia and Ole Miss, with nine teams finishing .500 or better in the conference.

“It’s like we’re all looking like we have our chances,” Calipari said. “It should be a fun tournament for the fans. I’m not sure about our coaches if it will be very much fun because every game will probably be a war.”

Kentucky is still perceived by many to be the favorite with a roster once again loaded with former five-star recruits, including freshmen Jamal Murray and Skal Labissiere and sophomore point guard Tyler Ulis, an SEC Player of the Year candidate. A&M is the league’s hottest team with six straight wins while South Carolina, the No. 3 seed, is coming off a 15-point drubbing of Arkansas on the road.

“Kentucky, to me, is playing as well as anybody in the country right now, and with the people they bring in that arena, it’s definitely going to be a challenge,” Kennedy said. “But there are a lot of teams that could win it.”

Vanderbilt has won four of its last five games and will be playing in front of a de-facto home crowd as long as it hangs around while uber-talented freshman Ben Simmons always makes fourth-seeded LSU a threat. Georgia enters the tournament with wins in its last three games while Ole Miss, which has the league’s leading scorer in Stefan Moody, has won two in a row and four of its last five.

Even some of the teams near the bottom haven’t always been easy outs. Mississippi State, which will open against Georgia on Thursday as the 11 seed, won five of eight to end the regular season while the tournament’s last seed, Auburn, beat Georgia and Kentucky for two of its five league wins.

“We won four games as an underdog this year, and that just tells you how balanced our league is and how good our league is,” Auburn coach Bruce Pearl said.

But the single-elimination format favors the higher seeds that don’t have to play as many games with Mississippi State being the last team to play on the tournament’s first day to win it all in 2009. Kentucky, A&M, South Carolina and LSU each have double byes into Friday’s quarterfinals.

“I just think it’s wide open, but the teams at the top of our league whether it’s Kentucky or Texas A&M, those teams, they’ve been pretty much consistent all year,” Alabama coach Avery Johnson said.

But from top to bottom, nobody is taking anything for granted.

“There’s so many teams that are capable of winning three games,” Kennedy said. “Four and five could be a challenge, but I think it’s been proven that anybody can beat anybody on any given night.”