Rebels’ focus on ‘Bama with tourney run in mind 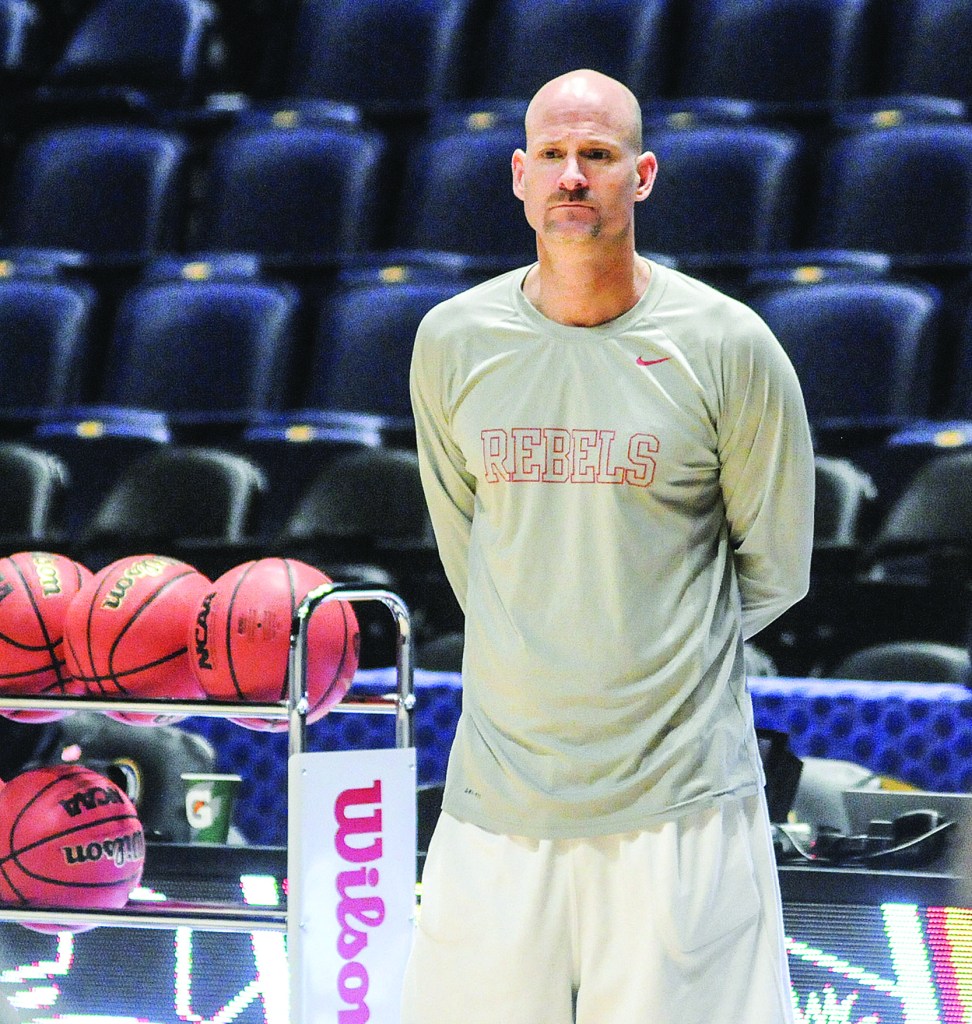 The opinions vary depending on who you ask. But in all reality, it’s more likely than not the Rebels need to be the ones cutting down the nets in Bridgestone Arena on Sunday.

Head coach Andy Kennedy and his players agree about one thing: Now that the roster is fully healthy playing in a tournament that doesn’t have that dominant team like Kentucky last year or Florida the year before that, Ole Miss (20-11) believes it has one last run in it. But a run — the seventh-seeded Rebels would have to win four games in four days — can’t start without a win in its tournament opener against No. 10 Alabama tonight (6 p.m., SEC Network).

A win over the Crimson Tide (17-13) would give Ole Miss just its fourth top-100 RPI victory of the season and set up a quarterfinal matchup with second-seeded Kentucky on Friday with the possibility of a semifinal matchup against No. 3 South Carolina on Saturday, a pair of games against top-50 RPI teams that would boost a postseason resume that has just one top-50 RPI win on it. Ole Miss enters the tournament at No. 89 in the NCAA’s latest RPI rankings.

But neither of those matchups will happen should Ole Miss stumble tonight.

“Who knows what’s going to happen around the country?” Kennedy said. “Everything will really start changing here in the next 48 hours because everybody starts to get into their conference tournaments. But for us, I don’t really want to think about the magnitude of having to win four games in four days. I just want to try and think about let’s win (today).”

Ole Miss has the league’s leading scorer in senior guard Stefan Moody (23.1 points per game) to pair with junior forward Sebastian Saiz, who looked like the Saiz of old the last time out as he’s worked to get back in rhythm following his eye surgery. Saiz, who’s averaging 12 points and 8.9 rebounds, scored 23 points and pulled down 11 boards in the Rebels’ 23-point win at Tennessee on Saturday — his second-highest point output of the season.

The Rebels enter the tournament winners of two straight and four of their last five games.

“In this kind of tournament, it’s win or go home,” Saiz said. “You’ve just got to think about the game we have to play (today). You can’t think about playing the final first. You’ve got to play the first game.”

That will require Ole Miss to knock off the Crimson Tide for the second time this season after winning the teams’ only regular-season matchup Jan. 7 in Oxford. Alabama has lost four of its last five but has a perimeter weapon of its own in point guard Retin Obasohan, who ranks fifth in the SEC in scoring at 17.7 points a game.

“As far as a straight power driver, he’s probably the best in our league,” Kennedy said of Obasohan. “For us, a huge key in our game is keeping him out of the paint. If he lives in the paint, it’s going to be problems for us because he shrinks the defense.”

It’s all the Rebels are concerned about for now.

“We know we need four, but we’re not really stressing that fact,” Moody said. “We just know we want to get better. (Today) is the first one. That’s the one we need to get.”

VIDEO: With run in mind at SEC tournament, Ole…