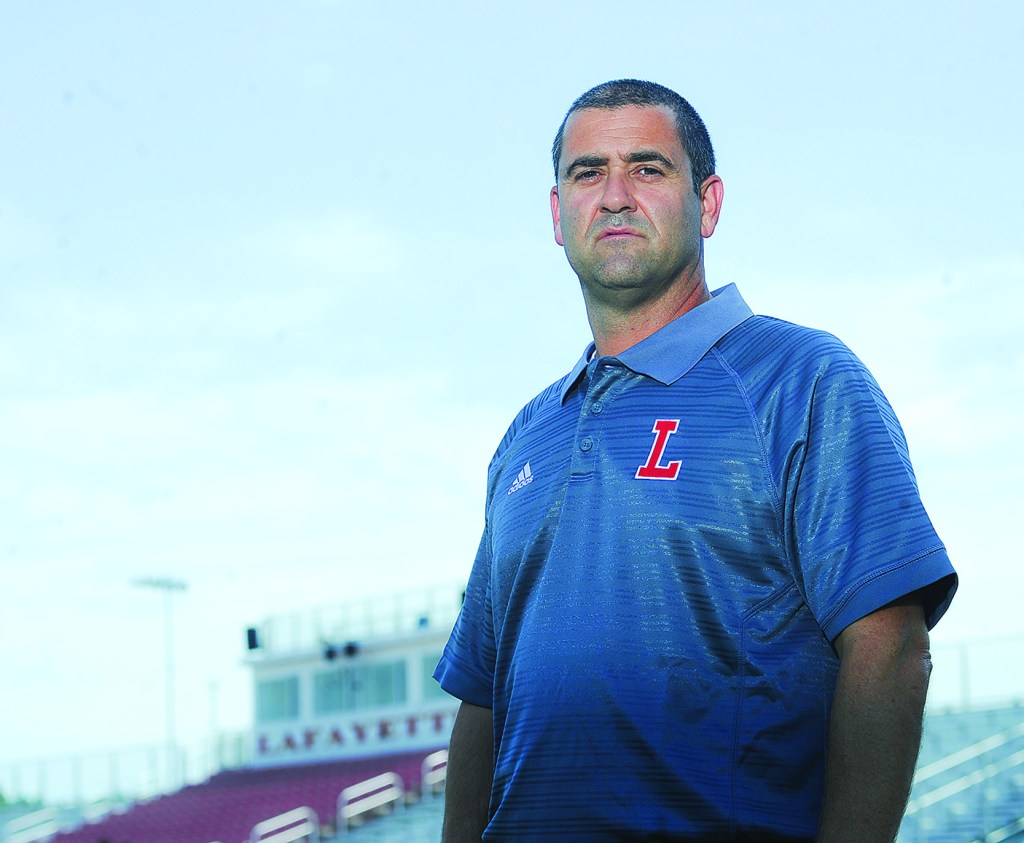 After 11 years at Lafayette, head football coach Eric Robertson, above, is leaving to take over as defensive coordinator at Madison Central.

A little more than a month after Oxford hired a new head football coach, Lafayette will have to do the same.

Robertson said he told his team the news Thursday morning after informing Lafayette High Principal Glenn Kitchens and athletic director Gary Drewrey of his decision. Robertson has been at Lafayette for 11 years in all.

“We’re going to a really good school, a good town and good football program,” Robertson said by phone Thursday afternoon. “A lot of positives. We’re excited about it.”

Robertson led Lafayette to the MHSAA Class 4A playoffs each season after succeeding Hart, who led the Commodores to state titles in 2010 and 2011 and spent the last two seasons at Franklin County. Robertson served as Hart’s defensive coordinator before being promoted once Hart took over as Lafayette’s athletic director in 2012.

The idea of reuniting with Hart made the offer to join the staff at a 6A school “a lot more attractive,” Robertson said, but it wasn’t the driving factor. Robertson said he’s had the chance to leave Lafayette multiple times in recent years but didn’t feel the timing was right for he and his family until now.

“To be honest with you, we truly felt that was the direction God was leading us,” Robertson said. “Everything just seemed to point this direction, and we just felt like it was a chance for us to do something different, step out there in faith a little bit, trust God and that’s what we’ve done.

“We decided the first part of this week, probably Tuesday, that we were going to go ahead and take the job. I wanted to go ahead and tell Lafayette as quick as possible that way they could try to get somebody in here for spring ball.”

Robertson will finish the school year at Lafayette per his contract but will try to make it to Jackson for some of Madison Central’s spring practices. As for the program he’s leaving behind, Robertson said whoever follows him is set up for success.

“I think talent-wise we’re in good shape,” Robertson said. “Our JV had a successful year. Our ninth grade and our seventh and eighth grade all had really good seasons this year. I think the future is really bright athletically and just the football program in general, I think it’s in really good shape. It always has been at Lafayette.”