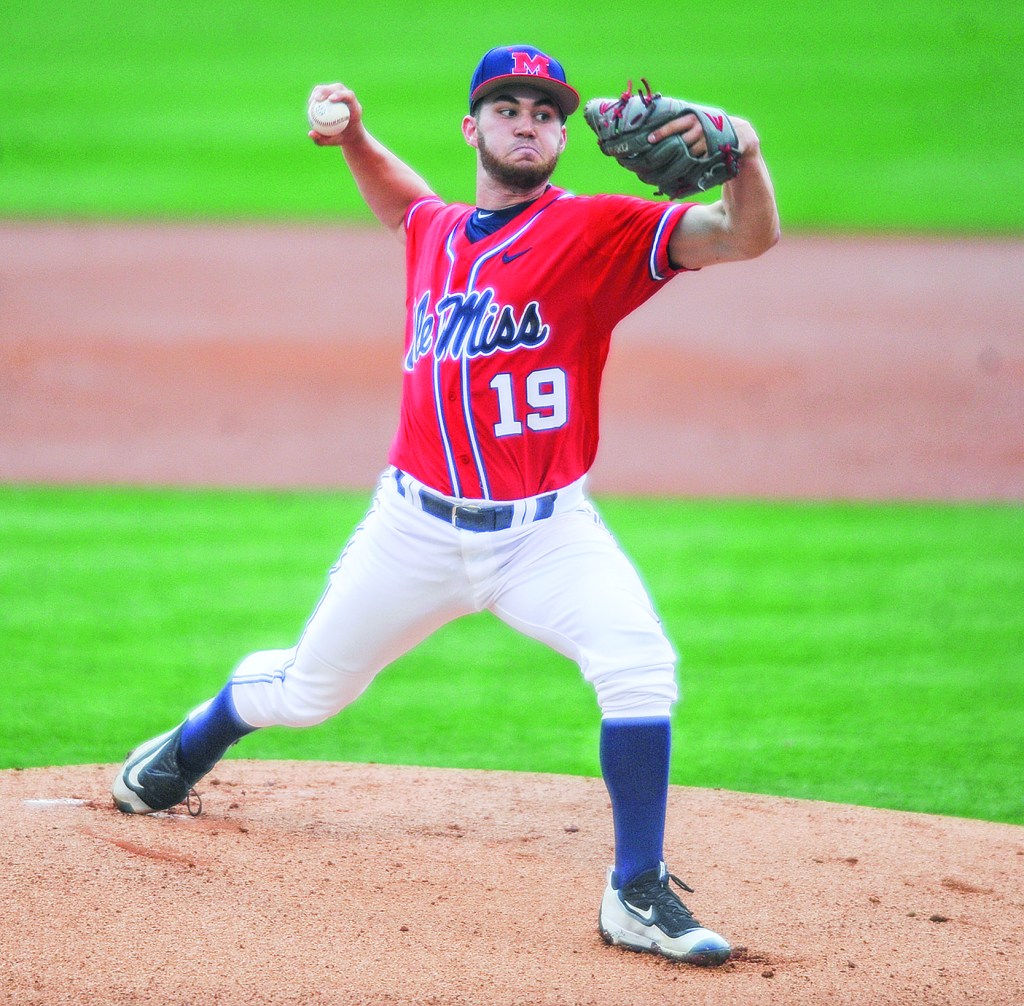 Ole Miss freshman Andy Pagnozzi, above, has been a welcomed addition to the Rebel bullpen, which has a combined earned run aveage of 1.31 in 13 games.

Coming off a midweek sweep of Southeast Missouri State, Ole Miss is off to one of its best starts in recent years.

For just the fourth time in program history, the 13th-ranked Rebels have at least 12 wins to begin a season. Three of those seasons, including this year, have happened during the Mike Bianco era. The two other times occurred in 2004 (18-1) and 2013 (19-1).

The Rebels (12-1), who have won seven straight games after dropping their only loss of the season to Louisville back on Feb. 27, look to keep their hot hand against visiting Grambling State this weekend.

The first game of the weekend series is tonight at Oxford-University Stadium at 6:30 (SEC Network+).

Not much else besides padding the win column can be gained by Ole Miss, which has a top-10 RPI (9), by playing the visiting Tigers (4-6), whose RPI is 285. With that in mind, Bianco plans to tinker with the lineup a little more after altering it slightly on Wednesday against SEMO. With one more non-conference weekend left before starting Southeastern Conference play at Tennessee next weekend, it is time to start figuring out who will be hitting where the remainder of the season.

In the first 13 games of the season, shortstop Errol Robinson and first baseman Will Golson have rotated in and out of the leadoff spot for Ole Miss.

Success on the mound
While the lineup may or may not be a key focus point for Bianco the rest of the way, one thing he wants to keep consistent is his pitching. The weekend rotation of Brady Bramlett, Chad Smith and Sean Johnson has provided positive results with a record of 7-1 over the first three weekends. Johnson has succeeded the most, posting an earned run average of 2.20 over three starts with Bramlett close behind at 2.81. The trio has also combined for 41 strikeouts in nine games.

What has really been the shining star of the Rebels’ pitching staff has been the performance of the bullpen. After not allowing an earned run against SEMO on Wedesday, the Ole Miss bullpen’s collective ERA dropped to 1.31 for the year.

Freshman Andy Pagnozzi is leading the charge out of the pen with an ERA of 1.38, which includes his first career start on Wednesday. In six appearances of relief work, Brady Feigl has an ERA of 1.12 while fellow freshmen David Parkinson and Dallas Woolfolk have given up zero runs in 16 innings combined.

“I think it’s more the pitching,” Bianco said. “To me, that’s the thing, the lineup can change from day to day. Hopefully your pitching stays pretty much the same. This guy is going to pitch on this day. When we go to the bullpen first early, this is the guy we pull in. When we go late, this is the guy to come in. To me, that’s been critical. The good news is we pitch really well. Through the first three weeks of the season, a lot of guys have done well and given us a lot of options after the starter comes out of the game.”