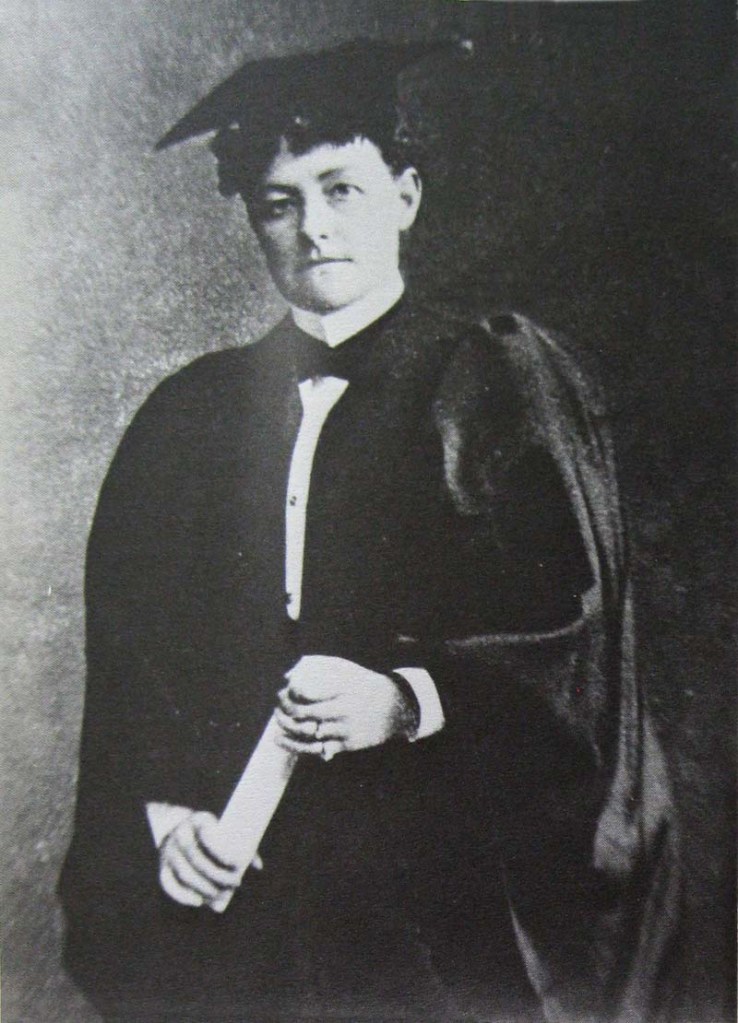 Last month was Black History Month. This month is “Women’s History Month” and in honor of women, I want to pass along a little historical information on the impact of the University of Mississippi’s first female professor.

Sarah McGehee Isom was the fourth daughter of the man who gave Oxford its name and was one of the first doctors in Oxford, Thomas Dudley Isom and his wife Sarah McGehee. To her family and friends in Oxford, she was called “Miss Sallie.” She was born on Sept. 25, 1854 and died an untimely death on April 30, 1905 and is buried in the family plot in St. Peter’s Cemetery. Some of the information in today’s column comes from the 1906 Ole Miss Yearbook that was dedicated to her.

She had had a marked impression on the lives of many professional men in the state of Mississippi. Her older sisters would attend finishing school in Columbia, Tennessee in 1867 and 1868. Miss Sallie took another direction and attended Augusta Seminary in Stanton, Virginia and the Philadelphia School of Expression. She also studied under noted elocutionists in Boston – James Murdock, George Riddle and Madame Janauschek. She seemed to be planning a life on the professional stage, but due to tradition and the observed convention that precluded a young Southern lady, no matter how gifted, from pursuing a life on the stage.

In her early 30s, Miss Sallie was presented with an opportunity she could not refuse. The University of Mississippi had a vacancy open “for a suitable man to teach elocution.” She could now use her talents and training in an “eminently respectable if male-dominated profession as a university professor.” Three years after the first females were admitted to the university in 1882, at the same qualification basis as men, the university had found their “man.” She was offered the vacancy as a tutor and later given a full professorship with equal pay and tenure as the male professors.

The University Catalogue of 1885, Miss Sallie gave an overview of the Department of Oratory: “The purpose of the course is to produce effective readers and speakers, to substitute natural methods of expression for the faulty delivery prevalent in the pulpit, on the platform and on the stage.”

She also stated that the “subjects of study were: Physical training, Respiration, Vocal Culture, Articulation, Gester, Inflection, Emphasis, Analysis, Dramatic Reading.” She called her department “Oratory,” never “Elocution.” One of her most well known students was Stark Young, who became a renowned theater critic of the early to mid-1900s. He wrote of Miss Sallie, “When I was asked where I had studied about the theater… the only reply I had was… my work with Miss Isom….” L.Q.C. Lamar, himself known for his oratory, once said of Miss Sallie and her appointment as the first female professor at the university, and maybe the first in the South, “It was an exceptional recognition bestowed upon her in consequence of the rare abilities.”

She was known to lavish her teaching on her male students. Many men who later had distinguished careers in law, politics, and the arts credited Miss Sallie directly for their individual success. It was also said that Miss Sallie was “endowed with a voice of great range and volume, together with sweetness and delicacy….” She read, as the opening speaker at the Shakespeare Jubilee Celebration held at Stratford-on-Avon. She read in other parts of England and America, and was said to have always spoken with great success and distinction. She was invited to recite at the commencement recital of the American Oratorical Association in Washington in June 1901.

A university dorm was named for her in 1929. Isom Hall was to “honor her and her family who had contributed immeasurably to both the community of Oxford and the University.” Stark Young also stated she was no feminist, although the Isom Center on campus was formed to “address the changing roles and expectations of women students, faculty and staff.” She much preferred to teach men because “women would never amount to anything for they would only marry and be wives.”

One interesting habit was that she enjoyed an occasional cigar and would take a drive in the country, with her maid, in order to smoke out of view of the Oxford and campus folk.