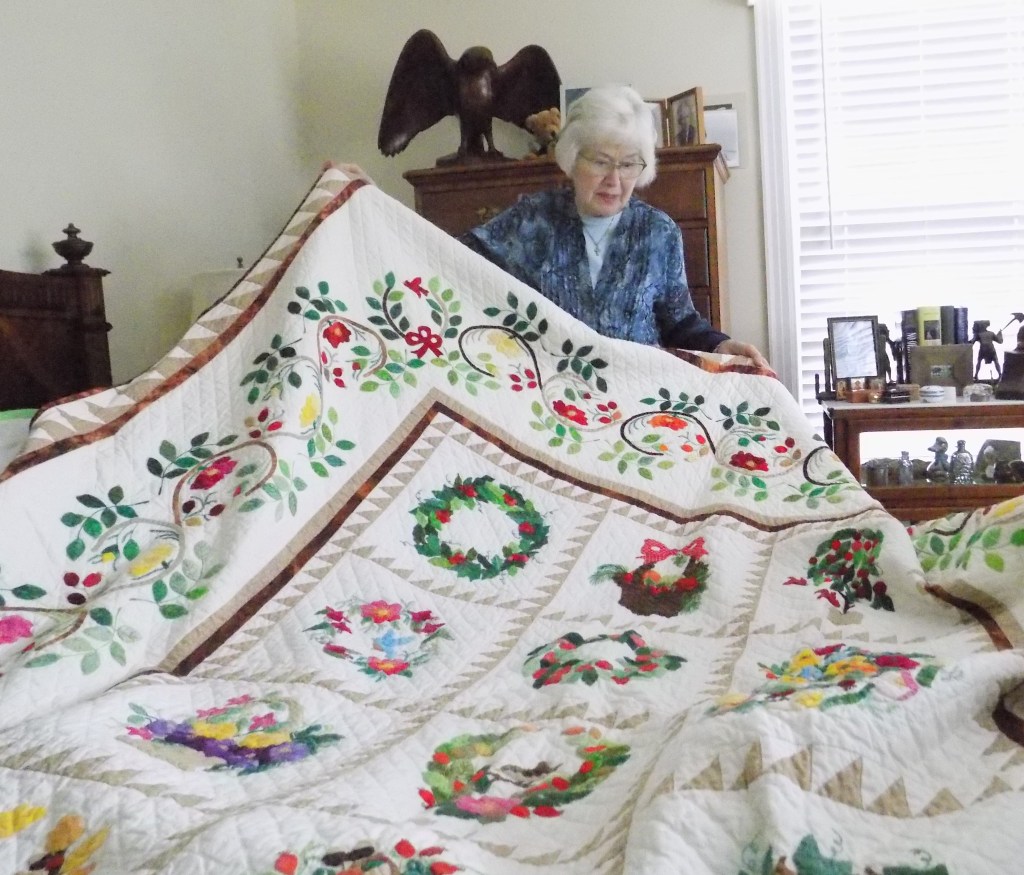 While some naysayers may believe quilting to be one of the least exciting hobbies, one retired schoolteacher could beg to differ. World traveler Jean Shaw, 74, has sewn and designed quilts for all seven continents.

“I find it relaxing,” Shaw said. “I find it creative. I find it a way to preserve some memories.”

Spanning decades of travel, Shaw has been to every state in the U.S., almost every province in Canada, multiple countries in Africa and Asia, most of Europe, Australia and Antarctica. The result is a one-of-a-kind quilt with detailed features. When she travels, she loves to take pictures of people she meets, places she goes and monuments in the area.

But after she gets back, the needle and thread come into play. She plans out fabric and size by going through all of her photographs and picking out a select few that would look best. She draws the images on paper and then transfers the image to a quilt patch before painting each one.

Even though Shaw takes great pains to make her craftwork accurate and appealing, she said it does not take much time anymore. One quilt from Asia has images of the famous Terra Cotta army. The painting is so indepth that the tiniest military equipment is noticeable. Shaw’s quilt she crafted after a visit to Italy and Greece is complete with Hercules, Zeus and Grecian statues that are so detailed expressions can be seen. Additionally, the Roman togas have decorations and stitches painted on.

“I probably fussed over these trying to capture the people,” Shaw said.

Her quilts are not just for looks; they are useful and make thoughtful gifts as well. A favorite quote can be seen on the way to her studio. It reads: “The full measure of man can not be seen in man himself, but in the colors and texture that come alive in others because of his touch.” Shaw exemplifies her advice by staying active in several quilting groups in Oxford that quilt for charity. Some of the groups’ quilts have been given out by law enforcement and child protective services to comfort homeless children and victims.

In January, she completed more than 50 prayer shawls and one quilt with the help of her sewing circles. She gave them out to people she met while on a mission trip in Jamaica. “It’s just a fun hobby for me,” Shaw said. Although she devotes her time to charity work, Shaw has yet to lose her wanderlust. She is already planning a trip with friends in October to visit Spain and Portugal; two of the few Europeans countries she has not yet seen. “I’ve been very, very fortune,” Shaw said. “Very blessed.”