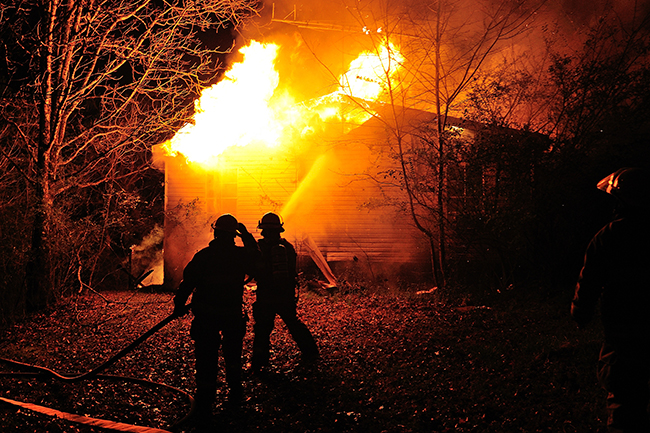 THOMAS GRANING Lafayette County firefighters work to extinguish a house fire at 101 County Road 149 in Oxford, Miss., early Sunday, March 13, 2016. James Chambers, associate dean for research and graduate programs in the School of Engineering and also an associate professor of mechanical engineering and senior scientist in the National Center for Physical Acoustics, died in the fire. 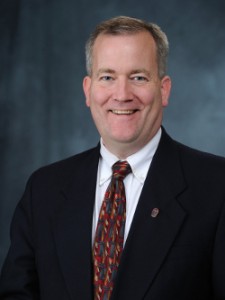 The University of Mississippi professor and associate dean who died Sunday in his house after it caught fire was the one who called 911 to report the fire. Lafayette County Coroner

Rocky Kennedy said James. P. Chambers was found dead in the remains of his scorched home.

Chambers was the associate dean for research and graduate programs in the School of Engineering was also an associate professor of mechanical engineering and senior scientist in the National Center for Physical Acoustics.

The call came into 911 dispatch at 1:52 a.m. Firefighters responded to 101 County Road 149, or Anchorage Road, but the fire was already fully involved. Three engines and 16 firefighters fought the blaze.

Due to the investigation by the Lafayette County’s Sheriff’s Department and Mississippi Fire Marshal’s Office no other information about the cause of the fire was released this morning, accord- ing to Wes Anderson, fire coordinator for the Lafayette County Volunteer Fire Department. The investigation is customary, he said, when there’s a death or significant loss of property.

Chambers was alone in the house. His wife and sons were away at Boy Scout Camp, something Chambers was an avid supporter of during his lifetime.

He often worked with local Boy Scout troops and Cub Scout packs, helping them earn their engineering, robotics and other science-related merit badges and activity pins and to meet advancement requirements.

On Sunday, Rich Chapman, Scout executive for the Yocona Area Council released a statement about Chambers’ death and asked the Scouting community to reach out to Chambers’ wife and family.

“We ask for your support and prayers for the Chambers family in this incredibly difficult time,” Chapman wrote. “They are a strong family that has already endured a lot over the last year. We need to let them know that they are also part of a strong Scouting family that will be right there with them through this.”

Also on Sunday, Dr. Jeffrey S. Vitter, chancellor of the University of Mississippi released a statement regarding the death of the 47-year-old Chambers.

“The University of Mississippi is shocked and heartbroken to learn about the tragic death of Jim Chambers, the associate dean for research and graduate programs with the School of Engineering. Jim was a respected leader, dedicated teacher and mentor, an accomplished scientist who had tremendous impact in our community. We offer our condolences to Jim’s family, and our thoughts and prayers are with them. The entire Ole Miss family is here to support Jim’s family during this difficult time.”

A graduate of Georgia Tech, Chambers was named a Hertz Foundation fellow, one of the most prestigious fellowships in the applied sciences, in graduate school and an outstanding graduate of the Woodruff School of Mechanical Engineering in 2010. His research focused on custom sonar systems to monitor sediment transport in support of erosion studies, which has received funding from the U.S. Department of Agriculture, Bureau of Reclamation and U.S. Geological Survey.

Chambers’ colleagues say teaching was something Chambers valued above all of his other duties, which earned him the Teacher of the Year in Mechanical Engineering in 2013.

Provost and Executive Vice Chancellor Morris Stocks said, “Not only was Jim a valuable member of our community and a wonderful colleague, to many of us he was a valued and trusted friend. As a community, we extend our deepest condolences to the Chambers family.”