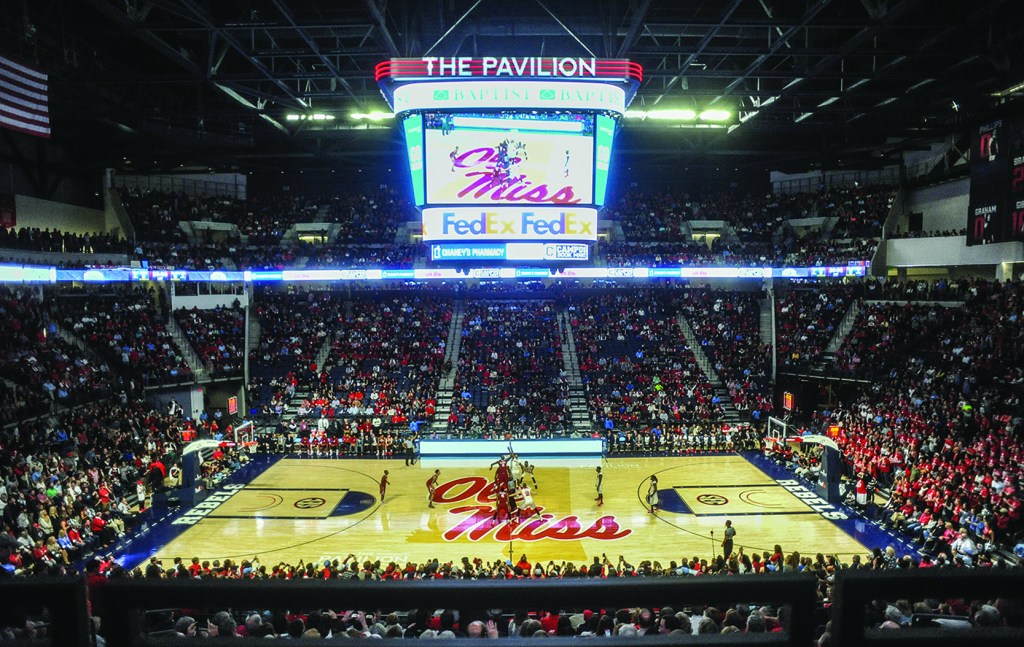 The Pavilion at Ole Miss changes the expectations for Ole Miss’ men’s basketball program with head coach Andy Kennedy counting on it changing the talent level for the better.

This season for the Ole Miss men’s basketball team was a disappointment, and you can rattle off a number of reasons why.

Maybe the biggest was Stefan Moody being left to do all the heavy lifting far too often with everybody in the arena — including his teammates — watching him work. Then Moody pulled his hamstring, Sebastian Saiz’s retina partially detached, Martavious Newby’s eye was nearly swollen shut, Ole Miss lost to South Carolina and Mississippi State early in the Southeastern Conference season with the trio watching from the bench, and even though all three eventually returned, the Rebels never recovered.

A 20-12 record that included just one win against NCAA tournament teams wasn’t nearly good enough to be a part of this year’s field, and the Rebels found out Sunday night it wasn’t good enough to be a part of the National Invitation Tournament either. But when you don’t make the NCAA tournament, especially for an Ole Miss team that’s been to two of the previous three, that’s the disappointment.

The Rebels’ 2013 and 2015 NCAA bids are the only ones in Andy Kennedy’s 10 seasons at the helm, though getting a program like Ole Miss to the Big Dance has never been easy. The Rebels had just six tournament appearances ever before Kennedy took over, and despite having to try to recruit to the eye sore that was Tad Smith Coliseum, he’s won at least 20 games eight times without ever having a losing season.

But coaches’ fates are determined by how often they go dancing, and with Ole Miss going from the outhouse to the penthouse in terms of the building it plays in, the expectation is for the Rebels to do it more often than they have in the last decade.

Kennedy, as genuine and straightforward a talker as you’ll find in college coaching, has been open about the struggles of trying to lure elite talent to the Tad Pad. He’s gotten some — Terrico White, Chris Warren, Murphy Holloway, Reggie Buckner and Jarvis Summers come to mind — but he’s been left to scour the international and transfer markets just as often in part because many of Ole Miss’ top targets weren’t going to play in a run-down building that Kennedy didn’t even want them to see during visits to campus (if they visited at all).

Some of those transfers worked out. Marshall Henderson took the SEC by storm during the Rebels’ run to the tournament three years ago, and Moody has been even better the last two years. But Moody is gone as are two other starters from this year’s team in Newby and graduate transfer Tomasz Gielo.

The Rebels have another transfer expected to take over the primary scoring role from Moody in guard Deandre Burnett, who sat out this season after coming from Miami, but having a palace in the Pavilion that will finally appeal to the taste of some of the nation’s top high school seniors will only help Kennedy restock his roster with a higher level of younger talent more consistently. The more talented players you have at each position, the better your odds of being balanced.

“That’s what I expect,” Kennedy said after his team played its final game in the Pavilion this season. “There are other factors than the arena why people choose schools. There’s a lot of factors other than the arena. But we can now check that box that that’s no longer an albatross.”

So while this season was disappointing, it’s giving way to expectations that may be as high as they’ve ever been for the program. With a brand-new arena that’s expected to produce better players who are expected to produce more consistent results, the NCAA tournament has to be a standard for the Rebels, not a hope.

And nobody knows that better than the man ultimately responsible for getting them there.

“Now I think — and I’m challenging my staff — our vision has to increase because now we have a realistic chance that we didn’t have before,” Kennedy said.