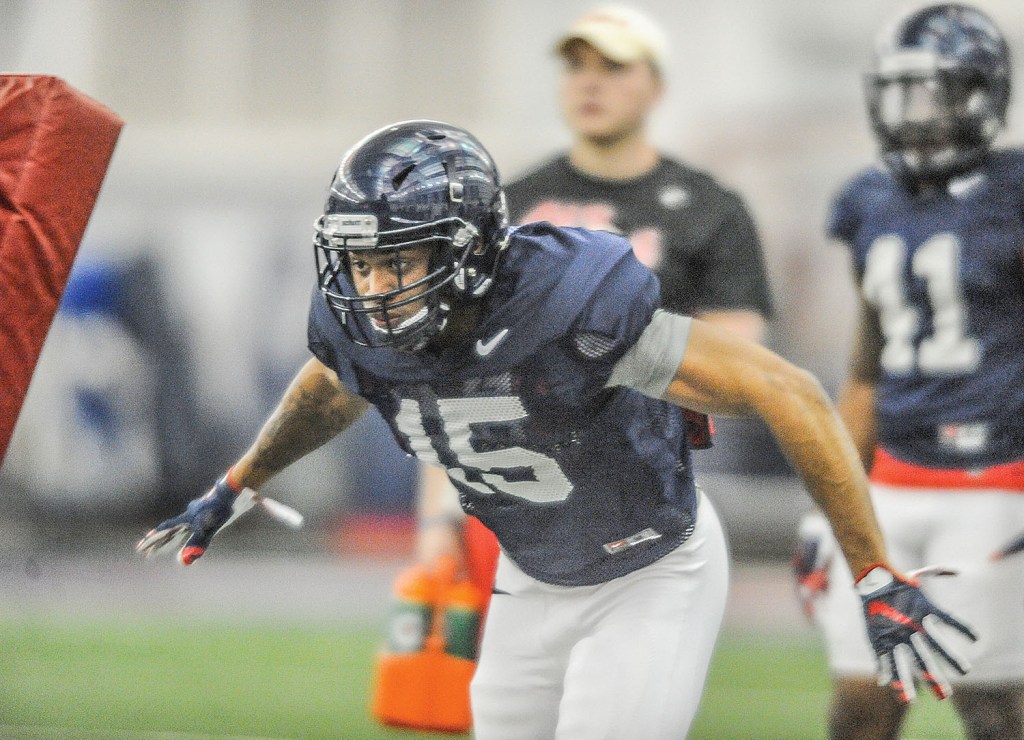 The offensive line and linebacking corps are the most pressing concerns for Ole Miss this spring as it pertains to trying to find the next wave of significant contributors, but the secondary isn’t far behind.

The safety spots are of particular interest.

Ole Miss has both starting corners back in Tony Bridges and Kendarius Webster, but the Rebels have to find replacements for Trae Elston and Mike Hilton. Rising junior C.J. Hampton is the most experienced candidate to take over at free safety after starting four games there last season, but the Rebels have a handful of young options who are making an impression.

“We’ve got some good young kids,” head coach Hugh Freeze said. “We’ve just got to find out how it is when we start going fast with tempo and motion starts occurring. Can they think through it and then perform?”

Four freshmen are in the mix at the safety spots as well as Huskie, positions that were fluid last season after the domino effect caused once Tony Conner tore his meniscus three games in. Conner will take over again at Huskie, or the nickel corner position, in the fall, but everything else is up for grabs.

Redshirt freshmen Armani Linton and Montrell Custis have been joined on the back end by early enrollees Greg Eisworth and Myles Hartsfield. Linton is working at free safety with Hampton and rising juniors A.J. and C.J. Moore, who’s also getting reps at rover, safeties coach Corey Batoon said.

Zedrick Woods is also working at rover but has the flexibility to play multiple spots after playing every position in the secondary but corner last season as a freshman. None of the youngsters are staying in one spot with Conner being held out this spring.

“We’ve been trying to take a look at really the three new guys,” Batoon said. “Custis, even though he redshirted last year, he redshirted pretty quickly. We moved him around to a couple of different positions, so he’s really like a new guy.

“We’re trying to juggle getting a good look at those guys, knowing what they’re going to be able to give us in the future and also trying to plug in new guys at the other two positions.”

Freeze and Batoon said they like the size and length the 6-foot-2, 206-pound Linton adds to the secondary while Hartsfield has the chance to contribute immediately. Hartsfield, a New Jersey native, is nearly a full year removed from high school after attending prep school last season.

Rated as the nation’s top prep school safety by 247Sports.com during last year’s recruiting cycle, the 6-0 Hartsfield has a blend of physical maturity and versatility that gives him a leg up on the Rebels’ other newcomers.

“Looks kind of similar to a junior college guy in terms of his maturity,” Batoon said of Hartsfield. “He’s a physical kid. He’s put on some weight since he’s gotten here. He’s about 200 pounds. He has the coverage skills you want where he could possible go back to corner if we need.”

Said Freeze, “We’re really excited about him. I don’t want to get too excited until we have some practices, but he’s explosive and he’s long. We think he can play a lot of things.”

But the competition is just beginning.