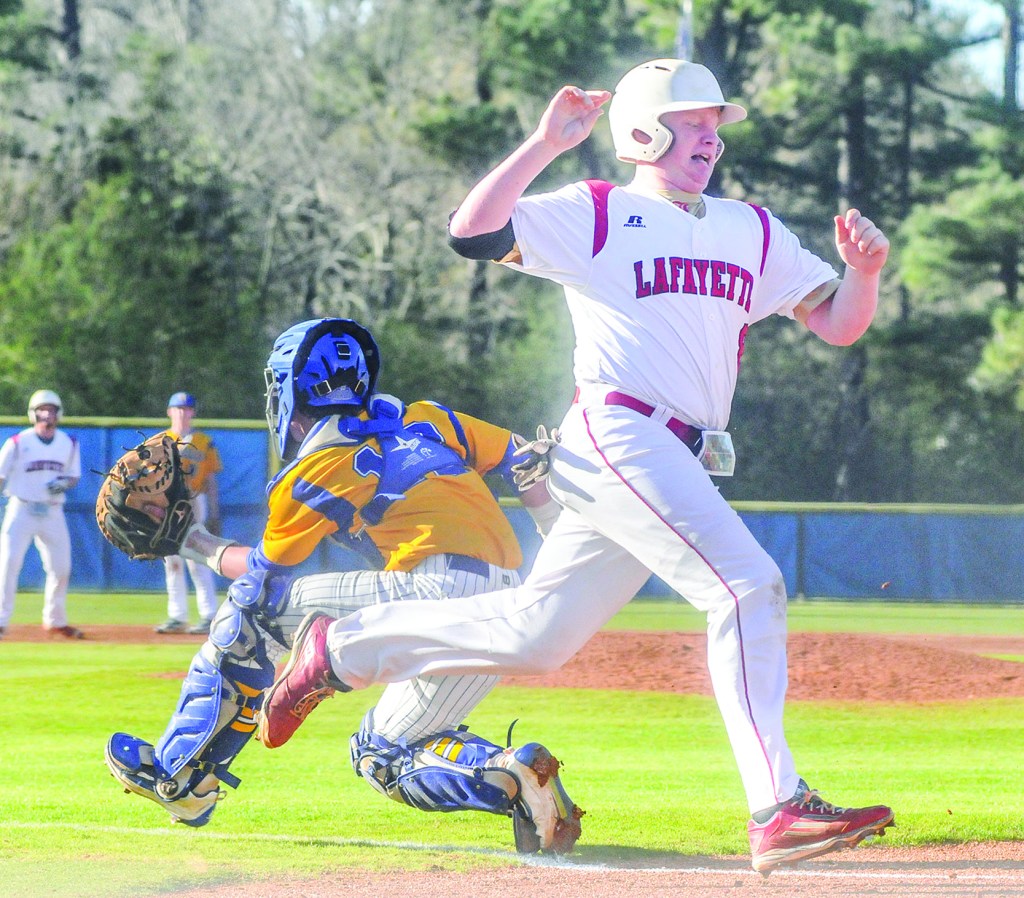 Lafayette was its own worst enemy Wednesday night.

Tupelo rallied for an 11-4 win with plenty of help from the Commodores in the Oxford Spring Break Tournament at Edwin Moak Field. The Golden Wave plated three unearned runs on three errors committed by Lafayette, which was outscored 10-0 over the final four innings after taking a 4-1 lead after three.

Things unraveled for the Commodores (4-5) in the fourth.

Tupelo (5-6) erased the deficit with four of its first five batters of the frame reaching to chase Lafayette starter Mack Bishop. Reliever Will Cullen induced a bases-loaded grounder from Ray Sandroni to third baseman Will Ard, but Ard’s throw home went wide of catcher Ross Ingram, allowing two runs to score to give Tupelo a 6-4 lead. Tupelo added two more runs on a misplayed pop-up three batters later to cap its seven-run inning.

“I think it’s the most talented team I’ve ever had, but it’s not the team that wants it all the time either,” Lafayette coach Greg Lewis said. “They will definitely look around to see and hope someone else will make a play. I’ve got to find nine guys that want to go out there and make the play. They’re looking around a lot right now.”

Lafayette got an RBI double from Will Christian in the first, a two-run double from Ard in the third and an unearned run of its own on a error later in the inning for the early three-run lead, but the Commodores couldn’t do much else against Tupelo’s South Sanders, who threw 129 pitches for the complete-game win.

Sanders allowed three earned runs on seven hits while striking out five, but Lafayette had no hits and just three baserunners after the third. Bishop took the loss after surrendering five runs (four earned) on four hits while walking four in 3.1 innings.

“We let that (seven-run inning) get in our head, and then we took it from the field to the plate also and just quit battling at the plate,” Lewis said.

Lafayette will try to salvage a game in the tournament when it takes on Oxford tonight at 7.

“I want to find another couple pieces to the puzzle,” Lewis said. “I thought we found a couple the other day, but we need to find the rest of them before we start this district run and everything else. If you can’t get up for this game, there’s nothing to get up for I guess.”