TMR show to be held at Lamar Lounge this evening 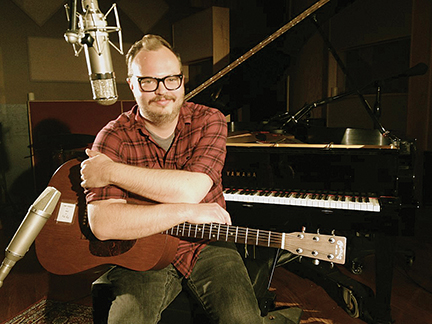 The Thacker Mountain Radio Hour will perform a special Pop-Up edition of the show today at 6 p.m. at the Lamar Lounge located at 1309 N. Lamar Blvd. Admission is free.

The show is hosted by Jim Dees and Thacker house band, the Yalobushwhackers, featuring multi-instrumentalist Eric Lewis. Food and drink service will be available throughout the show.

This show will not be broadcast live but will be recorded for a future air date. Next week the show returns to Off Square Books.

Ginsburg’s newest book is the novel, “Sunset City” (Ecco Press), a taut, erotically charged literary noir set in Houston about a woman caught up in her friend’s shocking murder, and the dark truths she uncovers.

Ginsburg was born and raised in Houston, Texas, and attended the Iowa Writers Workshop. She is the author of the poetry collection “Dear Weather Ghost” and two poetry chapbooks, “Arbor” and “Double Blind.”

She teaches creative writing and literature at the University of Mississippi. Sunset City is her first work of prose.

Mathus’ latest CD is the nine-song EP “Band of Storms” (Big Legal Mess) to be released May 9. The album was recorded at Dial Back Sound in Water Valley, not far from Mathus’ home in Taylor.

Mathus, known nationally for his work with Buddy Guy and the Squirrel Nut Zippers (who are readying a series of comeback performances), meshes blues, country/gospel and his own brand of honky-tonk into what he calls, “you know, folk music.”

Mathus’ most recent CDs include “Blue Healer” and “Dark Night of the Soul.”

Bryant, known for his work in the band Water Liars, has a solo release titled, “This Is the Life” (Sleep Records). His previous solo albums include “Hook,” “Magnolia State,” “The Story Never Told,” “Galilee” and “Honeymoon/Blackbird.”

The Thacker Mountain Radio Hour can be heard every Saturday night at 7 on Mississippi Public Broadcasting, radio or online at www.mpbonline.org/programs/radio/listen-live/.

Appreciating the work of young artists