Veteran OPD officer leads on the range and in the classroom 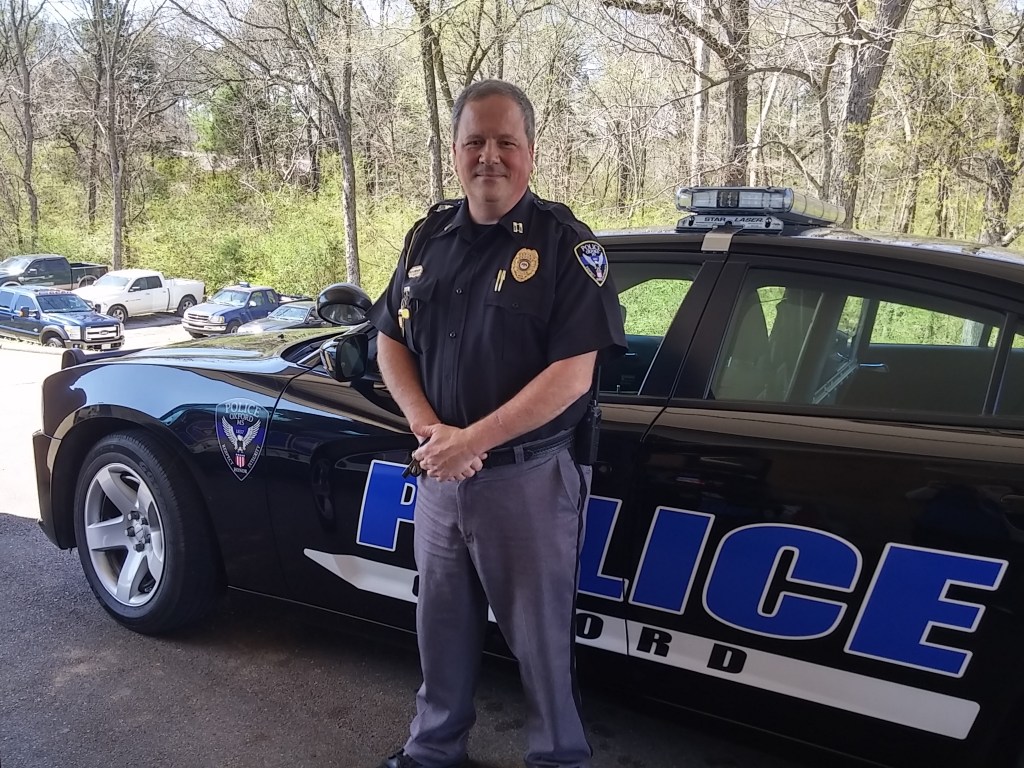 Philip Zampella is in his 25th year with the Oxford Police Department and has worn a variety of hats during his time as an officer.

Philip Zampella has made his mark as a leader in the schools, on the streets and on the shooting range.

Zampella, 48, has served in a multitude of roles during his 25 years with the Oxford Police Department, and enjoys it so much he carries his leadership roles over into his free time and shows no sign of slowing down.

He has been a patrolman, field training officer, sergeant over a shift, a school resource officer, a firearm instructor, SWAT team member, and is now a captain over patrol who also plans police details for special events like games, races, festivals and more.

Zampella, a natural leader, said he enjoyed his time in the Oxford School District as a SRO for 12 years.

“I think I was a daddy and a parent to many of them. I really was,” he said. “I paid for many, many lunches. If a kid needed something, I gave it to them. If they asked me, they got it. I did enjoy that, trying to help them, trying to be a mentor to the young folks to the community.”

He didn’t just mentor the kids, he also mentored his fellow officers on the shooting range. The Lafayette County resident is an FBI-certified sniper and led firearm instruction for 20 years. He served on the SWAT team for 18 years.

“That’s what my main job on the SWAT team was, to be the sniper,” he said, and he’s won state competitions for that role.

“What I enjoyed a lot during my career was competing with the SWAT team, going to competition and firearm stuff,” Zampella said. “That is like a passion for me. I enjoy teaching it, I enjoy doing it. I always enjoyed the firearm part of the job.”

Because he can’t get enough of it, he works for the state Homeland Security as an adjunct professor teaching active shooter response to officers. Also, on his off days he teaches the conceal carry permit classes for residents. But even though he spends his free time with guns and books, it’s not quite his favorite police duty.

“If I had to say, my favorite thing to do is patrol,” he said. “I’ve enjoyed being back on patrol and have always wanted to be a supervisor on patrol, so I enjoy it.”

There’s something different every day, and Zampella’s most memorable time on patrol thus far was when he was in his 20s, pulling over a man in his 40s.

“Nothing ever surprised me,” he said. “I made traffic stops with a million excuses, but one of those that does stick out is I stopped a guy one time who said, ‘Sir, I’m going to be completely honest with you. I know I’m speeding but I’m trying to get home. I’m about to miss an episode of Batman.’

“I busted out laughing, handed him his driver’s license back and said, ‘See you later, that’s the best one I heard ever.’ You could tell he wasn’t lying, and it about floored me.”

Zampella now has enough years under his belt to retire, but it isn’t on his agenda. He said he enjoys everything too much.

“I’ve always been told that if you like the job that you do you will never work a day in your life,” he said. “I have truly loved everything I have done here, it’s been a great department to work for and even my family worries about me retiring. They say they don’t think I will be able to. I’m not ready to do it yet, I still love what I do.”