Chargers power their way past Cabot 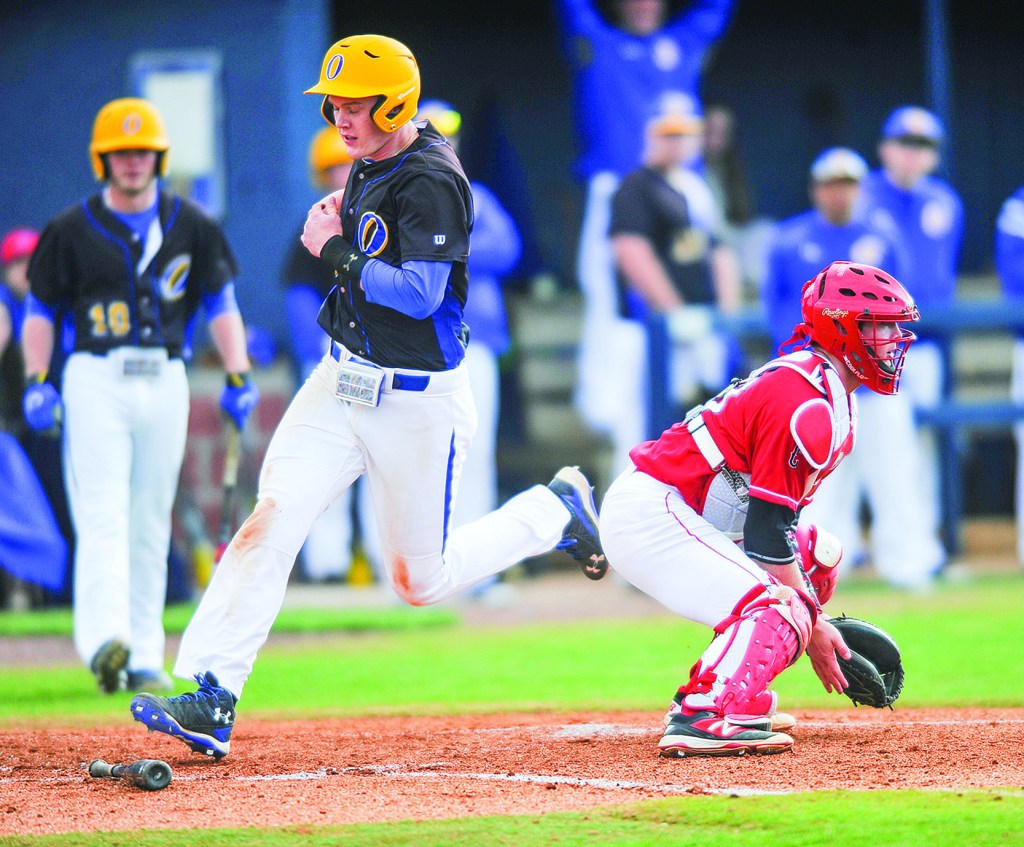 Oxford’s Houston Roth (19) scores as Cabot catcher Rail Gilliam (15) awaits the throw at Edwin Moak Field on Saturday. The Chargers improved to 10-4 with a 4-0 win.

The Chargers (10-4) once again got off to a quick start, scoring a run in each of the first three innings but also were not able to cash in on more scoring opportunities in the later stages to break the game open.

Right fielder Houston Roth scored a run in the second while shortstop Grae Kessinger scored in the third. Both were unearned due to a Cabot error in each inning. The Chargers added their final run in the fifth off of Dillard’s second home run.

The game could have gotten out of hand very early as Oxford left five men on base through the first four innings and seven total. In the second and third innings, the Chargers had runners at second and third and both times failed to bring them home, leaving runs on the basepaths.

It was not for lack of trying to create scoring opportunities as Oxford was aggressive on the basepaths, racking up four stolen bases and one runner advanced on a passed ball.

“It’s that time of the year where we need to get aggressive,” Baughman said. “I’ve done a poor job of thinking we were going to be good enough at standing at the plate and just moving runners without doing anything. We’re going to get a little aggressive.”

On the mound, Carson Stinnett was solid for Oxford, pitching a two-hit shutout. He recorded six strikeouts and walked three while facing just three batters above the minimum in an outing where he threw right at 80 pitches in seven innings. It was the second straight game Oxford did not have to go to the bullpen.

“(Stinnett) threw pretty well,” Baughman said. “Especially coming off that game in Atlanta where he through excellent, probably the best outing I’ve seen him throw. He pounds the zone. When he doesn’t walk people, he’s very effective. Very efficient today.”

Bianco update
After suffering a shoulder injury in the first inning against Lafayette on Thursday after diving back into first base, initial results showed Ben Bianco could be lost for the season.

The Oxford infielder/catcher and cleanup hitter was diagnosed with a torn labrum after receiving an MRI on Friday, Baughman said. Bianco will seek a second opinion Monday before making an official decision on his season status.

Oxford begins Region 2-5A play this week when the Chargers host New Hope at 6 p.m. on Tuesday then will travel to New Hope on Thursday.

Rebels getting glimpse into future at QB