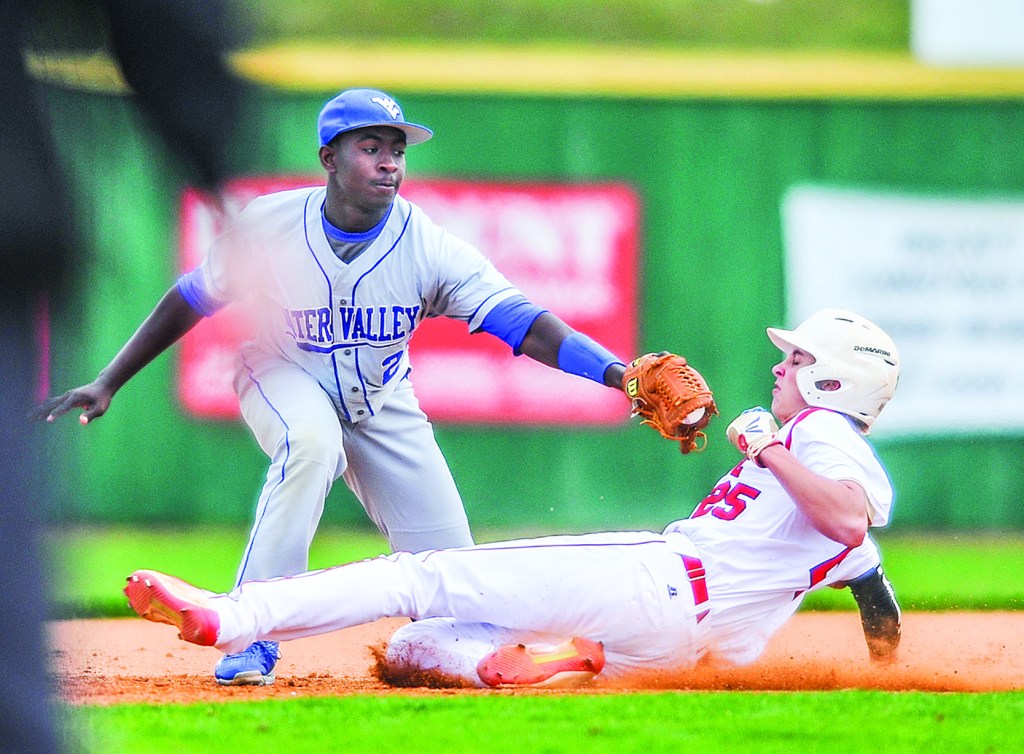 Kary Bridges likes for his team to play games like Saturday’s to get ready for the postseason.

Water Valley outlasted Lafayette for an 8-6 win in extra innings in the teams’ only meeting this season at W.V. Brewer Field. The Blue Devils plated two runs in the top of the eighth to claim their second straight win while the result capped an 0-4 week for the Commodores.

“That’s why we play the schedule that we play, to face some good pitching and to face some adversity and some tight situations to get us prepared for what our goals are,” Bridges said. “Any time you play Lafayette, that’s what it’s going to be.”

Lafayette (4-7) rallied for two runs in the home half of the seventh against Water Valley starter Cooper Clement with Tyler Williams’ RBI single sending the game to extras. But Clement helped himself with an RBI single to center in the Blue Devils’ next at-bat, and Water Valley (7-1) added a second run on the play when the ball got past Xavier Martin. Five errors in all continued a struggling defensive theme that’s plagued the Commodores all season.

“It’s getting to us,” Lewis said. “Didn’t come out ready to play today.”

Clement retired the Commodores in order in the bottom half of the frame to get the win. The East Central signee scattered seven hits and walked two while striking out 11.

RBI singles from Donovon Gaston and Carson Sharp gave Water Valley a 2-0 lead through two and a half innings, but Lafayette took advantage of some Water Valley miscues for four runs in the bottom of the third. Two runners reached on passed balls on strikeouts with Will Ard, who had a one-out double, scoring on one of them. Williams and Colin Crawford had RBI singles later in the inning to put Lafayette up 4-2.

“It was sloppy at times,” Bridges said. “I thought we did swing the bats well when given the opportunity, although with us, we left some runners on base. But I was proud of them.”

The Commodores returned the favor in Water Valley’s next at-bat.

After Gavin Darby cut into Lafayette’s lead with an RBI single, shortstop John Tate Roberts threw away Austin Smith’s grounder trying to get the force at second, allowing another run to score. The Blue Devils tacked on a third run later in the frame to reclaim the lead and got some insurance in the fifth on Brian Willhite’s RBI single through a drawn-in infield.

Will Cullen was pegged with the loss after throwing the final three innings in relief, allowing three hits and striking out one. Crawford went 2-for-3 with two RBIs while Clement finished with three hits for Water Valley.

Water Valley played again Saturday night at Mooreville, but the game was not completed as of press time.