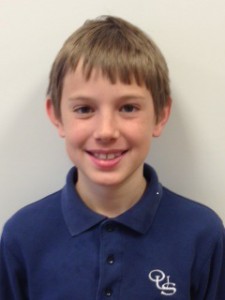 Captain competed against students at OUS on geography topics. As the school winner, he will compete in the 2016 Mississippi National Geographic State Bee April 1 at Hinds Community College in Pearl, Mississippi. Schools throughout Mississippi hold bees for students in grades four through eight.

The winners of each school are then required to complete an online qualifying test for the National Geographic Society. Approximately 100 of the top-scoring students in each state, the District of Columbia and U.S. territories are invited to compete on the state level.