BACK ON TRACK: Commodores sweep DH from Rosa Fort in routs 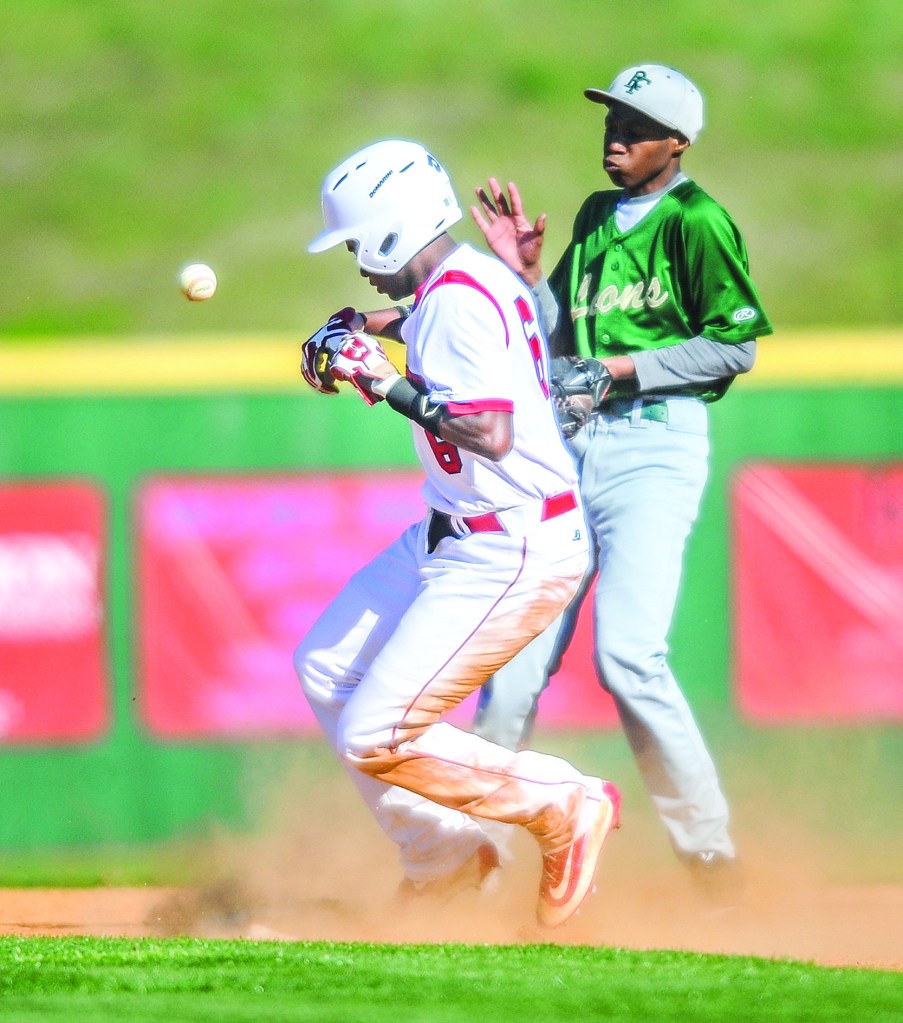 After going 0-4 last week, including 0-3 in the Oxford Spring Break Tournament, the Lafayette High baseball team needed something to stop the bleeding and right the ship.

Rosa Fort was just what the doctor ordered.

The Commodores swept a Region 2-4A doubleheader with Rosa Fort with a 20-0 win in three innings followed by a 12-0 win in four innings in the nightcap at W.V. Brewer Field on Monday night.

“I’m glad we were able to get something, and it’s good to get back on the W side,” Lafayette coach Greg Lewis said. “You can at least see some smiles over there again. It’s been rough the last four or five games, so it feels a lot better.”

Will Ard took the mound for the Commodores (6-7, 4-0 Region 2-4A) in Game 1 of the twinbill and pitched lights out. The junior worked three innings of perfect baseball, facing the minimum and striking out eight batters. The final out was a groundout to second base.

“That’s the one thing that I told them was that if we had anything to go off of, it was Will pumping the zone, filling it up,” Lewis said. “I was real proud of Will because he kind of struggled the last time. That’s the first time he’s (been on the mound) in a while. He was able to throw (his fastball) and his curveball, so that was good.”

Offensively the scoreboard was filled up by Lafayette, but it was not due to an aggressive approach at the plate as the Commodores only had eight hits in the first game. The majority of the damage was from patience at the plate and cashing in on Rosa Fort mistakes.

The Lions’ pitching issued 11 walks and had three errors in two innings, allowing Lafayette to get on base and score at will. The Commodores batted around the lineup in both innings.

After being aggressive at the plate last week, taking what pitches were given was a welcomed sight.

“We didn’t swing (at bad pitches), but we weren’t getting a whole lot to swing at at the same time,” Lewis said. “We’ll get that part. I’m just ready to get that game at Center Hill here and see what we do.”

Luke Gosset went 2-for-3 with three RBIs while Mack Bishop and Will Cullen each went 2-for-2 with Cullen recording an RBI.

Colin Crawford toed the rubber for Lafayette in the second game, pitching three innings of no-hit baseball. Like Ard, he recorded eight strikeouts and issued one walk.

“(Crawford’s) been injured all year and just trying to run him back out there a little bit,” Lewis said. “He’s definitely a guy we see coming in for us in spot relief and stuff. He does a good job, and he’s swinging the bat well, so he’s trying to make it way back in the lineup.”

Lewis put a younger lineup on the field in the nightcap, allowing every Commodore to see some action. Corey Taylor went 2-for-2 in the leadoff spot, hitting a single and reaching on an error by the Rosa Fort first baseman in the third inning.

With the doubleheader being played Monday, Lafayette does not have to travel to Tunica on Thursday. The Commodores’ next game will be Friday when they host Center Hill with a junior varsity game set for noon and varsity to follow.