There were several connections in past headlines 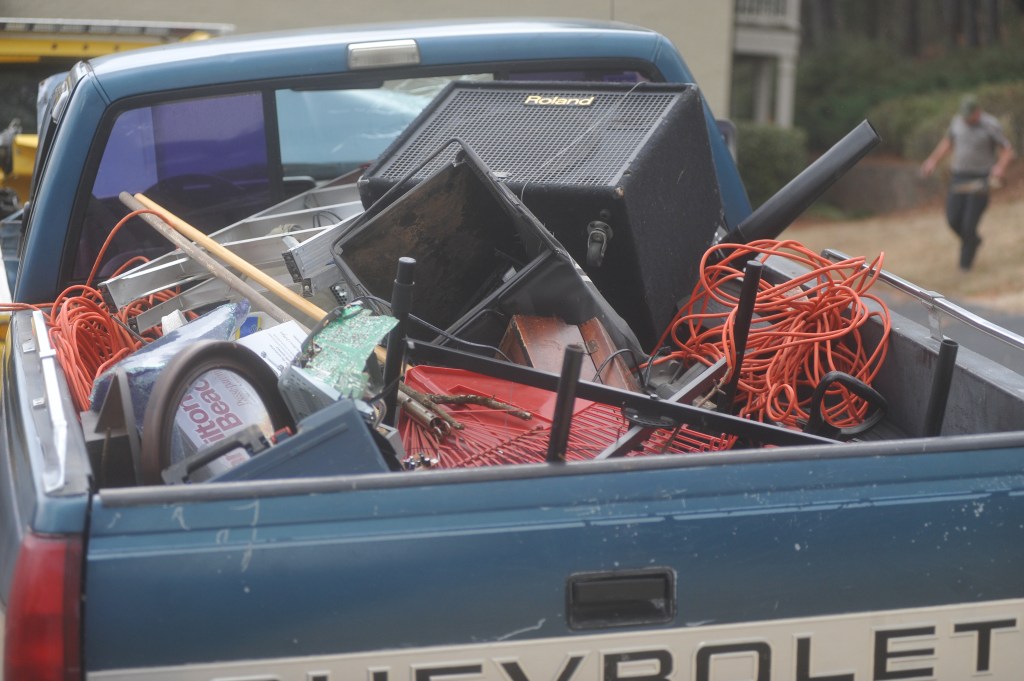 A truck loaded with suspected stolen items at Jackson Square used by alleged suspects in a robbery in Oxford, Miss. on Wednesday, March 23, 2011. One suspect was arrested following a chase and police are searching for another. All Oxford schools were under lockdown for a short time as law enforcement searched for the second suspect.

Police connected with suspected burglars, two families connected over it being a small world, local guardsmen reconnected with families after a tour of duty, residents connected with employment, and one teen will not be connecting with a baseball this season. See these excerpts from 2011, 2010, 2002, 1995 and 1980.

Two Tennessee men were in custody Wednesday after a long day for police and children shut inside their school.

Justin Carrol and Waymon Perry Russell, both of Collierville, Tennessee, were charged with at least three counts of burglary, and more counts were pending. They allegedly broke into homes on Jeff Davis Extended, Phillip Road and Mimosa Drive and had a stolen vehicle.

After police attempted to stop the vehicle, it crashed and the suspects ran into a wooded area.

Two students, nearly 100 years after the Titanic sunk, discovered their relatives were friends and were among those thrust into the icy waters when the ship went down.

Sam Barnard and Luke Lilly, made the connection when both families were eating dinner together and discussing the class INSIGHTS program. The passengers they were related to are Maj. Archibald Willingham Butt and Frank D. Miller, and a memorial fountain on the Washington Mall is dedicated to the two men.

Thirty-two Oxford men put down their weapons and picked up their families last night.

After leaving town almost eight months ago, soldiers of the Company A, 2nd Battalion, 198th Armor, arrived back in Oxford. After six weeks of training and a six-month tour in Bosnia, the men are now back at state-side lives.

The families missed Thanksgiving, Christmas, New Year’s and 9/11 with their families and they are ready to be home.

Lafayette County again was first among the 82 in Mississippi when January’s unemployment figures were released.

The state’s Employment Security Commission has ranked Lafayette at No. 1 for six consecutive months. For January, the rate was 3.1 percent.

A federal judge has denied a 15-year-old boy’s request to play baseball at Oxford High School this spring and said the lack of participation does not violate his Constitutional rights.

John Laurenzo sued through his father, Frederick E. Laurenzo, to be allowed to play despite the Mississippi High School Activities Association rule that bars a student for one year, if custody of the student has been given to one divorced parent and the student moves to a different school district to live with the other parent.

John lived with his mother in Memphis until August 1979 after a March divorce. He returned to Oxford.

U.S. Northern District Judge L. T. Senter said in his ruling, “participation in athletics is not a right secured by the Constitution…”