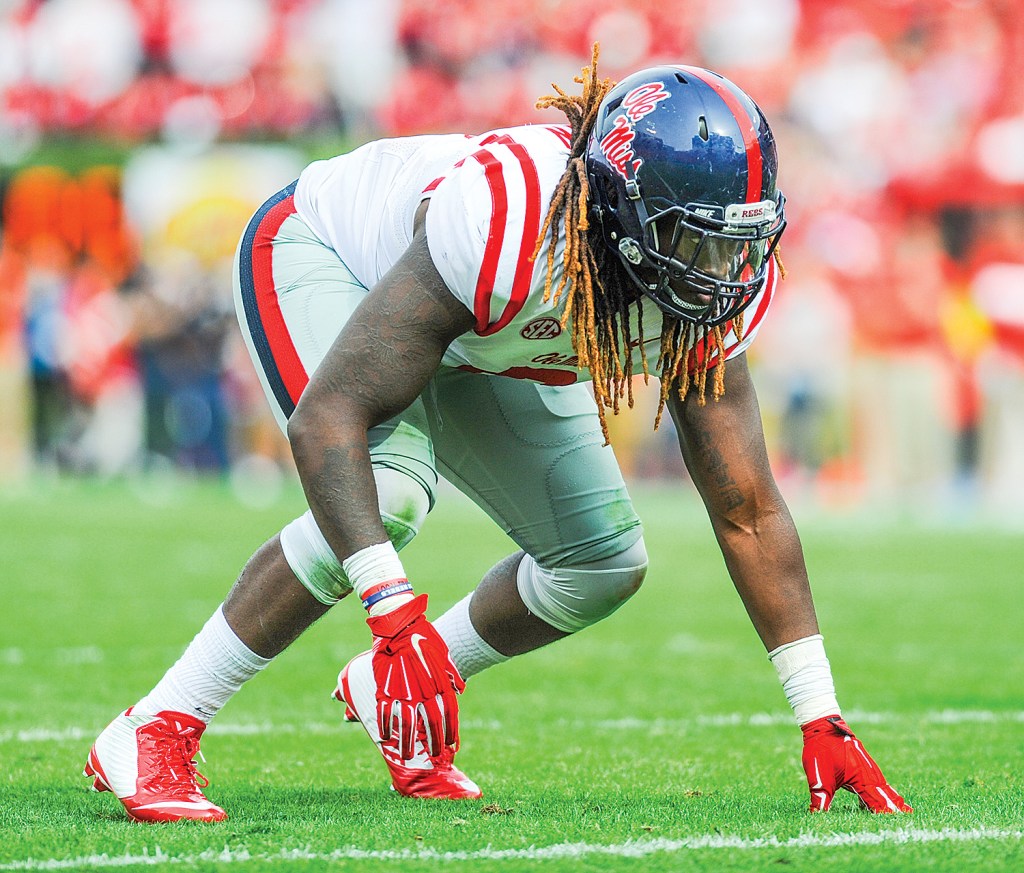 Fadol Brown, who put off the NFL to return to Ole Miss for his senior season, is part of a defensive line that’s out to prove it’s got the depth and experience to once again be disruptive despite the loss of Robert Nkemdiche and others. (Bruce Newman)

Robert Nkemdiche is no longer a part of Ole Miss’ defensive line, but those who are still around aren’t worrying too much.

Nkemdiche’s All-American career with the Rebels ended following his infamous fall from a fourth-floor window at an Atlanta hotel in December, which led to an eventual suspension and his subsequent declaration for this year’s NFL Draft. Defensive tackle Woodrow Hamilton and defensive end Channing Ward are also gone after running out of eligibility, but the Rebels are confident they’ve built the depth to adequately overcome the losses.

“We miss Woody some for sure, and we’ll miss Robert, but I think our D-line has a chance to be good,” Ole Miss coach Hugh Freeze said.

The Rebels have six players back from last year’s regular rotation up front, including starting defensive ends Fadol Brown and Marquis Haynes, though Ole Miss isn’t as deep this spring because of injuries. Brown, who considered leaving early for the NFL before electing to return for his senior season, isn’t practicing as he recovers from a stress fracture in his foot while defensive tackles Issac Gross (neck surgery) and Herbert Moore (ACL surgery) are also being held out.

“I need to be a dog on the field, unblockable across the board,” Brown said of areas where his game can improve. “Play-to-play, being consistent and making plays. That’s all. I think I flipped that switch with me training and stuff. I feel stronger than ever. I feel good.”

Haynes is entering his junior season as one of the Southeastern Conference’s top pass rushers, notching 10 of his 17.5 career sacks last year while also leading the Rebels with 16.5 tackles for loss. Senior John Younglood played in 13 games last year, third-year sophomore Victor Evans is also there and true freshmen Charles Wiley and Tariqious Tisdale could provide quality depth at the position.

Men in the middle

As for where Nkemdiche used to line up, coaches and players believe they’ve got a capable replacement in rising sophomore tackle Breeland Speaks, who filled in for Nkemdiche in the Sugar Bowl and actually finished with more tackles (32) despite spending most of the season as Nkemdiche’s backup. Senior D.J. Jones is also back after recording 40 tackles in his first season out of junior college to give the Rebels a bulky duo on the interior to complement Gross’ quickness.

“With Robert gone, I really don’t see much of a dropoff there,” Youngblood said. “We have Breeland Speaks right behind him, a phenomenal player, and D.J. Jones with another year of experience. I think we’re right where we need to be. Just need to get guys healthy.” 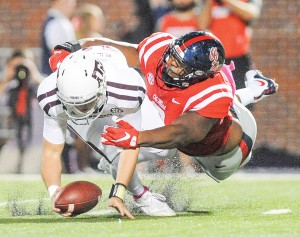 Behind them is a wave of youngsters trying to crack the rotation in sophomores Garrald McDowell and Ross Donelly, redshirt freshman Austrian Robinson and true freshman Benito Jones, an early enrollee who’s impressed this spring with a quick first step that’s rare for 6-foot-1, 285-pounders.

“We’ve got a lot of young cats who could be as good as Rob or even better than Rob,” Brown said. “Rob was a freak, but I think we’ve got enough talent in that room — Breeland, D.J., Benito, Austrian. We’re deep.

“I think the D-line will be the strength of the team again.”

The objective now is to have it fully intact in time for the fall.

“We’re without Fadol right now, without Herbert, without Issac in the team stuff,” Freeze said. “We need those guys to get back and give us the depth we need, but I think we have a chance to be OK there.”