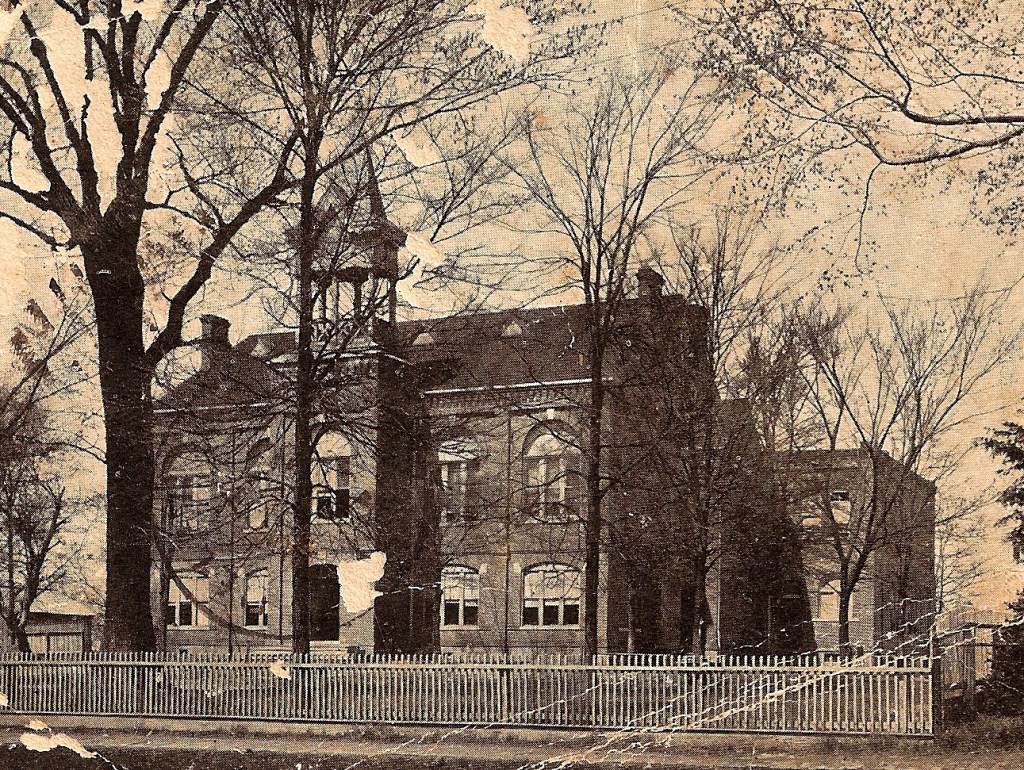 Recently I received an email and later a phone call from someone who was doing research on Faulkner and the time he spent in the Oxford School system.

He was from Smith College and was looking for information on Faulkner’s teachers and their impact on him and their method of teaching the Civil War and Reconstruction.

We all know that teachers bring into the classroom their life experiences and those experiences can have an impact on their students and Miss Ella Wright and Miss Annie Chandler were no exception.

These two ladies would be the ones that would have taught young William Faulkner, with their personal attitudes toward the War Between the States, laced throughout their classroom teaching. Both were daughters of Civil War veterans and the sting of the Reconstruction days was still hurting.

William Faulkner began his formal schooling, such that it was, in the Oxford Separate School District at the age of 8. The Falkner family had a family rule that the children were first taught to read and then at age 8 they would begin their formal schooling. Faulkner, from an early age, began to read and he read everything he could get his hands on.

In 1905 he was enrolled at the Oxford Graded School. Annie Chandler would become his first grade teacher, and she would have a bond with him from that first day of school.

I believe she saw that gleam in his eye — the same one that Miss Maud and Mammy Callie had seen while teaching the young Faulkner and his brothers. Later in life she even moved into his old home on South 11th Street.

Faulkner’s paternal grandfather purchased the home in the 1880s and when his son Murry moved his growing family to Oxford they would move into the home in 1903. Annie and her husband, merchant and farmer J.B. Brown, later purchased the home. The yard of the home was called “Miss Annie’s Yard” by us Oxford kids. It has been the playground of many generations of Oxford boys, including the Falkner boys.

Annie was the daughter of Dr. Josiah Chandler and his wife, Lula Thompson Chandler. They lived in a home on South 13th Street known as the Thompson-Chandler Home or the “Compson House.” It was the setting for Faulkner’s character Jason Compson’s home. Annie even had a mentally challenged brother, Edwin Dial, who was the basis for the Faulkner character Benjy. Annie’s mother was also the niece of Jacob Thompson.

In 1911, Faulkner would enter the seventh grade. At this time in Oxford, the Oxford Graded School had all 11 grades in one school. They did not have a 12th grade and all classes were in the same building. This would be the first time Faulkner would move from teacher to teacher’s classroom and where he met Ella Wright, the renowned history teacher at the Oxford Graded School.

Joel Williamson in his book, “Faulkner and Southern History,” writes of Ella, “He (Faulkner) was blessed with an especially gifted, much loved, and rather Junoesque young teacher named Ella Wright. ‘Miss Ella’ offered her students a rich array of Civil War and Mississippi history. Billy absorbed that lore thirstily, perhaps in part because of the source from which it sprang.”

Ella’s home was on University Avenue, just across the street from the Methodist church. She and her sister, Anna Wright Purser would live in the home for many years.

Purser was the wife of Dr. Frank Moody Purser, who led First Baptist Church for many years. In the antebellum days it was the home of Judge Jeremiah Howry.

Even today in the library of Rowan Oak is a copy of a novel about the Reconstruction period shortly after the Civil War, in the time when his two teachers were growing up in Oxford. Annie had made a gift to young William of a new book that would be the basis of the movie “Birth of a Nation.” The book bears the inscription “Annie J. Chandler 1905.” The title of the book is “The Clansman: An Historical Romance of the Ku Klux Klan,” by Thomas Dixon.

The Smith College researcher had also asked if I might know anything about the textbook that would have been used during this time of Faulkner’s life — 1905 to 1916. Along with some personal information on Faulkner’s early grade school teachers, the textbook provided the students would be helpful in his research on the educational influences in Faulkner’s early life.

It happens that I have a copy of the “School History of Mississippi” written by F.L. Riley and published in 1909. Aunt Sudie for some reason had kept a copy of this textbook. She was a teacher for 42 years and a 1930 graduate of Ole Miss who won the Taylor Medal for History.

I let the researcher borrow the book. I knew that he would get the feel of Mississippi at the time just after Reconstruction. What Faulkner would have gotten from his two grade school history teachers — an “un-reconstructed” bias.