LOOKING AHEAD: Rebels look to regroup after rare weekend sweep 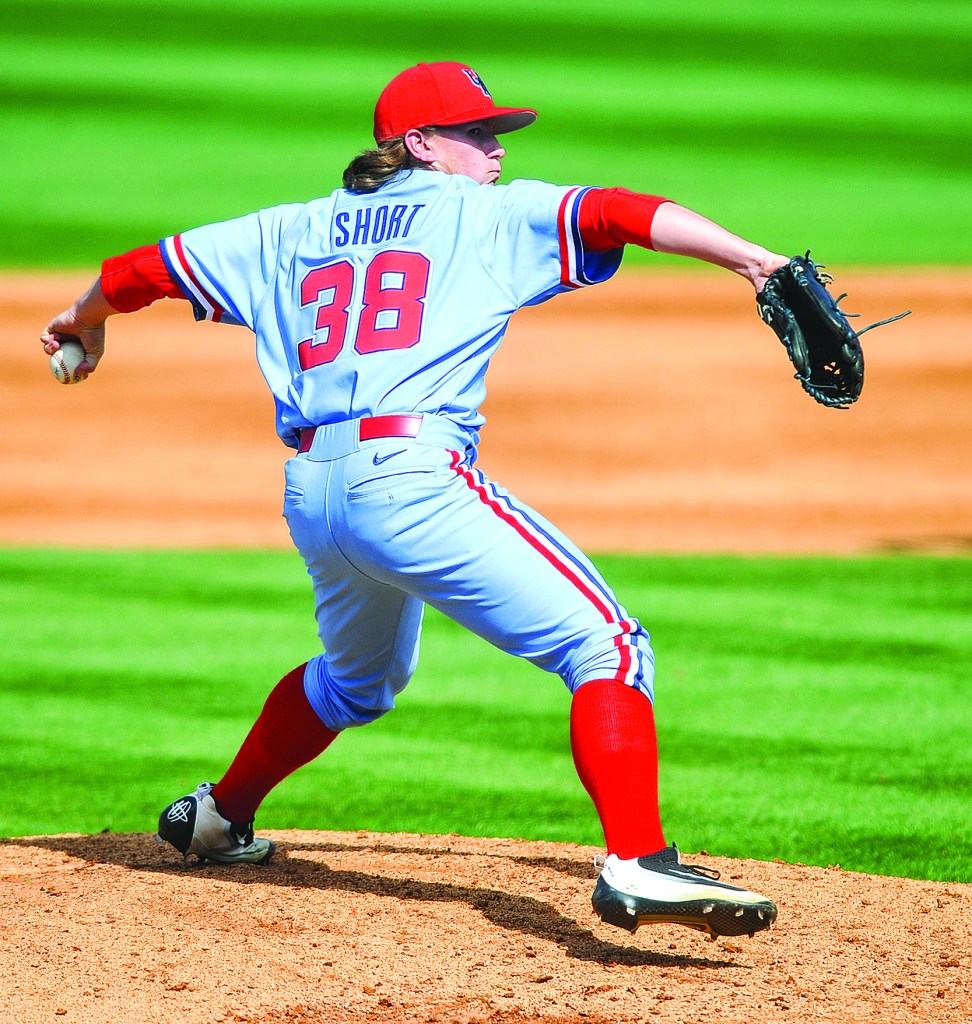 Ole Miss could continue to shake up its pitching staff following a winless weekend against South Carolina, including the possibility of moving Wyatt Short (38) from the bullpen to the rotation.

The first 22 games of the regular season went according to plan if not better than expected for the Ole Miss baseball team.

A series win over then No.2-ranked Louisville in the second weekend of the season followed by another top-20 win over then No. 18 Coastal Carolina, which was in the middle of a 12-game winning streak, were part of the non-conference highlights.

Then the Southeastern Conference slate for the No. 13 Rebels began which saw them take the opening series against Tennessee. Things were looking good after a midweek win over UT Martin to mark the best start in program history through 22 games.

The No. 7 Gamecocks completed a three-game sweep of Ole Miss (20-5, 2-4 SEC) on Saturday after a 4-0 win in the series finale. It was the first time the Rebels have been swept at home in an SEC series since April 3-5, 2013 against Vanderbilt.

After starting the season 20-2, Ole Miss has gone 3-4 over its last seven games dating back to the Tennessee series.

The Rebels struggled in all facets of the game against South Carolina, being outscored 18-6 in three games. Offensively, Ole Miss went 23 of 101 (.228 batting average) at the plate with the top half of its order going 13-for-56 (.232) and four runs batted in on the weekend.

“I wish I had the answer and say, ‘This is what we need to correct,’” Ole Miss coach Mike Bianco said after Saturday’s loss. “We got to get back to just playing good baseball. Stick together and not lose a lot of confidence from this. This was a tough weekend for us. Great crowds against a very good team. We just didn’t play very well, and (South Carolina) showed how good they are.”

On the mound, it was not much of a different story. No starter lasted longer than the fifth inning with Chad Smith working 4.2 innings on Friday, one out longer than Thursday starter Brady Bramlett lasted.

Freshman Andy Pagnozzi got his first SEC start on Saturday, replacing Sean Johnson, who was deactivated for the weekend to rest his arm. Johnson is a little more than 12 months removed from going under the knife for Tommy John surgery.

Bianco noted Johnson would be back this weekend against Mississippi State but would not say if it would be in a starting role or out of the bullpen.

The bullpen was not at its best either, giving up six runs — four of them earned — to the Gamecocks after coming into the weekend with a sub-2.00 earned run average.

Different role?
To make matters more murky, closer Wyatt Short came in for relief of Pagnozzi in the fourth inning and worked the final 20 outs of the game, generating more chatter over who might could become the newest Sunday starter for the Rebels in what has been a revolving door at that slot the past couple of seasons.

“We talked about it early on (in the season)”, Bianco said of making Short a starter. “Especially after the outing (Saturday). But there’s other things. Once you pull him out of (the bullpen), the back end gets complicated. … We talked about it, and it’s always been in the back of my mind. But we were hopeful that we would have enough on the front end that we could leave him on the back.”

Ole Miss will try to rebound from the rough weekend with a trip to Memphis on Wednesday for a game against the Tigers at Autozone Park followed by a weekend visit to Starkville for a series against No. 5 Mississippi State, which is coming off a series win over Georgia.