Treadwell giving back with local camp 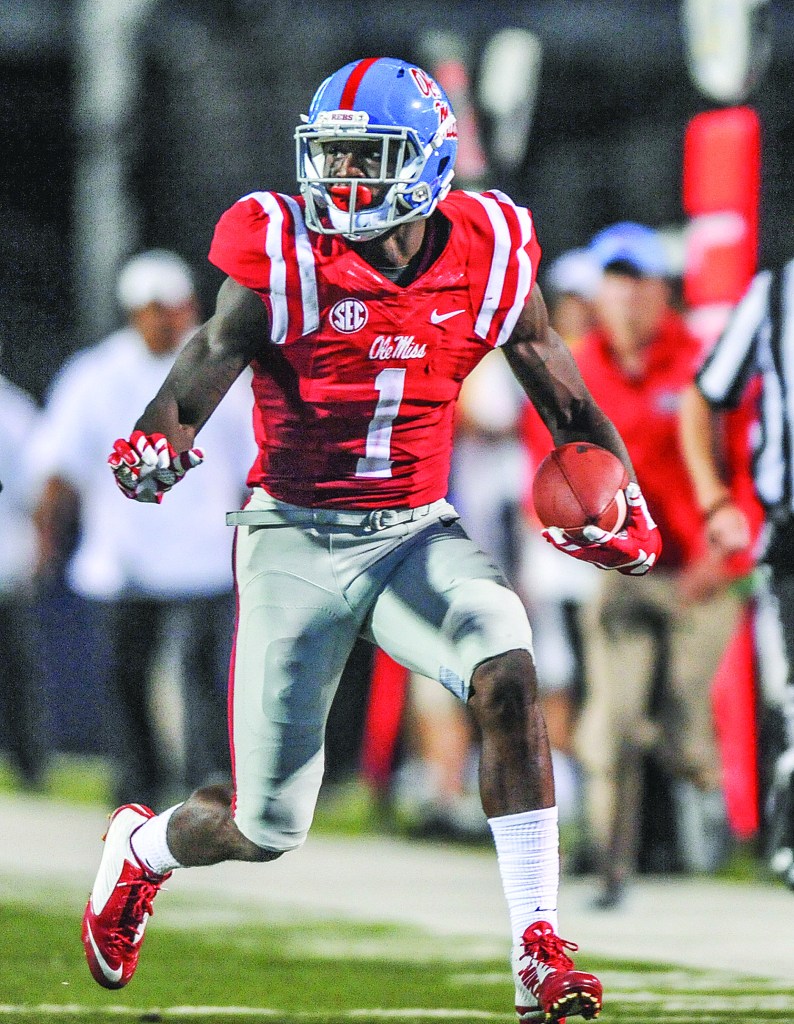 Former Ole Miss receiver Laquon Treadwell will leave one more impression on the town he calls his “second home” with a youth football camp Saturday in Oxford.

Most of Laquon Treadwell’s time these days is spent preparing for next month’s NFL Draft, but the former Ole Miss receiver will soon take a break to give back to the city he’s called home for the last three years.

Treadwell is partnering with Everett Sports Marketing to hold his first football camp in Oxford on Saturday. The camp will be held at FNC Park from 5-9 p.m. for 200 players ages 6-16 and will focus on fundamentals.

“They worked it out with the camp and the park,” Treadwell said. “I’m happy to do it, I’m ready to do it, and it will be a fun experience. It felt like it was the right thing to do, to give back to the community before I leave.”

Treadwell has put his own financial twist on it to ensure all campers are able to attend.

Instead of taking a fee from the marketing company to put on the camp, Treadwell has decided instead to forego compensation and put that money toward helping pay the $75 registration free for 55 low-income and underprivileged campers. Campers can register at www.everettsm.com or by calling 864-350-1222.

“I didn’t know they were charging kids to come to the camp at all, so once I found out, I was like, ‘I don’t want any income from the camp. I want to do it for free.’ We wanted to figure out how to give it back to the kids in the community, and that’s what the marketing company came up with.

“That’s what I wanted to do once I figured out it would cost that much money. It’s just something that worked out. It’s something I really wanted to happen.”

Treadwell will be in charge of the wide receiver station, though each camper will receiver individual instruction from him. He said he’ll try to get some of his college teammates to help run the camp.

Not everything at the four-hour camp will be about football, Treadwell said. He said he plans to talk toward the end of the camp “a little bit about picking a role model and about leadership and those leadership roles. Just a bunch of different things. … This is my first one, and I’m getting my feet wet a little bit. Just want to be a person that gives back with the opportunity that I have.”

Treadwell said it wasn’t necessarily the plan to have his first camp in Oxford, but it was fitting nonetheless.

“I would call (Oxford) my second home. I’ve been here for three years, and I’ve grown here a lot,” said Treadwell, a Crete, Illinois native. “I’ve built a relationship with some of the kids at the grade schools here. Giving back, providing (camp) scholarships and letting them be able to come to a camp where they can have fun and enjoy it I guess. That’s very important.”

The projected first-round draft pick doesn’t plan on it being his last in town either.

“There will probably be more,” he said. “I’ll try to do one probably every year where I build my brand and I set myself up where I can do more and give back a lot more.”

COMING UP EMPTY: Rebels drop finale, swept by No.…